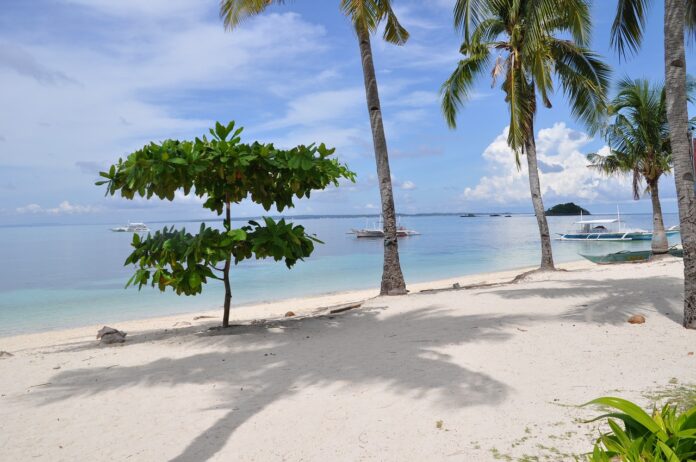 If you want adventure, in this country you will get the necessary elements to live new experiences.

In a country that has 7,107 islands marine tourism is without a doubt its main point of reference. The beaches that you will find do not cease to amaze you, with their crystal clear waters and paradisiacal postcardsbut there are also a large number of marine creatures that you can enjoy at the bottom of the sea.

But that is not all. there you will get yourself kind, friendly and welcoming peopleThey call it the country of smiles for a reason. and you will observe geological formations that will leave you speechless volcanoes and colonial places to which you can move through a jeepney, the traditional and colorful vans that move you from one place to another.

So that you know some must-see places on your tour, we leave you 7 places you have to visit in the Philippines.

This set of islands that resemble a labyrinth is considered one of the most beautiful places on the planet. It is located north of Palawan and can be easily reached by one of the traditional Philippine boats. The mixture that you will observe is truly wonderful. Rocks, virgin lagoons, coral reefs, beaches adorned with huge palm trees and immense limestone walls await you in the region.. Don’t worry about accommodation, you can get it in one of the villages where the fishermen live.

We arrived to the Philippine city of Badian, which is located on the island of Cebu. There the tranquility takes over the visitor and what follows is to enjoy the water, where many take the opportunity to bathe under them. The blue seen up close impresses the eye and each of the three levels that make up the waterfalls gives you more strength and speed. To go from one side to the other you do it by means of some small bridges, from where you can observe the passing of the river. There are several ways to get there by road and not miss out on this wonder.

It is known as the walled city and the walls were raised in the 16th century to protect against invasions. During World War II it suffered severe damage, however it was repaired and declared National Historical Heritage. It is the oldest neighborhood in Manila and one of its main symbols.

We arrive at ifugao provincein the north of the Philippines to delight the eye with the rice terraces of Banaue, Batad and Bangaan. They are places that they say are two thousand years old and where you have a great opportunity to go hiking and get to know the nearby towns. They are listed as Heritage of humanity by unesco and they have a series of springs that allows them to always have irrigation and stay green. Often, due to natural phenomena, they have suffered some damage, however they continue to be an important tourist attraction in Southeast Asia.

These geological formations are located in the Island of Bohol. It’s conformed by 50 kilometers of land in which a total of 1,268 cones in the shape of chocolates. This place appears reflected in various documents of the country and has the application to be named heritage. All this phenomenon was caused by erosion after the rains and the best time to see it is in summerwhen the grass that covers it dries up, giving its name more connotation.

This is one of the many active volcanoes found in the Philippines, located in one of the areas with the greatest biodiversity in the country and which It is preserved as a natural heritage. The mountain where it is located has a height of 1,552 meters above sea levelwith an environment that brings together 3,000 hectares of forest and a spectacular seabed.

And of course, the recommendations cannot leave out the country’s capital, Manila. Above we told you about the Intramuros neighborhood, but you also have the opportunity to visit the Fort Santiago, the Cathedral, the Puerta de Santa Lucia and the Church of San Agustín. You will contemplate the modern avenues surrounded by skyscrapers or the sunset right on the shore of the bay. It is one of the great cities of the continent to which it is worth dedicating a few days of your trip.