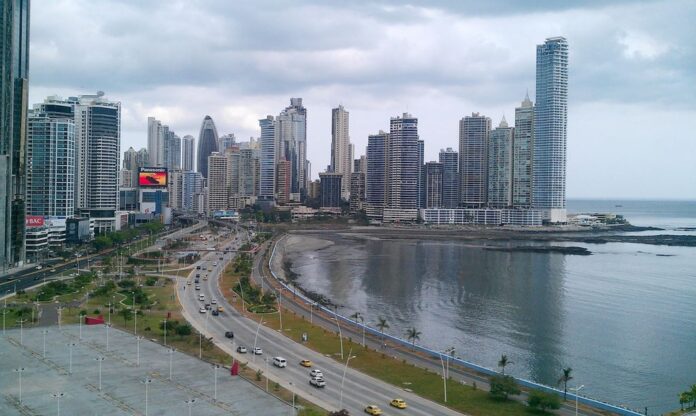 One of the world’s greatest crossroads is Panama, a snake-shaped region that divides continents and oceans.

Urban life, beautiful natural landscapes, paradisiacal beaches and a rich culture have turned Panama into a very popular destination for foreign travelers. Luxury hotels abound in the capital, as well as renowned restaurants that offer a wide range of national and international gastronomy. Likewise, we must highlight the lively nightlife, with places of entertainment for all tastes.

The Panamanian climate is tropical, so Any time of the year is good to visit the country. Its main air terminal is the Tocumen International Airport, which is located in the capital city. From there, connections are made with the main cities of the continent. The only way to enter by land is through Costa Rica, using the three available bus routes.

If you are concerned about accommodation, you should know what there is for all budgets. They are likely to be a little more expensive than the countries around it, but they are not unaffordable. The official language is Spanish, although they have influences from the French and the English. According to the latest figures, its population is 3.4 million inhabitants, who live in an area of ​​75,000 square kilometers that borders Colombia and Costa Rica.

As you can see, Panama is a very beautiful place with dozens of things to show. If you want to enjoy it to the fullest, here we have the best places to include on your route. Of course, everything will depend on the time you set aside for your trip and the budget you have planned.

A complete route through Panama that you will not regret

Although one of the main attractions in Panama is the canal, there are many other things that are interesting. So you can check it every time you arrive in their territory. Do not forget to bring your camera or cell phone to record unforgettable moments.

The ruins of the city that was founded in 1519 They were declared a World Heritage Site by UNESCO in 1997. They are only 10 minutes from the capital and a ticket must be purchased to enter the zone that covers 57 acres. In colonial times, it was one of the main points of trade with Spain and very close, is one of the traditional neighborhoods. Among the remains that have been preserved are the original cathedral, churches, convents and a hospital.

A recommended option to be in contact with nature is to go to the highest point in the country, at 11,500 feet. On the slopes there are huge coffee plantations, while in its jungle paths you will find one of the most beautiful birds in the world, such as the Quetzal. You have the opportunity to hire a guided walk or, failing that, a 4 x 4 tour.

This beautiful beach is the meeting point for surfers. It is located six hours from the capital and the community is made up of just over 300 people, so you will be able to observe the atmosphere of the town from the moment you arrive. They offer camps to learn to surf, as well as the rental of the necessary implements for the practice. It is a quiet space in which there are no luxury hotels or large restaurants.

In the list of the 7 Wonders of the Modern World is this channel that has 80 kilometers long. Its construction took approximately a decade, with the work of 40,000 people. Every year, some 15,000 ships navigate its waters to cross from the Caribbean Sea to the Pacific Ocean. It has an observation platform and a visitor center where guided tours are offered.

The country’s capital has many things to do. It will be useful in case you have little time to visit other regions. The metro is the best option when it comes to getting around. It is economical and with a reliable service. Bolívar Square is a starting point to go to other places, such as the Miraflores Locks, the Gamboa Rainforest, the San Lorenzo Fort, Ancón Hill, the Museum of Biodiversity and the Panama Coastal Strip.

This archipelago made up of nine tropical islands has an enormous number of natural attractions to have a good time. Inside they have about 300 islets that can be explored aboard a kayak. The atmosphere is nice and relaxed. In addition to enjoying the water, the day is spent exploring nature, in an area that is home to 95% of the coral species in the Caribbean. You can take a bus or plane ride from the capital to get to Bocas del Toro.

This small town is located in the Chiriquí area. The adventures available are varied. It is possible to go trekking or simply visit one of the many waterfalls who hide in their mountains. It is one of the coffee-producing areas of Panama, which is why they give you the opportunity to walk through one of the farms and see the plantations up close. From there you access the Barú Volcano and observe the spectacular region from the heights.

This territory is one of those with the greatest natural diversity in Central America. D.Since 2005 it has been recognized as a World Heritage Site by Unesco, because of its critical role in protecting the world’s ecosystems. The adventurers will have the opportunity to explore the different islands, roads and ancient monuments that are located nearby.