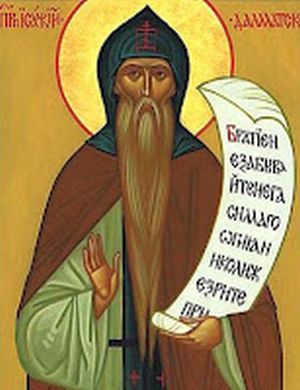 Today May 30th we celebrate San Isaac “The Dalmatian” who was a Christian hermit and religious.

Saint Isaac “The Dalmatian” is likely to have been a native of Syria and as a young man decided to live as a hermit for a time in the desert outside Constantinople.

Saint Isaac “The Dalmatian” in the year 378 learned that Emperor Valente had fallen into the Arian heresy, and that he was persecuting Orthodox Christians.

Therefore, he decided to confront him and he did so, and after several attempts to dissuade him from persecuting the Christians of Nicaea, he prophesied that he would die in flames, for which Valente sent him to jail.

And although he had already sentenced him (Issac) to death, the emperor died just as Issac had predicted.

When Theodosius I came to power, he ordered the churches to be opened and allowed the Catholic religion without any restrictions.

Saint Isaac “The Dalmatian” died in the year 383 of our era.

There is no more information about the life and work of Saint Isaac “The Dalmatian”, although what is a fact is that his celebration takes place on the day May 30.