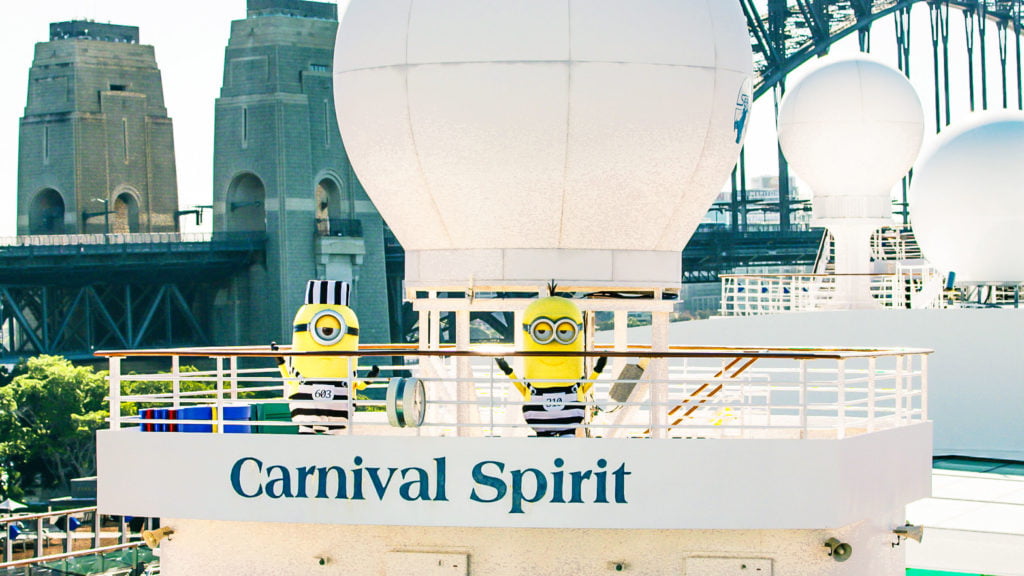 Carnival Cruise Line has welcomed some colourful guests onboard its Australia-based superliner, putting the ship’s fun limits to the test.

To celebrate the release of Despicable Me 3 in cinemas from June 15, the movie’s mischievous minions Kevin & Stuart took over Carnival Spirit for the day.

With the cruise line and the minions both known for their high fun stakes, it turned into the ultimate meeting of cheeky minds.

“We’ve all seen the Despicable Me movies but we had no idea that these little yellow characters could get up to so much mischief on our ship,” Ms Vandekreeke said.

“They went nuts over the fruit carving, couldn’t get enough of the Waterpark, where they soaked up some sun and playfully tried to shuffle one another down the Twister waterslide.”

“They had so much fun, they left behind a surprise for our guests embarking on Sunday and rumour has it, Kevin & Stuart will be back with another Despicable friend.”

See part two of the minion Carnival Spirit takeover when the ship is docked at Circular Quay on Sunday (June 4).

Stay tuned to Carnival Cruise Line’s Facebook and Instagram accounts for details on how to win one of 50 Despicable Me 3 packs, which include a family pass to see the film.