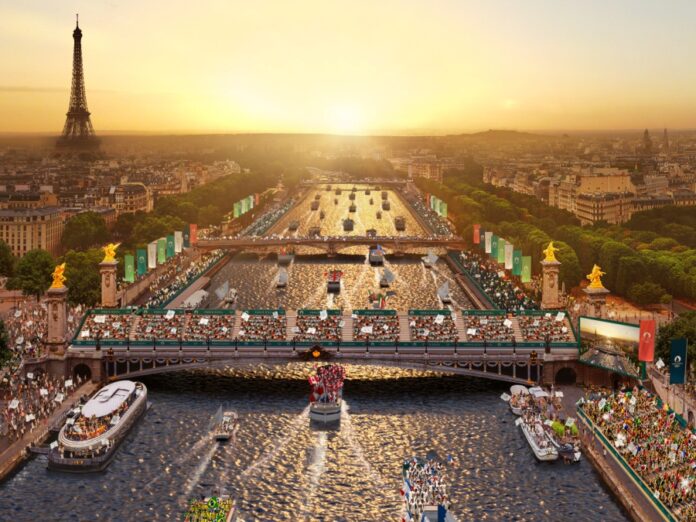 The 2024 Paris Olympic Games promise to be one of the most ambitious events in history and will also be within everyone’s reach, since its inauguration will be on the Seine River and the competitions will take place outdoors in emblematic sites of the French capital.

Undoubtedly, the inauguration always generates a lot of expectation and many want to be part of it, and that is why the Paris 2024 organizing committee ensures that the opening ceremony It will be the marker for some spectacular, creative, innovative and open games.

According to the official page of Paris 2024, to be part of the inauguration, tickets can be purchased to have a place on the lower quays of the Seine River, as well as on some bridges, where an unforgettable experience will be lived as close to the shows and the passing of the boats with the athletes. In addition, the upper platforms will be opened to the general public so that they have free access, and 80 giant screens will be installed along the route so as not to lose detail of the show.

The price of the tickets have not yet been officially announced, it is expected to be done this spring; however, the daily The Parisian published an article with what would be the price list for the opening of the Olympic Games.

According to Le Parisien, there will be different types of tickets, which are the following:

Most of the 600,000 spectators who will attend will be able to obtain a place for free along the six kilometers of the route on the Seine River, between the Austerlitz bridge, up to the Bridge D’Iena, at Trocadero.

For those who want to have a place closer to the Seine, tickets would be offered from 90 to 2,700 euros.

Those who want a VIP service should hire the On Location agency, which offers a high-end service to its clients at the opening and competitions. For the inauguration it would offer tickets at 5,500 euros (4,250 euros for a sponsor). The places would be located in a VIP grandstand with access to a reception area.

The highest price to be part of the inauguration would be 25.00 euros and corresponds to limited places to be as close as possible to the delegations, from a cruise ship. According to the organizing committee, these prices were established after conducting market research with potential customers.

Undoubtedly, there would be a great variety in the prices of the opening of Paris 2024 and despite the high rates in some options, the priority is that we can all be part of this sports festival, by assigning a large number of free places and many others at affordable prices.

Also read: How to compete in Paris 2024 without being an elite athlete?

If you want to attend the Olympic Games in Paris, you are in time to save and remember that You can register for the raffle now. of tickets for the competitions.