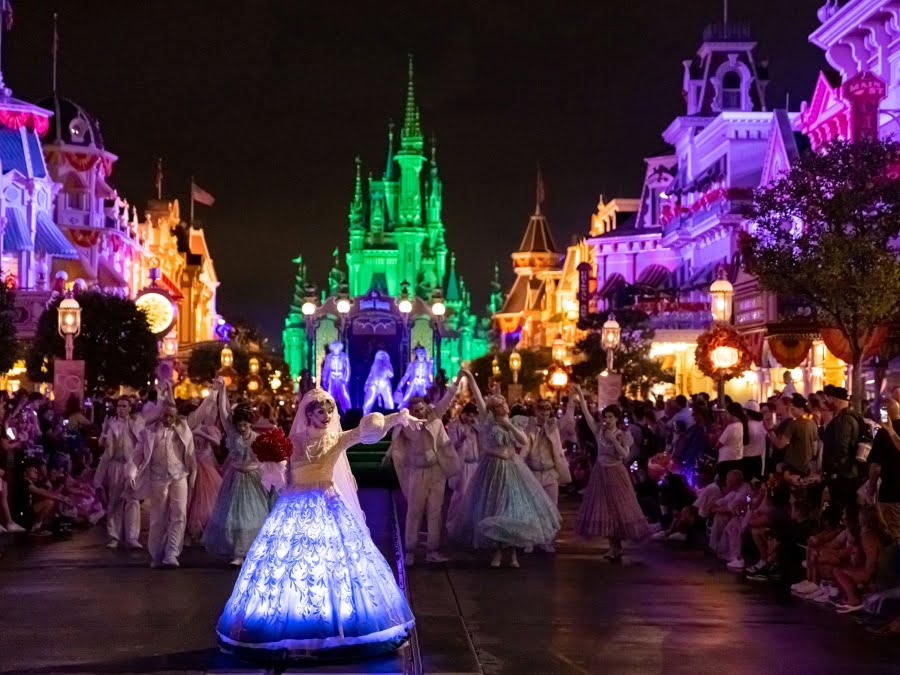 Mickey’s Not-So-Scary Halloween Party is held on select nights from August 12 through October 31, from 7:00 pm to midnight.

Some attractions that can be enjoyed are:

Plus, before “Mickey’s Boo-to-You Halloween Parade” you can dance to ”Stand Out” as you head to Main Street USA, with a very impressive 90’s crew led by Max Goof dressed as Powerline,! your favorite pop superstar! 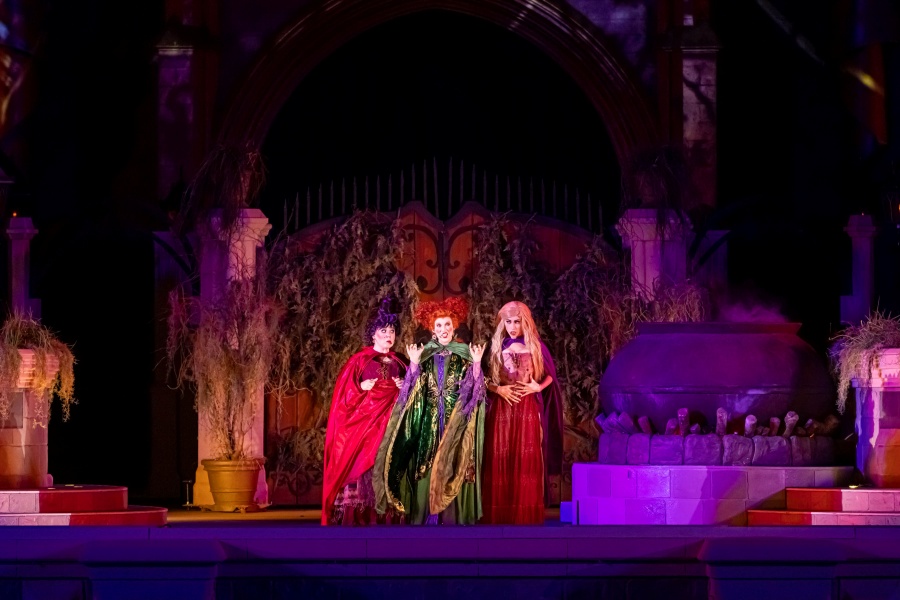 They can also join Zombies and Cheerleaders at the ZOM-BEATZ BASH! while listening to music inspired by the original ZOMBIES movies on Disney Channel.

Magic Kingdom will be completely transformed to celebrate Halloween.

Travelers can walk down Main Street, USA, where pumpkins and scarecrows are everywhere and Disney characters are dressed in their best Halloween looks. 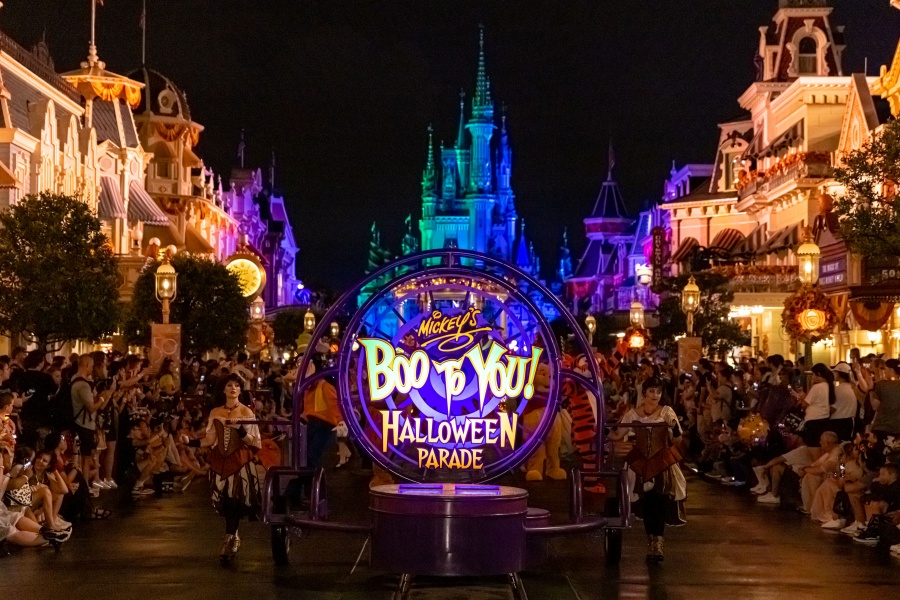 Shops are decked out in fall foliage and garland, and there are plenty of pumpkin-spice candies and treats to make the season feel even more magical at this Walt Disney World theme park.

Through November 19, visitors can drink, savor and repeat on six continents at the EPCOT International Food & Wine Festival.

The festival offers new experiences for foodies and families alike as part of the “World’s Most Magical Celebration” in honor of Walt Disney World Resort’s 50th anniversary.

More than 25 festival food and wine markets located throughout EPCOT celebrate the best in global food and drink.

This year, Disney’s creative culinary teams have dreamed up one-of-a-kind dishes, so nearly a third of the menu offerings are new. 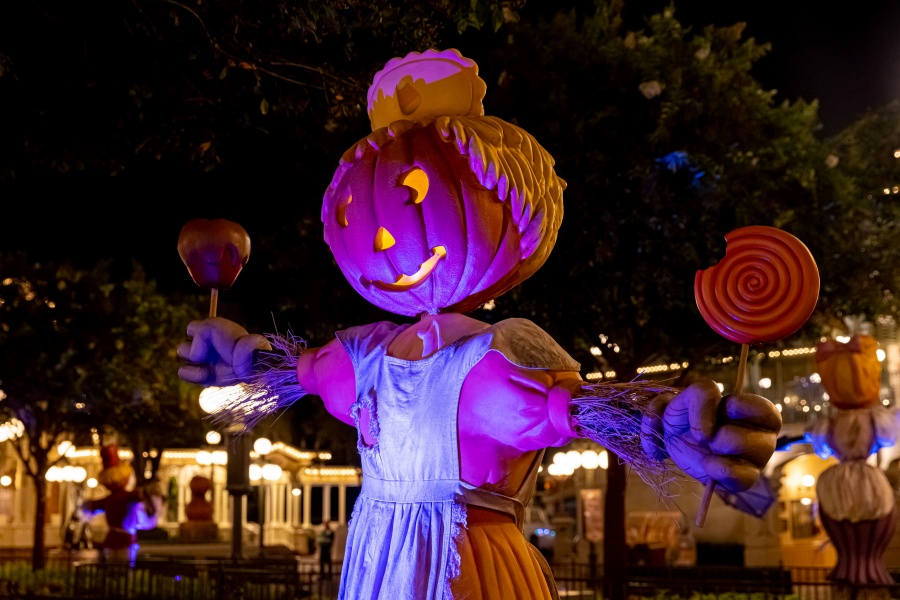 Also, from September 29 to October 31 (or while supplies last), there will be a special Halloween celebration at Pluto’s Pumpkin Pursuit. With the purchase of a map and stamps, guests can search EPCOT for hidden decorative pumpkins featuring Disney characters. Whether looking for the pumpkins or not, visitors can return their maps to redemption locations in the park to receive a festival souvenir.

The 2022-2023 runDisney racing season kicks off November 3-6 with the Disney Wine & Dine Half Marathon Weekend. 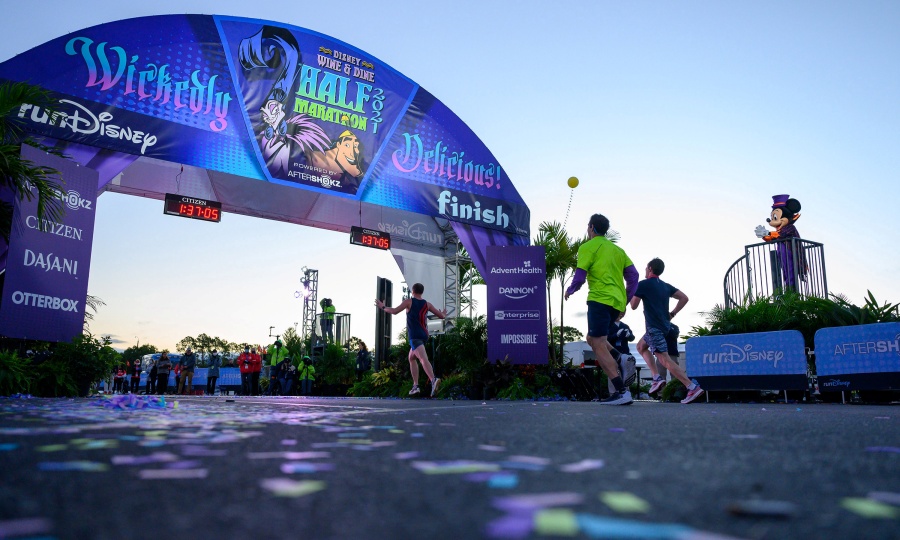 The weekend features a Coco-themed 5K, a Raya and the Last Dragon-themed 10K, and a half-marathon celebrating the music and magic of Soul.

Visitors can also experience the runDisney Health & Fitness Expo at ESPN Wide World of Sports Complex, including the opportunity to purchase merchandise and gadgets for runners.

Olympic track and field champion and reality TV star Sanya Richards-Ross will be among the thousands of competitors at this year’s race weekend.

The magical weekend will culminate with a unique post-race party at the EPCOT International Food & Wine Festival. Registration for the Half Marathon and the Challenge includes admission to this event outside of normal park operating hours. Friends and family can purchase post-race party tickets to join in the celebration with their favorite runners.