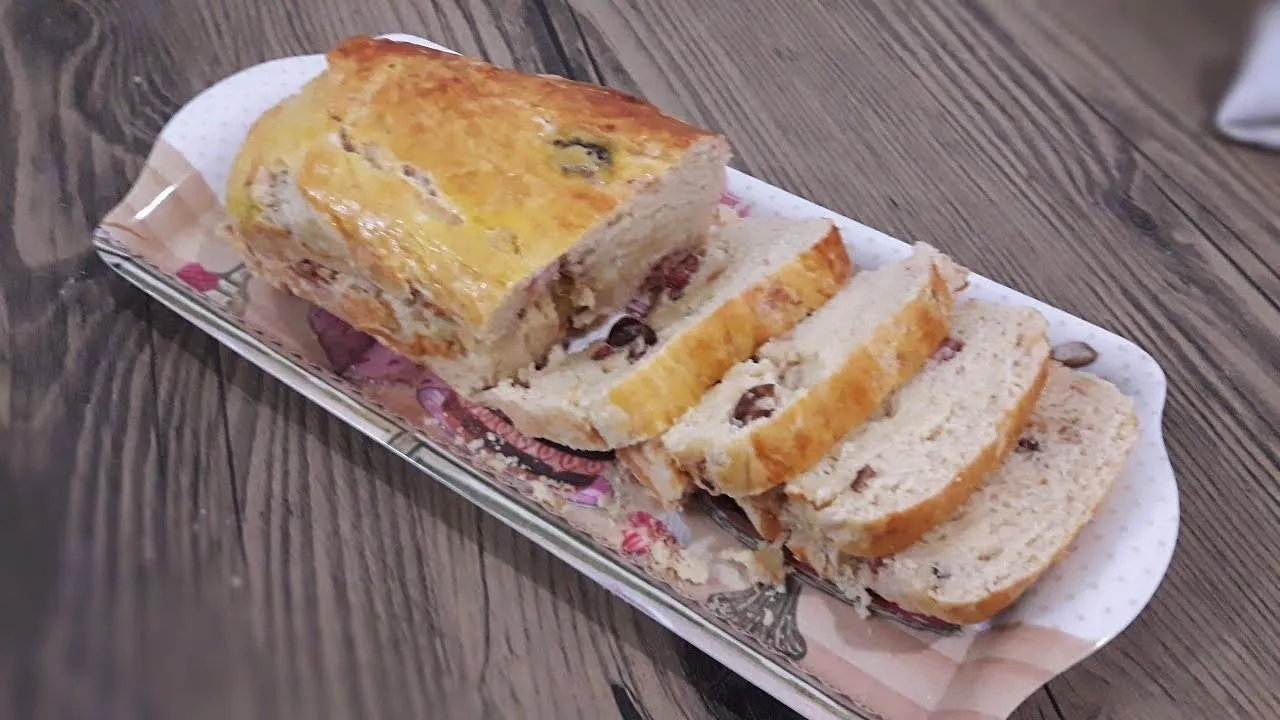 With Mexican cuisine recognized as Intangible Cultural Heritage of Humanity, you can imagine the delight of this post “6 Tacos you must try in Mexico”.

Talking about Mexico is synonymous with tacos and vice versa, whether you visit the country or find a Mexican food restaurant in the world, they always have tacos, although they are not always as tasty as the local ones.

The seasoning of traditional Mexican cuisine has a long list of specialties that will have a special taste depending on the destination you visit and that is what invites you to tour Mexico on a gastronomic tour that you will never forget.

Tacos, pozole, enchiladas, flautas, gorditas, tamales, quesadillas, chilaquiles, stuffed peppers, are something you can taste and that, depending on where you do it, will have that particular flavor.

A tamale in Chiapas is not the same as a tamale in Sinaloa, nor is a cochinita pibil taco from Campeche the same as the same taco, but made in Mexico City. You have to go and try…

The importance of the taco in Mexico

The RAE defines the taco as “Corn tortilla rolled with some food inside, typical of Mexico”, in such a way, except for other meanings of the word, officially the taco is Mexican.

There is no doubt that this famous dish is part of the identity of the Mexican people and as such, its preparation deserves a whole protocol; This is why the taquero trade exists, which, in Mexico, is not exercised by just anyone.

Another not minor detail regarding the taco is that it has its day on March 31, a date recognized in Mexico as Taco Day; The origin of the celebration is due to a television campaign carried out in 2007.

But this dish is so important that in the United States it also has its own day, October 4, which is commemorated with very good discounts from the stores that sell it.

One of the curiosities of this popular food is revealed by a study by Baruch Sanginés, a demographer and geographer from UNAM, who in 2019 developed a map where he located all the taquerias in the country.

This study also confirmed that, with few exceptions, 95% of people in CDMX have a taco stand 400 meters from their home and that in Mexico there is one taqueria for every thousand inhabitants.

A taquito, the type you want, is not denied to anyone. 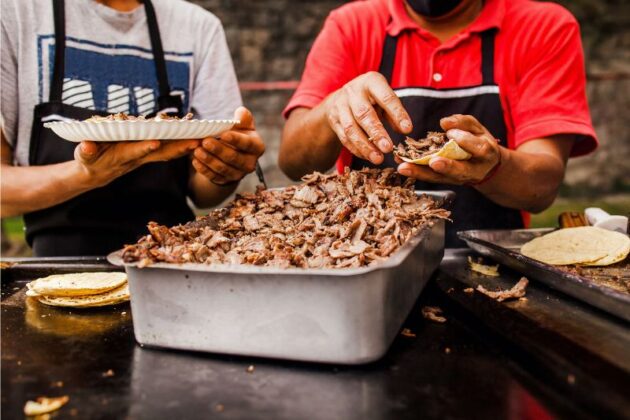 What are the best selling tacos?

It is impossible to deny that the taco is the quintessential national food, but there is not a single flavor, on the contrary, the list of tacos can be quite extensive, the important thing is a good corn tortilla, its spicy sauce and the cilantro with onion well chopped.

Among the favorite tacos that compete for the first place in the ranking, we have: 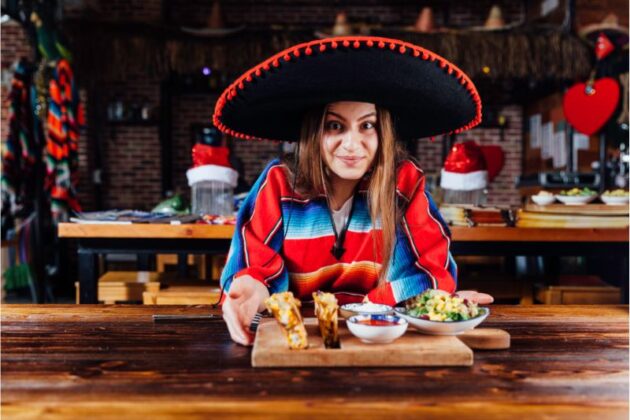 It is said that it has its origin in shawarma, an Arab dish brought to Mexico in the 19th century by Turkish immigrants and that was adapted to the local gastronomy.

This is how the preparation went from using lamb meat to using pork meat, the Arabic bread is replaced by corn tortilla and chili and achiote were added to the spices.

Today to eat some delicious tacos al pastor you have to go to a taqueria since that is where they are prepared in a top, as it should be.

Its preparation is with pork marinated in chili sauce, which is roasted vertically in the famous top adorned with a pineapple and left to cook slowly for hours.

Then there is the magic of the taco maker who is in charge of filleting the pieces of meat that will fall on the corn tortilla to be accompanied by a touch of pineapple. Very tasty. 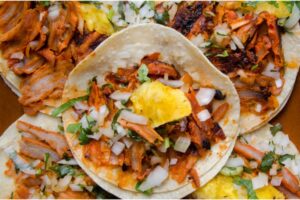 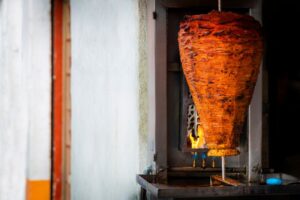 These delicious taquitos are made with nixtamalized native corn tortillas, a fundamental requirement for a good basket taco to come out.

The fillings can be potato, bean, marinade, pork rinds, there are also mole, pipian, potato with chorizo, rajas with cream, etc.

Once the tortillas are filled with their stew, they are bathed in oil with proper protocol so that they become the delicacy that many of us are going to savor. Not forgetting the green or red sauce, onion and cilantro to accompany.

Originally from the mining regions of Hidalgo and Guanajuato, this taco was a food that could be transported and kept “warm” wrapped in rags, and it was also easy for the workers to eat. 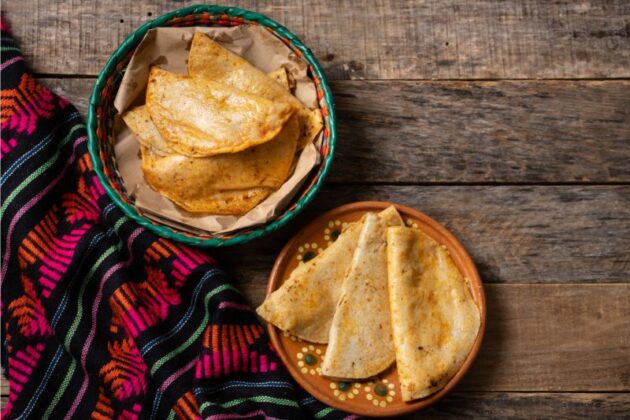 One of the chosen ones, with a background in ancestral techniques from the Huasteca Potosina, the beef barbecue tacos delight palates throughout Mexico.

What used to be cooked in a well is now done in a pressure cooker, but what is tasty is achieved because it is achieved…

The preparation requires beef suadero meat and a long list of vegetables, spices and chili peppers, a job that is not for everyone, although if you dare to do it, tell us how it went later. 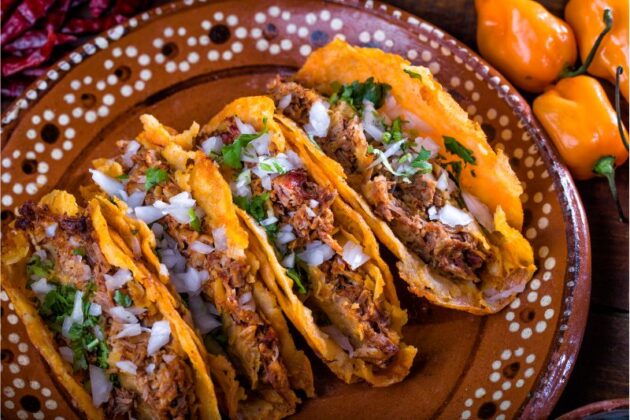 They have their origin in Puebla, in the recipes brought by immigrants from the Middle East. Its preparation at first was lamb, but over time and due to its cost, it is replaced with pork.

The Arab tacos are made with charcoal-roasted pork and of course they have their secrets in the preparation, with a detailed list of instructions so that the result does not disappoint, a delight that delights with its flavor. 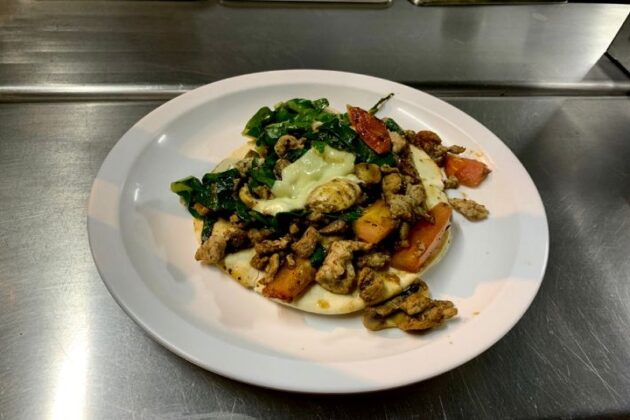 These tacos are originally from Sinaloa, they are a different type of taco, with a preparation that includes a folded tortilla, with some type of filling that is then fried until golden or crispy.

It is served accompanied by green chili or red chili, cabbage or lettuce, cream, guacamole and some type of cheese.

This taquito has many ways to prepare it depending on the destination, some options are golden bean tacos, beef or chicken tinga, cochinita pibil, barbecue, carnitas, pork rinds, cheese, hash, potato, etc.

The good thing is that, if you are a vegetarian, there is a delicious golden taco for you… 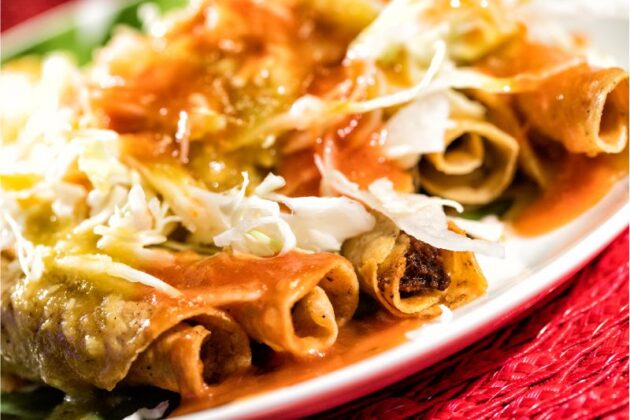 Suadero tacos have no record of a specific origin, but they are highly demanded in Mexico City, which is why it is said that it was born there.

In case you did not know, suadero meat is the one that is located between the ribs and the skin of the beef, with a layer of fat and one of meat, so it is far from being soft, but with proper cooking, it is achieved what many love, a rich suadero taco with a totally different flavor than any part of the beef you can try.

With a double corn tortilla, the suadero pieces are accompanied by onion and cilantro, ready for you to choose the sauce and it’s time to taste… 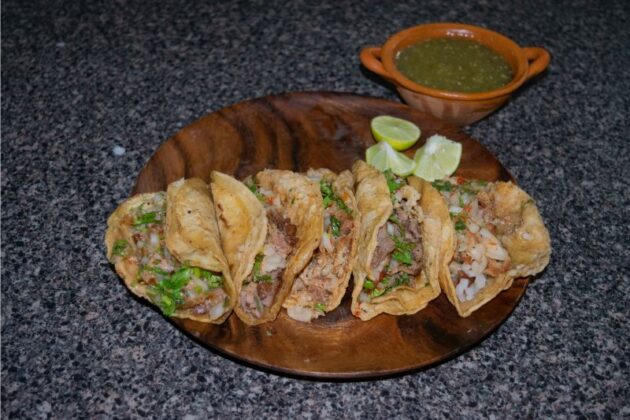 Which one did you fancy? Don’t suffer anymore, walk those 400 meters that separate you and go get your cue…