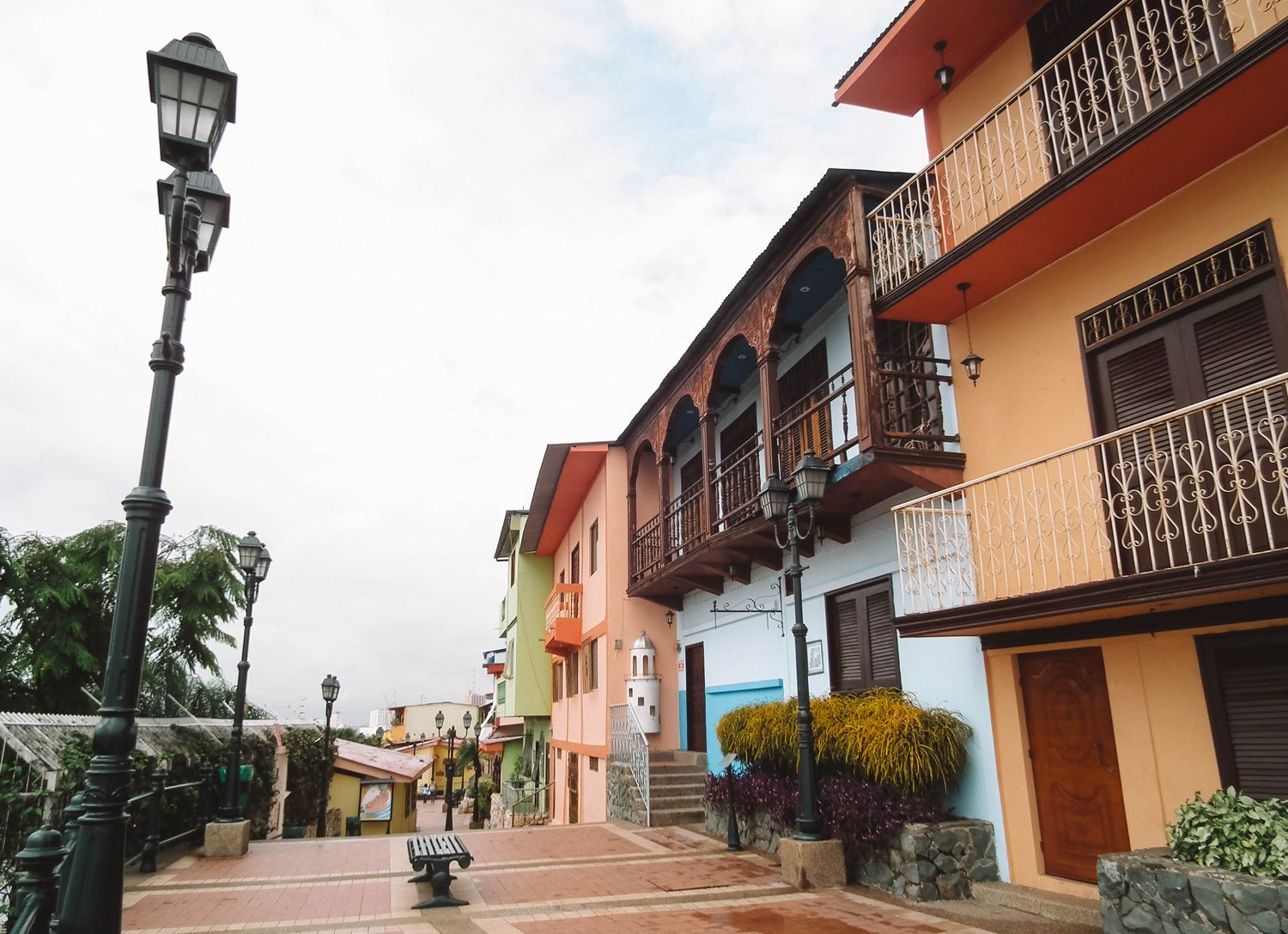 Staying in Guayaquil for at least one night is recommended to know the essentials of the largest city in Ecuador. And choosing a good area is almost the most important thing! Unfortunately, in recent years Guayaquil is experiencing a wave of violence, becoming one of the most violent cities on the continent. But “The Pearl of the Pacific” deserves a visit. we tell you the best areas and hotels to stay in Guayaquil.

25 things to do in Guayaquil

On this map you will find marked the best areas and hotels to stay in Guayaquil. From green to orange, from more to less recommended. Although depending on your trip, one will be better than the other!

WHERE TO STAY IN GUAYAQUIL: BEST AREAS AND HOTELS

1. Malecón 2000 and surroundings, the most practical area to sleep in Guayaquil

Although the Malecón 2000 can be considered part of the center of Guayaquil, we believe that being the most touristic area, it deserves a special section. We believe that It is the most convenient area to stay in Guayaquil because it has a lot of facilities.. There you will find lots of entertainment options, nightlife and excellent cuisine.

Plus you’ll be super close to the main attractions of the city such as Cerro Santa Ana, the Cathedral of Guayaquil or the curious Parque Seminario. You can basically walk everywhere!

The surroundings of the Malecón 2000 are one of the best areas to stay in GuayaquilAlso for your safety. Although Guayaquil has a reputation for being dangerous, in the most touristic area is where you will feel safest. Of course, you always have to be careful with pickpockets and, especially, at night.

Regarding the prices, Despite being the most touristic area, prices are not very high and you can find options for all budgets. Even sleep for $30 a night! The most luxurious hotels in Guayaquil are located more in the center of the city.

With the Malecón 2000 aside, the center of Guayaquil has a wide variety of attractions. One of the prettiest is the beautiful Municipal Palace, a renaissance gem. Although we cannot forget the Parque de las Iguanas or its beautiful Cathedralone of the most spectacular in Ecuador.

At a tourist level, the city center It is one of the best areas to stay in Guayaquil. And it is also the one with the most hotel offer! You will be close to everything and you will not miss anything.

Especially it is advisable to look for accommodation on Avenida 9 de Octubre, the main commercial artery of the city. It connects the Guayas River with the Malecón El Salado, passing through some of Guayaquil’s best attractions and plenty of shops and restaurants.

Our recommendations in the center of Guayaquil:

3. Las Peñas, the most picturesque area to sleep in Guayaquil

if you are looking for a special area to sleep in Guayaquil, Las Peñas is the ideal! This neighborhood, located northwest of the center of Guayaquil, it is the most picturesque and traditional neighborhood of the city. One of the essentials for any tourist!

What is the attraction of Las Peñas? What the neighborhood is full of colonial houses that will make you travel to the past. And the best of all? What they have now been restored and now you can enjoy art galleries or restaurants inside. It is very worth it!

In addition, in Las Peñas you can go up to the Cerro Santa Ana, the most famous viewpoint in Guayaquil. From above you will have an unbeatable view of the city.

The bad thing is Las Peñas does not have too many accommodations. And perhaps it is not as well communicated nor is it an area as convenient as the center of Guayaquil or the Malecón 2000. But Sleeping in one of the old colonial houses overlooking the Guayas is a unique experience. And if you are looking for a different place to stay in Guayaquil, Las Peñas is your area.

Guayaquil is the main financial center of Ecuador and that can be seen in the architecture of the city. One of the most modern and interesting areas of Guayaquil is Puerto Santa Ana. It is a relatively new area on the banks of the Guayas River with several impressive buildings, including The Point, the tallest in the country. It seems Miami!

It is a very nice area to walk around and realize the modernity of Guayaquil. At a tourist level, it connects with the Las Peñas neighborhood through Numa Pompilio Llona street, the most picturesque in Guayaquil. And the good thing is that there is a wide range of restaurants and nightlife venues to enjoy the atmosphere.

At the hotel level, there is not much variety. However, in its modern buildings there are several apartments with views available. If you want to enjoy a good view of the Guayas River, sleeping in Puerto Santa Ana is a great option.

Our recommendation in Puerto Santa Ana:

5. Ciudadela Simón Bolívar, if you are only going to spend one night in Guayaquil

And finally, to finish this post about the best areas to stay in GuayaquilWe couldn’t forget to mention this area. If you plan to make a quick visit to the city because you have traveled for business or because the next day you travel to the Galapagos, sleeping in this area is a very smart option..

It has the most modern hotels in the city, most of them from big American chains. So they are super comfortable options! And above all, the most important thing is that it is right next to the airport, so if you have to catch a flight, it is a very convenient area to spend the night.

In addition, you will also be relatively close to the city center. In just 10 minutes by taxi you will be on the Malecón 2000. So it can be a good option to spend the day in the city and sleep near the airport to fly to your next destination.

Regarding the prices, It is the most expensive area to stay in Guayaquil due to the quality of its hotels., but also because it is close to the airport. However, you can also see simpler hotels with cheaper prices in the area.

The best hotels in the area:

SUMMARY OF THE BEST AREAS AND HOTELS TO STAY IN GUAYAQUIL