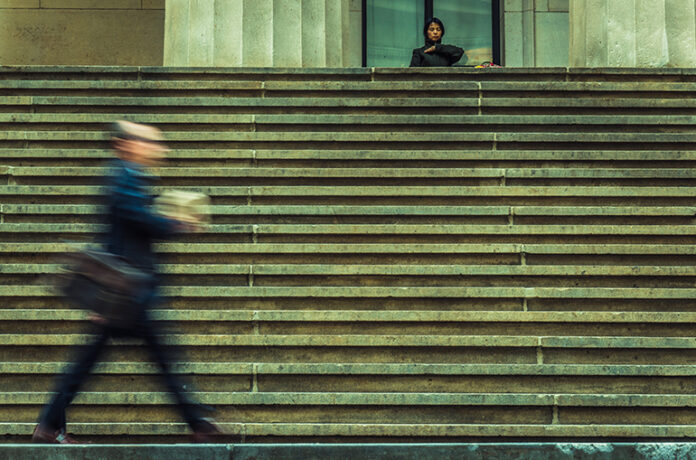 True, a somewhat sensational title and little SEO that seems to have no place in a travel blog (I can not deny it). But it seems to me that it is very justified, I’ll tell you why…

Let’s go with a first topicazo: “one is already having an age”, but for some things… not so much. And it is that I have been noticing that the title of this article is becoming a reality (in slow motion, yes). In some cases (very few), because the body and the years did not give for more. The rest of those distant friends or close acquaintances who have already left this world (much earlier than expected or expected), was due to a fatal accident, an illness or even (there are any), for having unilaterally decided not to move on with whatever it was that was bothering them.

For all of them, my deepest memory because at some point, our lives crossed and for both parties, it was so important to become official friends on Facebook. Dark humor aside (a very Spanish feature), the reality is that “something was” out of coverage. Something brought us together. Little or a lot. Beyond a like or a lost comment. The funny thing is that at least in my case, I didn’t just make them disappear from the wall. I don’t remove them from “friends” because it gives me the feeling that I would erase them completely from my life. And I do not want.

Perhaps years ago, without social networks, those losses of people with whom you shared a short-lived job or coincided on a specific vacation, vanished more easily. You may not even find out until several years later. But not now. For better or worse, the tentacles of (a)social networks continue to change more things than we think about our behaviors and ways of relating. Even once dead.

At this point, I will give a more than necessary script twist…

Go ahead personally, I hope to leave this world in many many years. That said, and for some time now, I no longer think that each day lived is one more, but one less. For this reason, I have firmly resolved to enjoy that time in the best possible way.

And you will think: “Ah, yes, traveling around the world and all that… of course, of course. I’ve already caught you.” Well no.

Fulfilling dreams and seeking to invent new ones to pursue. Those are my purposes now. Some ends that thanks to life, I can share with a person who wants the same as me and with another little person (with a lot of luck) to whom today, everything is going and comes well.

I recently went out to eat with a friend. (a good friendship has united us for about twenty years). We studied the same career and we coincided working in the same sector (advertising) for a few years. He continues, I got off (let’s say officially) six years ago. We talk about this and that. I saw him well. Things are going well for him. He did seem a bit tired though. Without a concrete goal. Everything smelled a bit like a… “letting go”. He couldn’t tell me anything specific worth mentioning that had happened to him in recent years. I did not want to tell him specific things that have happened to me during all that time. We said goodbye with the love we have for each other intact, but I kept thinking of him and “all my colleagues”. Many are still stuck there for hours and hours. For others (I don’t know if they are luckier or not), the profession has dismissed them “for old people”. Beware, forty-year-olds who still have another 25 years of pending work life left. Souls with mortgages and fixed expenses who think they don’t know how to do anything else in life and who are somewhat dazed until after a couple of years of crossing the desert, they take the middle road and reinvent themselves to get ahead. And I wonder, were all the services rendered worth it? Have those endless nights at the agency thinking up stories to “sell things” been of any use? Was it a fair exchange? All those hours in front of a blank sheet of paper or the computer disguised as glamor so that in some cases, you have to go out the back door and in others… continue in the circle until further notice. I keep thinking about that conversation. The one that tasted like slow death to me. And painless.

That tin phrase that says that “work dignifies”, I don’t believe it at all. Seriously, any type of work can become more important than your own life? It is a filtered phrase of self-conviction more to be able to move forward. Nebulous epicenter that protects the “what needs to be done”. To turn the wheel without looking to the sides (in front and behind everything is the same). Day after day. Thinking that’s the right thing to do and that’s it. Be available at any time. Answer emails above your possibilities. Fill your hours with meetings that are as endless as they are normally unnecessary. And as I keep thinking along this painful path of reality, I find leaves with thorns that scratch me a little more inside.

Give me two success rations, I’m in a hurry.

There was a time when I believed that story. I wanted to “do things”, win prizes, get people to like my ideas… um… for some commercials (let’s not forget). I look back and I don’t quite understand it at all. I put so much effort into all that and so much passion, that if I had channeled it in another direction it would have been much more useful to me. In any case, and since I now like to look only for the good in things, I will admit that working in advertising made me think differently. It taught me how to take the slap in the face in the form of thrown campaigns and try again (again and again). I learned to tell stories and sweat creative solutions to the rest of the really important moments in life. But above all, I found Lucy. Thank you advertising, thank you.

Now we work (of course) in a more “cheerful” way. Without so much stress. Controlling our time while doing what we really want. And believe me, if it weren’t for the fact that money is necessary to survive, we wouldn’t overwork… we’d just live. But you look where, we are not rich.

As I have once told, one of the last things my grandmother told me before she died on a day like one of these (I never wanted to memorize it), was: “should have traveled more”. Despite the coincidence of interests, I did not take it literally. He probably meant, “I should have dreamed more.” My father, who was indeed a great dreamer (one of the best I have ever known), was caught by an illness when he had more work to do (that is, day after day) and was unable to fulfill what he had kept in his heart . He worked so that we did not lack for anything and he left leaving everything “in order”… “as it should be”. I didn’t realize it at the time, but now it’s clear to me that she would have preferred to be part of his dreams, not his obligations.

Well, nothing. You draw your own conclusions. As for me, I don’t want to be eighty years old and look back at a huge office wall. I have put my wall and my profession as an example because it is what I know, but it does not have to coincide with your reality. I’m not saying that my life is ideal for anyone… but yes, it is what I want. A life full of instability and insecurity on many levels that can give most of them goosebumps (and I understand). But that’s not important. It’s collateral damage. I’m not telling you to leave everything and get lost in the world to find yourself. Simply, I tell you that if you are not doing it yet, go for what you always wanted to do. Whatever it is. In any way. At odd moments or full time. Learn to play the guitar, paint, become a Buddhist, parachute… I don’t know, you’ll know. They are your dreams, not mine.

Hopefully one day we can all think that we did what we wanted and we can leave without pending accounts or “things I couldn’t do” because I was very busy. If the day I leave you are still here (I repeat so that the message sinks in: I hope it will be in a long time because I still have many dreams to fulfill… eye, a couple of them are about to fall, I’ll tell you) and if there is still Facebook (which I hope will be in many years, probably not), don’t delete me from your wall. Keep me around and don’t look at me with pity. Smile. For me, this was very, very good.