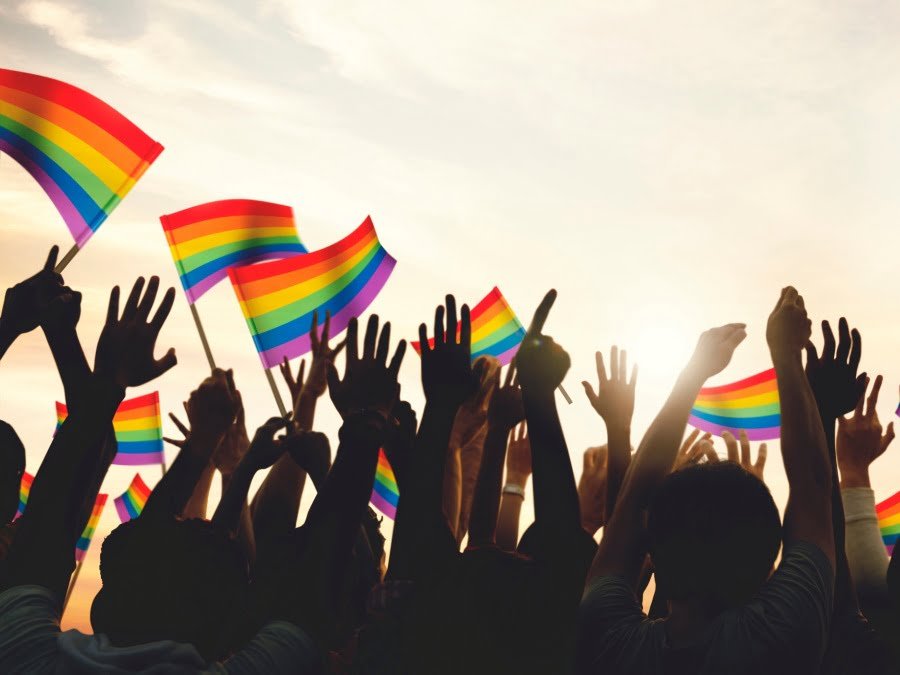 June 28 is the International LGBT+ Pride Day and crowns the month of sexual diversity, which is commemorated with different parties, festivals, demonstrations and activities around the planet.

The Pride parade or march takes place in the last weeks of June (sometimes extending into July and August). If you are thinking of going to one, we share with you some of the most popular options that will take place in 2022.

The place where all the current movement began after the events in a pub known as the Stonewall Inn in the early hours of June 28, 1969 (date taken to commemorate Pride) where there was a raid and people from the community were arrested for their identity or for some attraction other than heterosexuality.

This fact lit the flame of activism and there were demonstrations to denounce discrimination. Starting the following year, various events have been held to commemorate it, the main one being the Pride parade.

This 2022, after the events of the Covid pandemic, it returns on June 26 at noon on 25th Street and 5th Ave. It will pass through the Stonewall National Monument and the AIDS Monument in New York City, before ending in Chelsea in 16th Street and 7th Ave. Here you can get more information.

One of the cities with the greatest rights and freedoms, it is also one of the favorites for travelers who want to enjoy the activities of Pride month.

According to the organizers, it will start in Dam Square. For more information, visit their official website.

The LGBT pride parade in Sydney, Australia attracts many domestic and foreign tourists, making it the most attended LGBT event in the country and in all of Oceania since the 1980s, when they began.

The Sydney Pride Festival 2022 “Be Brave, Be Strong, Be You” will take place from June 2 to 30 with events for all the colors of the rainbow. To learn more about the parades, activities and hundreds of events that will take place, we share the official Web site.

During the 1980s, the LGBT community settled in the Chueca neighborhood, located in the heart of the city. Gays, Lesbians, Bisexuals and Transsexuals during all these years, made this neighborhood, one of the most deprived areas of the city, not only their place of leisure and work but also their home, in full coexistence with the rest of the neighbors and visitors. .

On Saturday, July 9, the LGBT Pride demonstration will be held, the central event of MADO’22, which according to the organizers “in a safe and responsible manner, taking into account the context of the pandemic in which we still find ourselves”.

To find out more about the history and events that Madrid Pride will have, We share your page.

The country’s capital is one of the most diverse in Mexico and the LGBT Pride March will be held on June 25, 2022 in person and online, following the new normality brought about by the global health crisis.

Thousands of locals and tourists are expected to rejoin the streets and carry out one of the most famous and recognized Pride parties on the planet. In addition to a march, talks, activism and concerts are planned.

If you want to know more details about the activities, we share the facebook page of this year’s organizers.

The first edition of the London Pride was in 1972, so in 2022 it will be 50 years old and the organizers are preparing a big party to celebrate. Taking place in the capital of England, around 1.5 million visitors to the city are estimated for the activities related to the event.

The parade will take place on Saturday, July 2 and although its route varies a little each year, this time it will have an important section of the one carried out in 1972. If you want to know the path that will be followed, You can check it on this page.

The LGBT Pride Parade in São Paulo, Brazil is the LGBT march with the largest turnout in Latin America and the second in number of attendees in the world, after the New York Pride March.