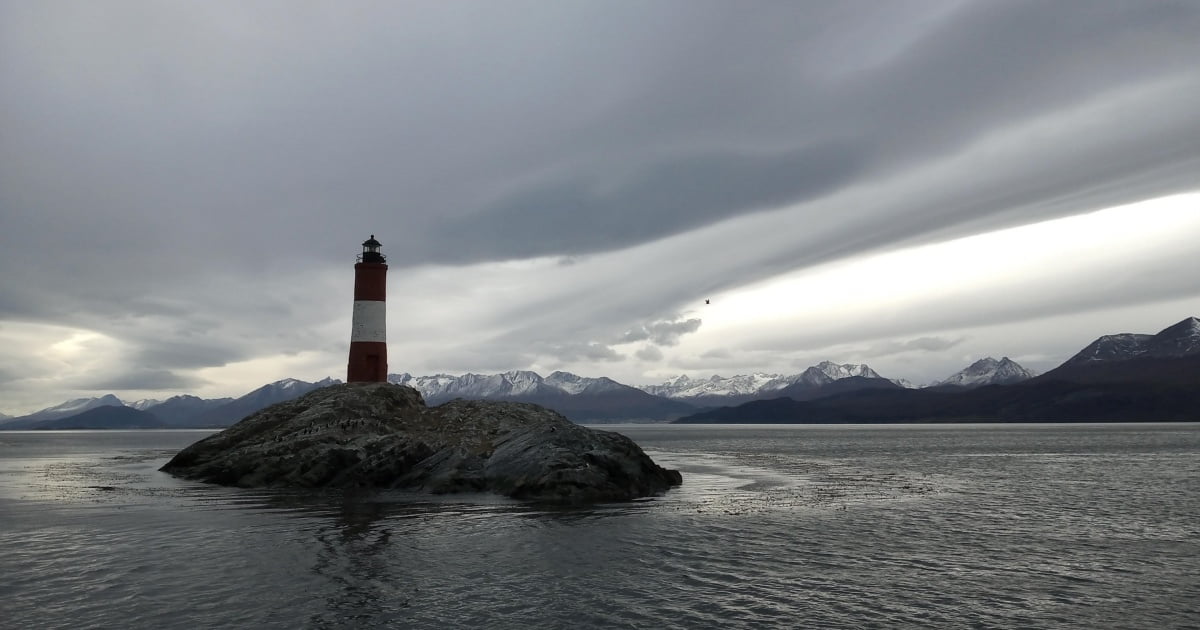 Ushuaia was the first place I learned to locate on the map, when I was four years old. I only knew that my father traveled there, far, far away, for work. He was one of the many Argentines who migrated in the 1980s from different parts of the country to these geographically inhospitable lands, but full of opportunities because, as a local saying goes, “the end of the world is the beginning of everything”. My ideas about this region were the result of other people’s memories, stories and photographs of my father, with knee-deep snow, penguins roaming the camp and landscapes tinged with the melancholy of someone who misses from a distance. However, he also knew that Tierra del Fuego was home to some of the most beautiful landscapes in Patagonia. The time had come to get to know this site so often imagined in the first person.

Ushuaia, the city of the end of the world

My trip to Tierra del Fuego, the southernmost province of Argentina, had the city of Ushuaia as its center of stay. Upon arrival, the outlines of the city reminded me quite a lot of a school model, where the materials are mixed in combinations that have no apparent similarity, but form a compact whole. The buildings seem to crowd one another to better withstand the rigors of the Patagonian climate. The fronts of corrugated sheets in different shades and the slopes of the roofs shine brightly when the sun bathes the city. The steep streets copy the morphology of the terrain in the form of a deep bay, given that Ushuaia extends along a coastline surrounded by the Beagle Channel and the Andes mountain range, lined with forests on its lower slopes.

As soon as I got to the city, I decided to take a walk around the port. Perhaps, since I live in a Mediterranean province, the hustle and bustle of everyday life by the sea catches my attention. In this area, some signs remind visitors how far the end of the world is from the rest of the inhabited planet. It is that the more than 17 thousand kilometers that separate Ushuaia and Alaska have witnessed, over time, the feat of a few adventurers to unite the extremes of the continent, traveling by bicycle, motorcycle and even on foot. Regardless of where we travel from or the means of transport we have chosen, the truth is that it is with immense pleasure that we reach this little piece of land, fallen from the map.

The cold wind accompanied me for a long time on my first walks. In these latitudes, the climate is subpolar oceanic, with temperatures ranging between -1ºC and 13ºC throughout the year, so that summer is almost imperceptible. The snow, for its part, turns the landscapes monochromatic from June to October, although it often surprises with temporary snowfalls that arrive at any time, like unexpected visits.

A walking tour of the city center shows that Ushuaia is a very touristic city, where hotels alternate with tour agencies, souvenir shops, restaurants and coffee shops. Within the local gastronomic offer, the crab dishes stand out, a marine crustacean that lives in the frozen depths of the sea, with a rather dark appearance, but with a delicious taste.

I am fascinated by museums, not because of the objects they exhibit, but because of the stories behind them, so I planned my stay so that I could visit the main museums in the city, as an appointment with its history.

The museums of Ushuaia

The Maritime Museum and the Presidio are probably the most visited. The first recalls the naval history of these lands, which had as its initial kick the discovery in 1520 of the Strait of Magellan, which bears the name of the first European who found the only means of communication known until then between the two largest oceans on the planet. The name given to these islands as “Lands of Fire” is also attributed to the Portuguese navigator, because the first thing that navigators noticed when approaching the coasts were the columns of smoke that gave off the flames of fire that the natives used. to warm their bodies and communicate between tribes. The waters of the Pacific and the Atlantic, which come together in this and other points of the Austral Patagonia, saw dozens of sailors of different origins (English, Dutch, Italian, French, among others), seldom calm and many times stormy. ) who dared to fearlessly cross the borders of the world. The rooms of the Maritime Museum allowed me to learn a little more about these stories of explorers, scientists, soldiers, merchants, traffickers and pirates. Probably one of the most successful expeditions was the one led by Captain Fitz Roy, accompanied by a young Darwin who was taking his first steps in the world of Science.

The Presidio Museum, meanwhile, made me think about how different the origins of Ushuaia were from other Argentine cities. There was no founding act here, nor was a Cabildo or a Cathedral built, as in colonial times. On the contrary, the national government – which needed to strengthen its sovereignty in these southern territories – decided to colonize it with prisons, who would be in charge of building their own prison, as well as other public works that would facilitate the settlement of the region. Over time, the prison became an important generator of employment. The museum rooms, which function in the old cells, recreate the daily life of the prisoners, among whom were serial killers, politicians and anarchists. The prison functioned here from 1902 to 1947. I found the tour interesting, although I realized that the cold in the rooms was not just a climatic issue.

I also visited the End of the World Museum. The room dedicated to the first inhabitants of Tierra del Fuego -Yámanas or Yaganes and Selk’man or Onas- exhibits some of their utensils and photographs that show gloomy faces that presaged the worst. Indeed, the natives were decimated by the diseases of the white man and other ills brought by the imposition of foreign customs. However, among the whites there were also admirable characters, such as José Fagnano, a Salesian priest whom the Onas had nicknamed the “good captain”, and Thomas Bridges, the first white man to settle in Tierra del Fuego. In his role as an Anglican missionary, he protected the natives and took it upon himself to study their language. As a result of his study, he published a dictionary of 32 thousand words in the Yagan language.

The surroundings of Ushuaia

The geographic diversity that surrounds the city means many attractive options to choose from. I decided to sail through the Beagle Channel, which surrounds the Los Pajaros and Los Lobos Islands, where these species fill the rocky surfaces of the islands. The circuit allows you to disembark and take a short walk on Bridges Island. However, the most desired point of the tour was to visit the famous Lighthouse at the End of the World. To tell the truth, Les Eclaireurs lighthouse (that’s its real name) was not the one that inspired Jules Verne’s novel. However, the mystique is the same.

Another day I chose to hike to the Martial Glacier, located 7 km from the city center. The block of ice has three amphitheater-shaped depressions that can be seen more clearly as the ascent to the summit is made. There are marked trails with medium and high difficulty. I recommend going through them calmly, to fully enjoy the surrounding landscape sounded by the meltwater streams that descend crystal clear between rocks and portions of dreamy forests.

Lago Escondido and Lago Fagnano are classic excursions that go through scenarios with that beauty so characteristic of Southern Patagonia. A curiosity are the beavers that can be seen next to the dams that the beavers build efficiently from logs that they fell for this purpose, leaving large portions of native forest devastated. The Esmeralda Lagoon and the Vinciguerra Glacier are other attractions that offer unique postcards.

The most conventional circuit of the park can be done on foot or on the famous “End of the World Train”, in which the prisoners used to transport firewood from Mount Susana to the city, today converted into a tourist attraction in itself. I preferred to walk the place. I felt lucky to have made this trip in the fall, because the lenga and ñire forests color the landscape in red and gold tints, intense as fire. I took many photographs, although my favorite was the emblematic sign in Lapataia Bay, indicating the end of National Route 3. I remembered the photo of my father, in this same place. My desire to replicate it had led me there. Once again the end of the world had been the beginning of everything.