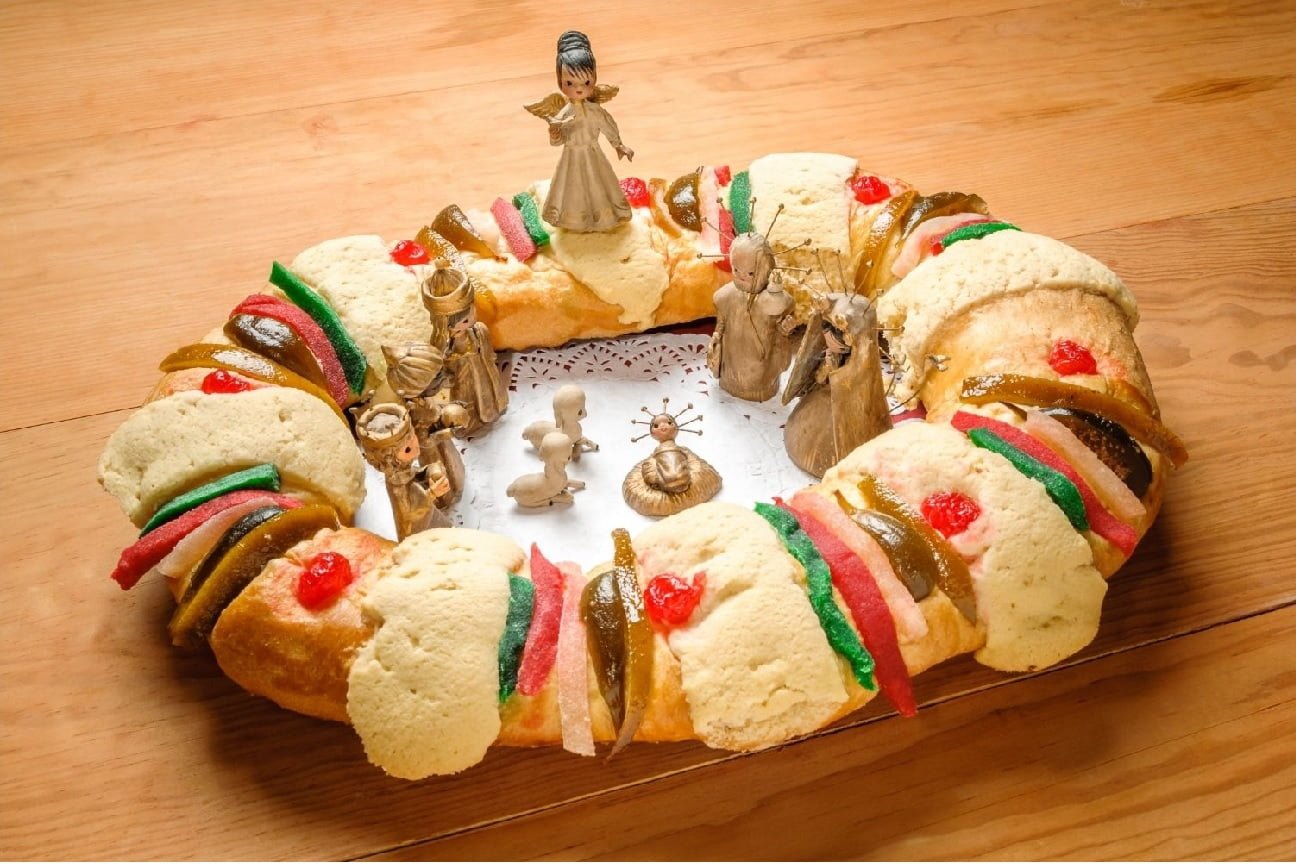 Very original thread of kings. Which one do you want to try?is a post that invites you to enjoy the flavor and culinary traditions of Mexico…

We are already halfway through the year 2021 and without a doubt, the head begins to go into celebration mode; every month that follows from September we have at least one event and although there is a long way to go, we are already beginning to long for Christmas.

Of course, if we talk about sweet breads, the first to play the leading role is the delicious pan de muerto that, in the months of October and November, cannot be missing from the Mexican table.

But just a few more weeks and after having delighted yourself with the Christmas delicacies, it is time to enjoy the “dessert cherry”, a rich and tasty Rosca de reyes, and then finally start the diet… That is if you do not like them the tamales…

A tradition inherited from Europe and that was introduced in Mexico at the time of the conquest, the custom of eating Rosca de Reyes, every January 6, is a classic of Mexican families.

Many of us do not know what the meaning of the thread is, but it is never too late to learn… Here are some facts…

A first meaning indicates that the thread represents the Epiphany, that is, the visit of the Magi to the Child God in the manger; likewise, with regard to its oval (sometimes circular) shape, it is said to be the symbol of God’s love, which knows no beginning or end.

On the other hand, it is affirmed that the thread is the representation of the crown of the wise men and the sweets are the jewels embedded in them; also, there may be other versions.

Another of the inevitable details of the King’s cake is the child, it symbolizes the Child that his parents had to hide in the desert to avoid being found by Herod.

At the moment of breaking the thread, many run away and do not want the child to touch them, be careful, it is nothing personal with the little boy, but if it comes out, you will have to have the tamales and the atole ready for next February 2 , Candlemas day. Here, we find another product of tradition, the result of the mixture of Mexica customs with those brought from Europe; It is said that whoever gets the child becomes his godfather and that gives him the honor of offering a meal with delicious tamales.

Now if it can be said that we are a little more knowledgeable about this festivity; but, we are going to discover a little more, we do not introduce the culinary art of the king’s thread. 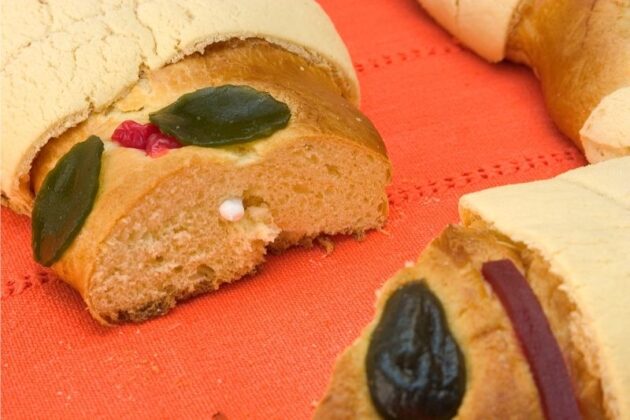 How is the Rosca de reyes prepared in Mexico?

Now that the December holidays are over, it is urgent to think about how to have a delicious Rosca de Reyes at home on January 6.

There are those who have their trusted bakery, others choose to buy it at random or by recommendation, but there are also those who choose to prepare it with their own hands.

Surely there is more than one recipe, all with the same base but with that special touch that gives it some other secret and why not, the hands and the seasoning of who prepares it.

If you are one of those who would like to learn how to prepare it and you do not have a trusted teacher, the option of searching Google for a recipe will surely come to you…

In this case, it is good to practice and when the right day is, you will be able to surprise more than one with your delicious and personalized work…

Doing this small purchase in the market, you can consult your search engine and start trying which recipe suits you best… It is a nice challenge and a good opportunity to enjoy an activity in good company, family and friends can collaborate, even if it is trying. 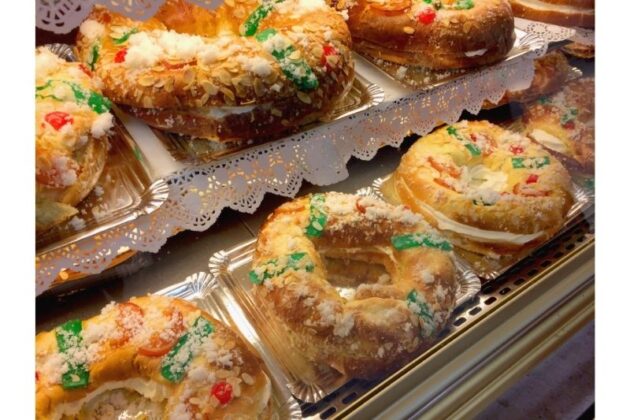 Just as there are “classic” king threads, there are also some that have a different touch and it may be a good idea to try new flavors…

In Mexico City, for example, with a large number of bakeries and pastry shops, in addition to restaurants that also venture into the subject, the varieties are many…

To give you an idea of ​​the options, you can guide yourself with the references of the Rosquiza Santa Clara, which every year holds a contest to choose the best thread in the city according to different categories.

Some varieties that won in 2021 are: thread filled with white chocolate cream and tangerine, decorated with toasted almonds and homemade candied figs and guava; thread with lemon and candied orange, stuffed with gianduja and hazelnut praline; butter thread with a touch of orange, filled with cream and decorated with a sugar crust, ate and pearl sugar; etc.

Find the bakeries that participated in this link.

Another delicious proposal is that of chef Martínez Zavala, from Migrante and Yeccan, who came together to make a king’s cake with beer; made with young sourdough and “Second Wave” beer, raspberry and Jamaica, varnished with the same beer and decorated with ate and crystallized fruit.

For those with a sweet tooth, the Turin rabbit king ring is the most bought or you can opt for one filled with nutella with Philadelphia cheese accompanied by hazelnut ice cream and chocolate bed and what about a brownie, guava sweet and cinnamon… MMM

And if you’re on a diet, try keto, vegan or wholemeal versions…

You can find other original versions in Yucatan, with a taco al pastor thread; There is also a sushi thread or a stuffed pizza thread, all delicious interpretations to delight you as you like. 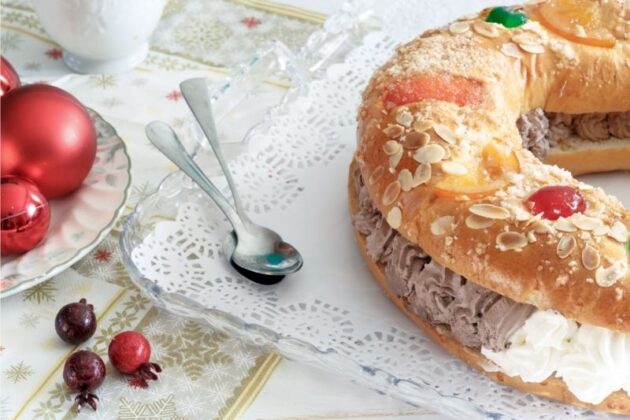 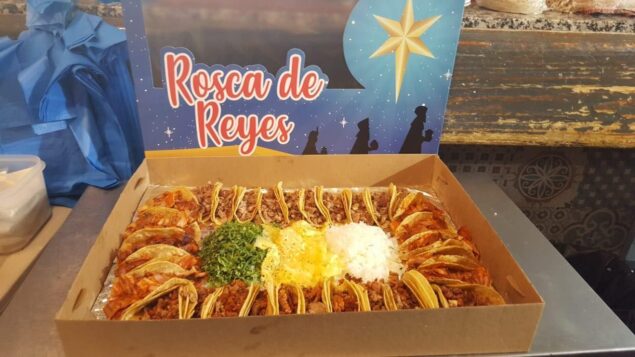 The most popular destinations to enjoy the Rosca de Reyes

Among the most recognized places to enjoy a king’s thread is Mexico City, where for some years a mega thread has been split in the Zócalo; Suspended for the time being due to the pandemic.

Likewise, on a walk through Condesa, Coyoacán, the Roma neighborhood, you will find cafes, pastry shops and other shops with good and delicious proposals.

Let’s not forget that Tecate has an excellent reputation as one of the places with the best bread in Mexico and it is worth going for a thread at one of its traditional bakeries.

It also adds Mérida to the list, which, as in CDMX, every year they make huge threads and of course Tizimín, the city of kings, which holds the Guinness record for the world’s largest thread of kings, after dethroning to Saltillo, Coahuila.

If you are from another destination and you recommend their King’s cakes, do not hesitate to let us know!