Starting November 12, 2022 and ending January 1, 2023, the holidays can be celebrated at Universal Orlando Resort.

During this season, Hogwarts Castle will be transformed to celebrate “The Magic of Christmas at Hogwarts Castle”, in The Wizarding World of Harry Potter – Hogsmeade; They will also be able to meet The Grinch, and see floats in Universal’s Holiday Parade featuring Macy’s, among many other surprises.

Here are some details of what you’ll find at Universal Orlando Resort.

Christmas in The Wizarding World of Harry Potter

At Universal Studios Florida and Universal’s Islands of Adventure, the themed lands of The Wizarding World of Harry Potter will be transformed for the holidays, with special decorations on the iconic streets of Hogsmeade and Diagon Alley, including garlands and lights. 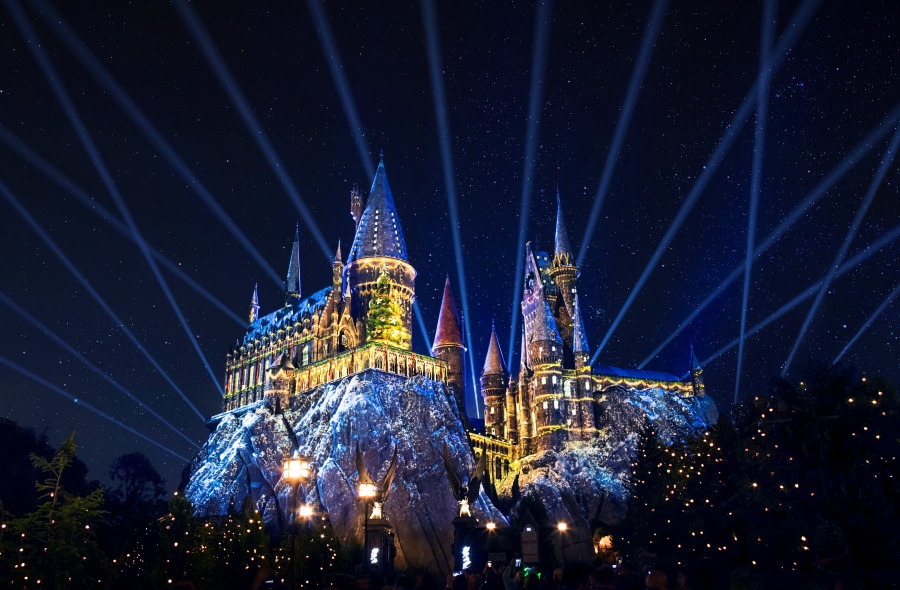 Travelers will also enjoy special holiday-themed performances by the Frog Choir, made up of Hogwarts students and their giant croaking frogs, in Hogsmeade, and the wizarding world’s most popular singing sensation, Celestina Warbeck and the Banshees, in Diagon Alley.

And as night falls in Hogsmeade, Hogwarts Castle will feature holiday moments inspired by the Harry Potter stories as part of The Magic of Christmas at Hogwarts Castle at Universal’s Islands of Adventure. 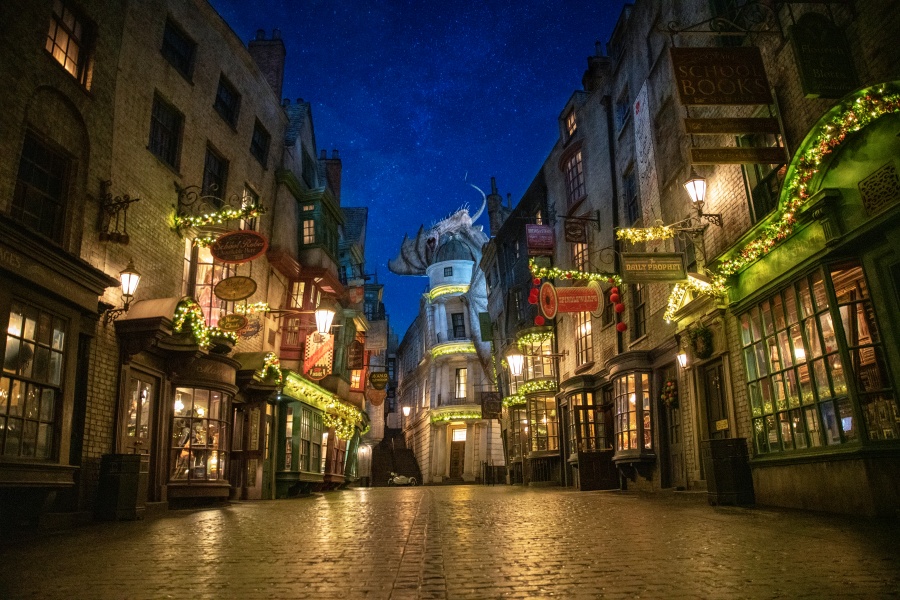 Characters from Despicable Me, Shrek and Madagascar will parade through the streets of Universal Studios Florida alongside giant balloons, dozens of colorful floats and hundreds of festive performers during Universal’s Holiday Parade, in conjunction with Macy’s. 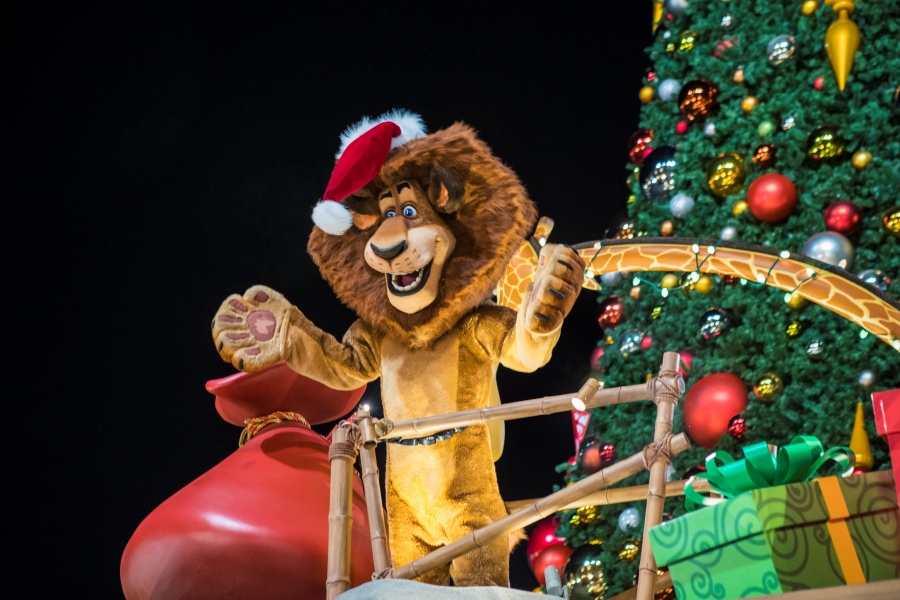 Santa Claus will also make an appearance during the impressive parade, leading a picturesque finale that culminates in the lighting of the park’s dazzling 80-foot Christmas tree. 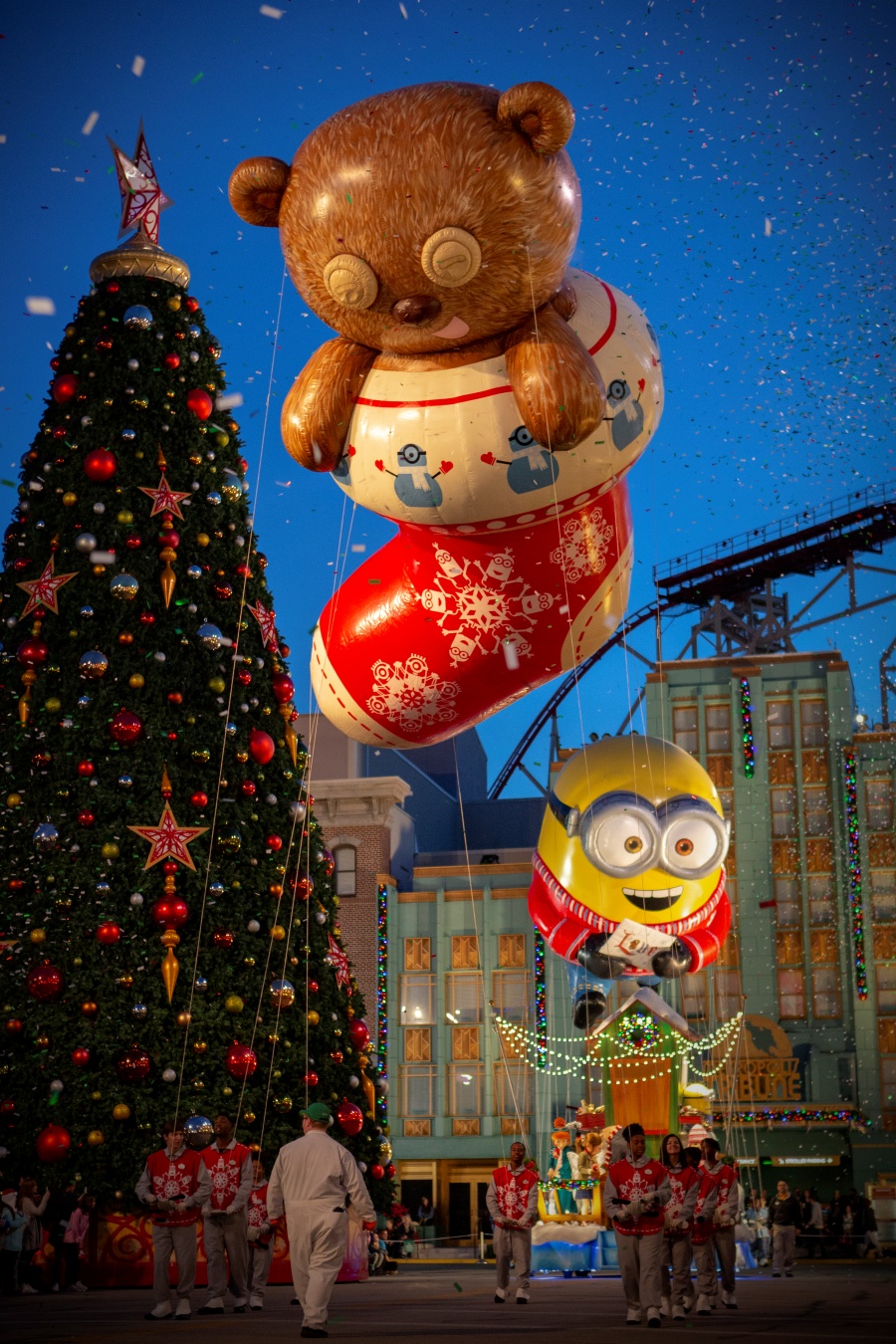 The spirit of Grinchmas will come to life at Universal’s Islands of Adventure with “Grinchmas Who-liday Spectacular,” a live retelling of the Dr. Seuss holiday classic starring the mischief maker himself, the Grinch.

The celebration continues in the Seuss area, which will be decked out in holiday décor, including giant candy canes, twisted Christmas trees, wreaths and beautiful tinsel decorations. As they stroll the land, guests can enjoy special appearances by the merry Whos of Who-ville as they gear up for their favorite vacations throughout the Seuss area, and even meet the evil, green Grinch, for a special photo opportunity. . 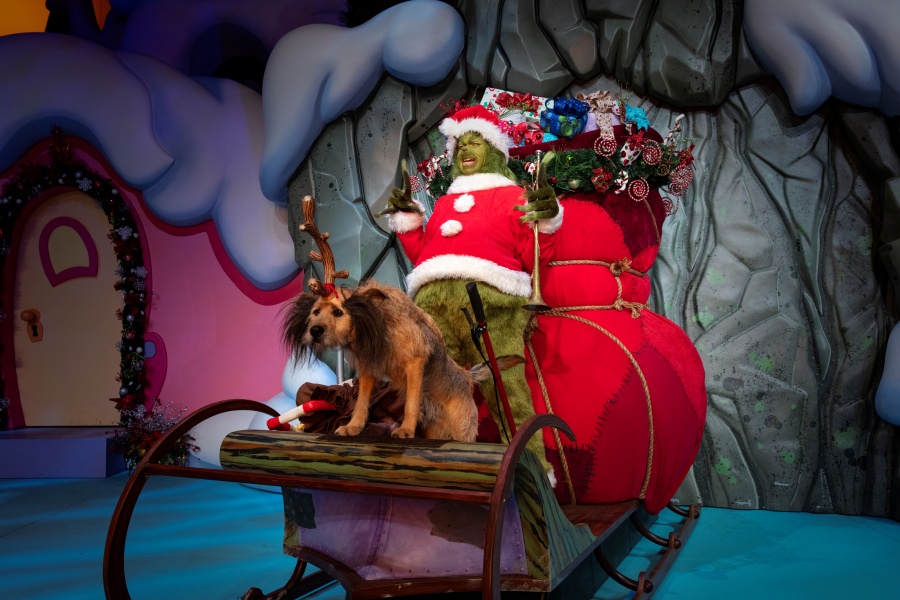 Mannheim Steamroller will return to Universal Studios Florida to fill the air with the iconic sounds of the season with live performances on December 3, 4, 10 and 11. 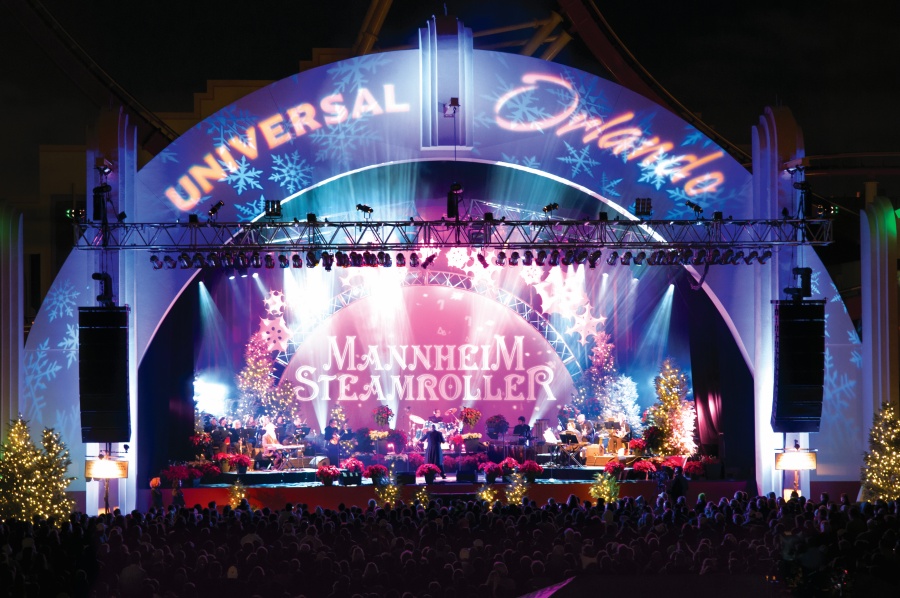 Additional Festivities Throughout the Resort

And there’s even more fun to be had this holiday season at Universal Orlando with holiday-themed merchandise, food and beverage offerings, character encounters, seasonal décor and celebration activities at Universal hotels, and more.

By purchasing regular admission to the Universal Orlando Resort theme parks, you will have access to the holiday celebrations.