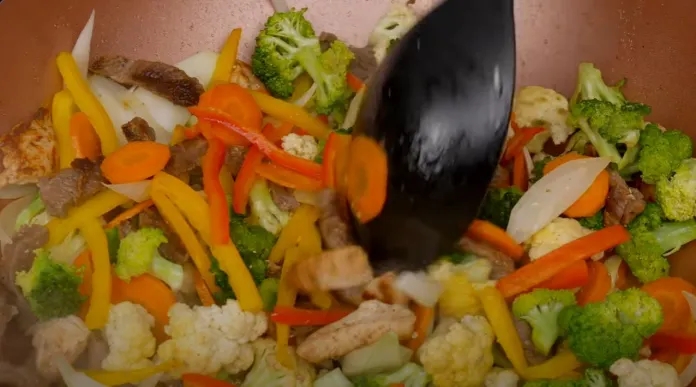 This weekend, during the D23 Expo 2022, all the news that the Disneyland Resort will have from the next few days were announced.

Last year the Avengers Campus opened at Disneyland California Adventure, and since then guests have been able to interact with various characters.

So, starting next week, you’ll have the opportunity to have a heroic encounter with The Incredible Hulk, who will appear in his quantum suit inside the Avengers Campus.

Also, the multiverse will continue to expand and a new attraction will arrive. It will be a family adventure where they will join the Avengers and their allies to fight against the enemies of the multiverse including King Thanos, a villain designed especially for Avengers Campus. 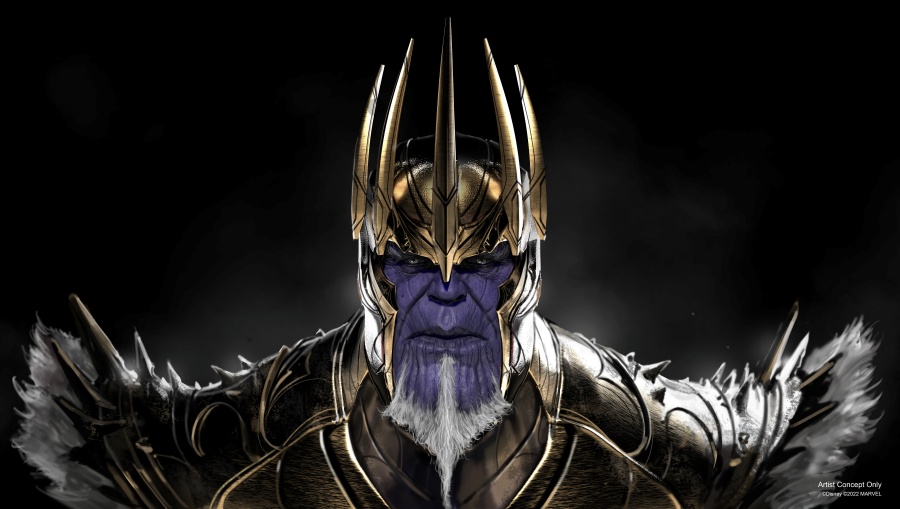 The Mandalorian and Grogu arrive at Galaxy’s Edge

Since opening in 2019, Star Wars: Galaxy’s Edge has expanded to include more characters and stories, including the addition of bounty hunter Boba Fett and mercenary Fennec Shand.

However, this weekend the addition of two popular characters among Star Wars fans was announced; The Mandalorian and Grogu, who are coming to Batuu at Disneyland in mid-November. 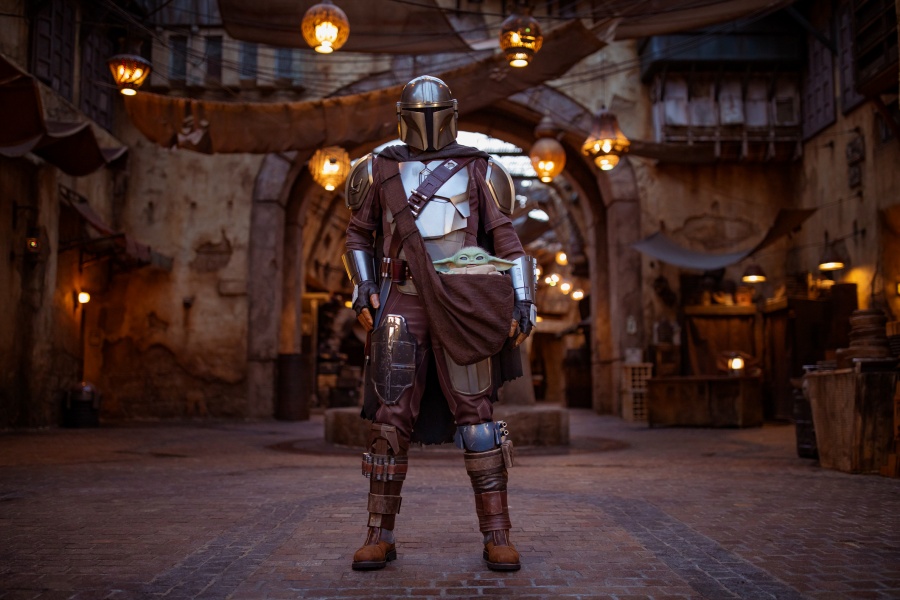 Reminiscent of the San Francisco waterfront, Pacific Wharf at Disney California Adventure will be reimagined as San Fransokyo, where you can meet Baymax, as well as find new places to eat and shop. 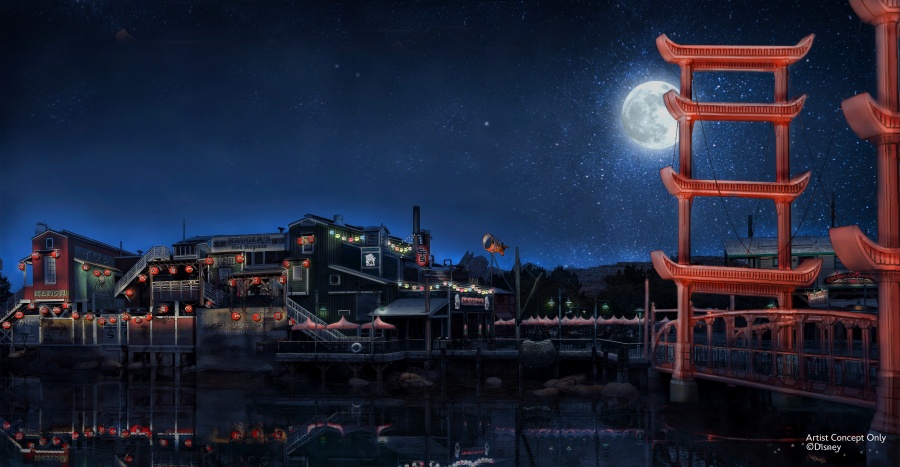 The date when San Fransokyo will be ready is not yet confirmed, since the imagineers are working on the first phase, but we hope that more news will be given soon.

More surprises for the Pixar hotel

Pixar Place Hotel will weave Pixar art into its comfortable and contemporary surroundings, including fantastic areas for all travelers to enjoy, most notably a Finding Nemo-inspired splash pad. 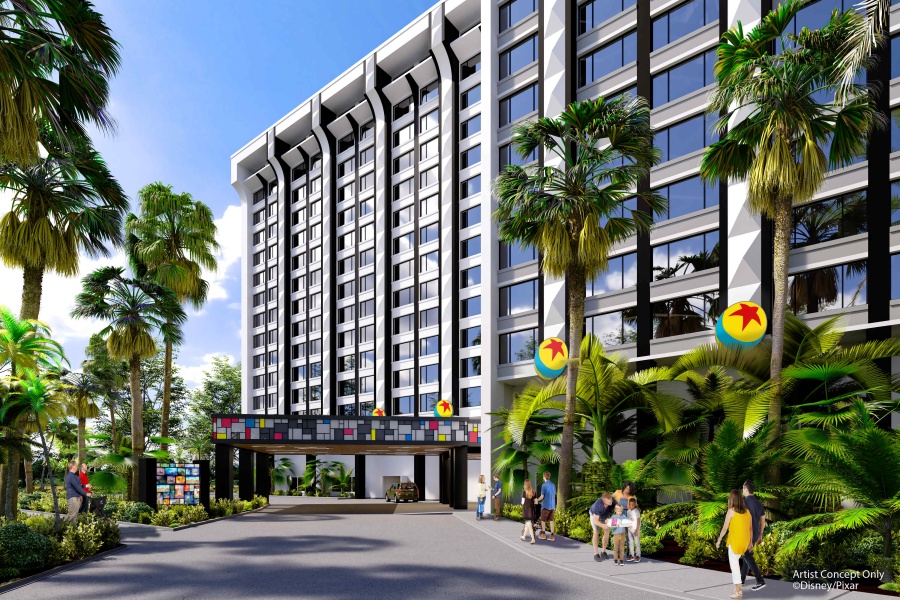 Additionally, Great Maple will be featured, with a flagship restaurant on the first floor, and will also operate other food and beverage locations throughout the Pixar Place Hotel. Great Maple is a place where all those fans of donuts, fried chicken and bacon will delight in exquisite dishes.

The evolution of the Downtown Disney District continues

The Downtown Disney District will have new locations and others will be renovated. At the beginning of the year the opening of Din Tai Fung, a world-renowned Asian restaurant that originated in Taiwan. 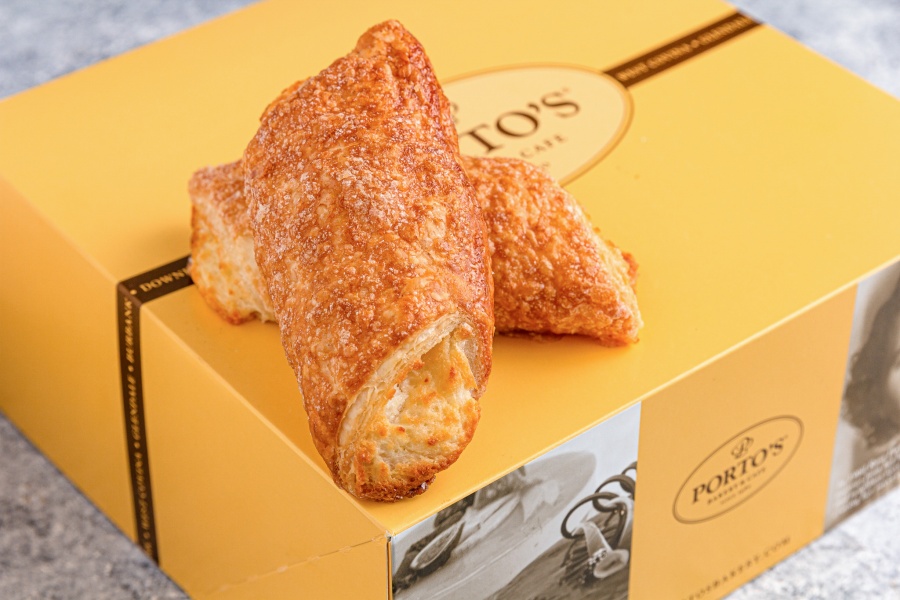 In 2024 the runDisney race will return to the Disneyland Resort, at the moment the details of this event are not known, but interested travelers are recommended to keep an eye on the official runDisney page. 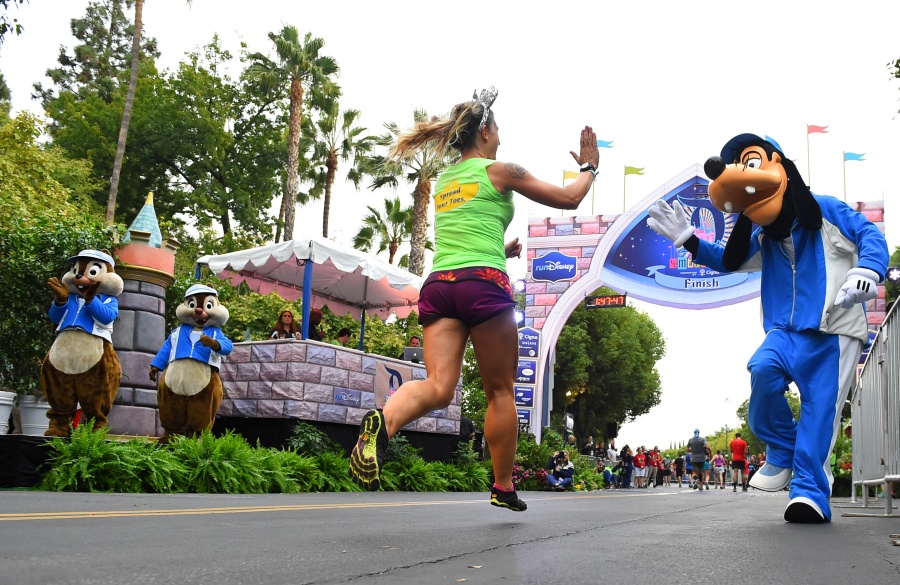 Some time ago we announced that Mickey’s Toontown is transforming itself to offer new and better experiences to travelers, among them Mickey & Minnie’s Runaway Railway, of which some concept illustrations were revealed.

Inside the El CapiTOON Theater, there will be a special exhibit created by the Toontown Hysterical Society celebrating all things Mickey with costumes and accessories from the cartoon world. 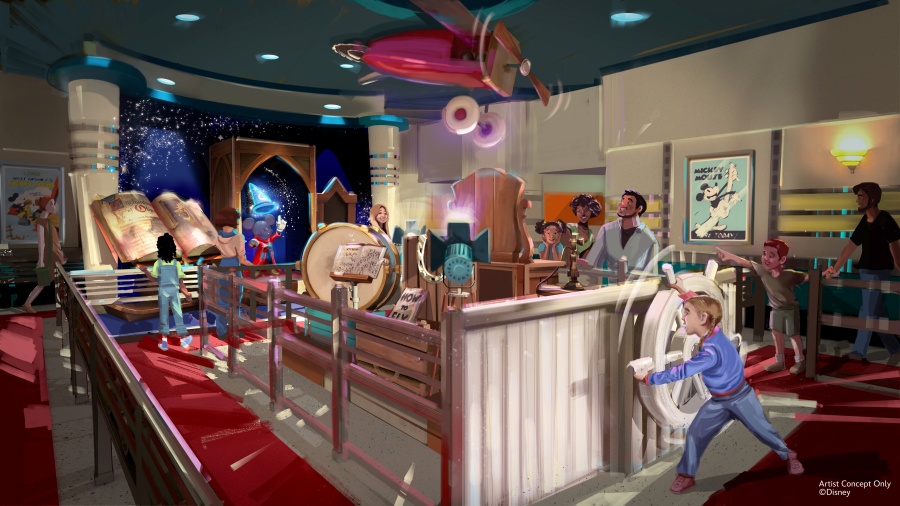 Another attraction that will be in this area is Goofy’s How-to-Play Yard, where families will find grassy open spaces to play in, plus a sound garden. 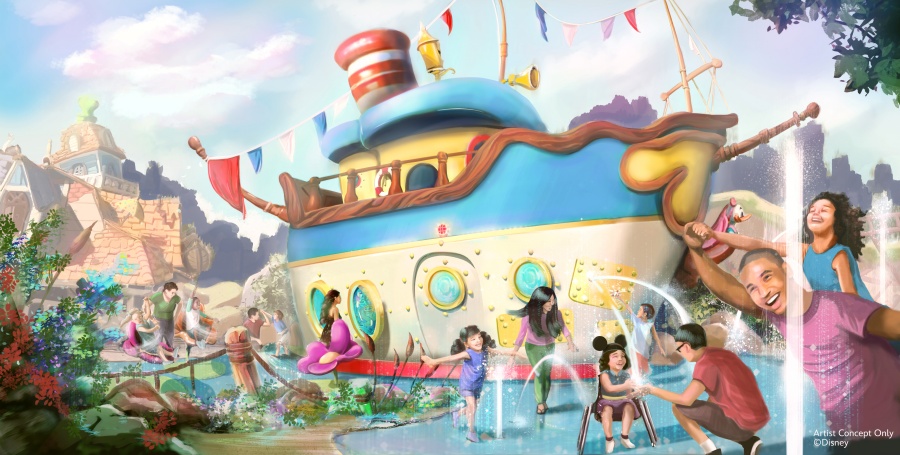 Tiana’s Bayou Adventure will open in late 2024 at the Disneyland Resort and is inspired by “The Princess and the Frog.”

The story of this attraction picks up where the film left off. At the end of the movie, Princess Tiana makes her lifelong dream come true when she opens her restaurant, Tiana’s Palace. We pick up the story during the Carnival season, when Tiana throws a party for the people of New Orleans. She discovers that her celebration is missing a key ingredient and she needs our help to find it.

In Tiana’s Bayou Adventure, travelers will join Tiana and Louis on a trip to the bayou, where they’ll meet all kinds of unexpected new friends who have a special role to play in the party.

The attraction will have a completely new look. Plus, the Imagineers are combining tried-and-true techniques with the latest technology to make it feel like a whole new attraction.

At the end of January 2023, the Disney100 anniversary celebration will kick off with special limited-time events throughout the year.

The happiest place on earth will be decorated in platinum with sparkling new looks for Mickey Mouse, Minnie Mouse and their friends, food and drink specials and much more.

Disneyland Resort guests will be dazzled by two all-new nightly shows: “World of Color – One” at Disney California Adventure Park and “Wondrous Journeys” at Disneyland Park.

“World of Color – One” will celebrate the storytelling legacy started by Walt Disney a century ago. It will tell a new story of how a single action, like a drop of water, creates a ripple that can become a wave of change. Bring some of the most courageous, loving and inspiring characters to life in new ways. The show will also feature a new original song “Start a Wave.” 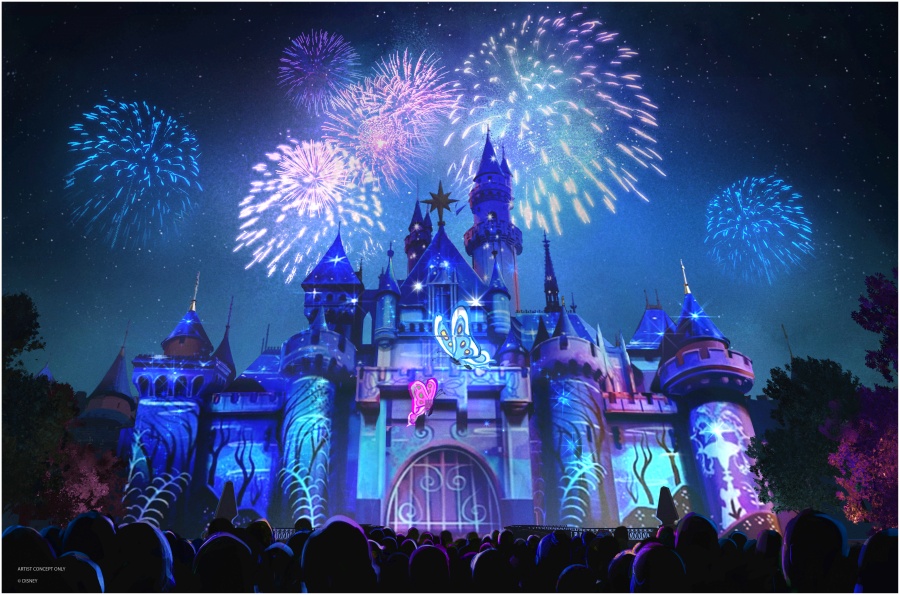 And at Disneyland Park, Walt’s original magical kingdom will become a magnificent canvas with “Wondrous Journeys,” a new nightly show that will ignite wonder for all.

It will feature nods to all 60 Walt Disney Animation Studios films to date, taking guests on a journey filled with art, music, storytelling and heart. It will continue to build on the park’s state-of-the-art projection effects, bringing Main Street to life with fireworks. “Wondrous Journeys” will also have a new song, “It’s Wondrous”. 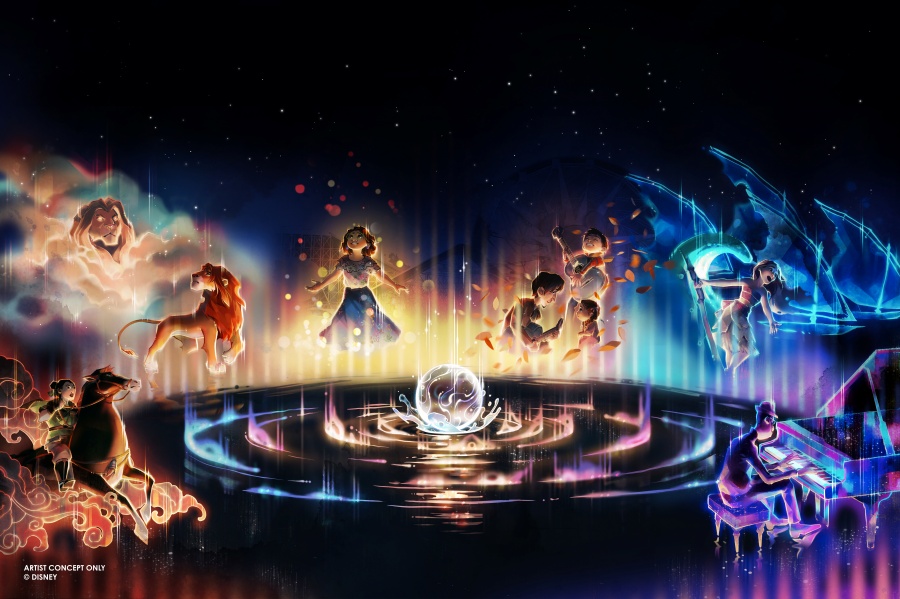 Also, in the spring, the “Magic Happens” parade will debut in Disneyland Park.

Without a doubt, Disneyland Resort has many surprises in store, so if you’re a Disney fan, it’s time to break the bank.