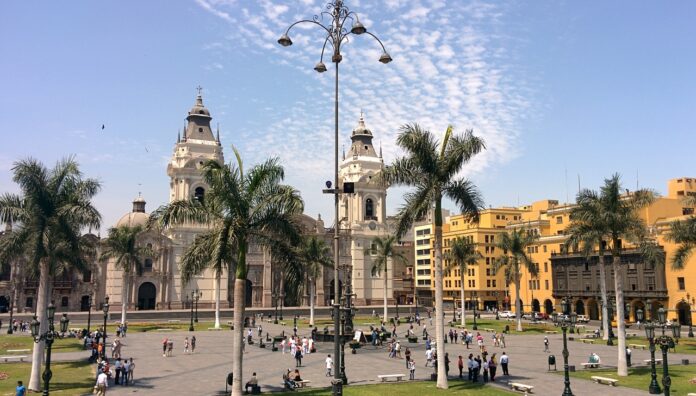 We invite you to visit interesting places in Lima, Peru

With the passing of the days, Lima, the capital of Peru, has been gaining a place in international tourism. From there you can go to many attractive places in the interior of the country, but also in its geographical extension. there are wonderful scenarios that are worth paying attention to.

And there are many reasons to visit Lima, among them I tell you that In the historic center there are more than 500 buildings that are considered Cultural Heritage of Humanityhas a wide coastal area ideal for practicing water sports and in its surroundings it is possible to take walks in its natural spaces.

In addition to this, it has a good nightlife, plenty of places to go shopping and urban parks for citizen enjoyment. What follows are nine tourist sites you should know when you visit Lima, Peru.

You could still get to know the most extreme lodging in Peru and live on the edge.

As we told you at the beginning, it is worth devoting a space on the agenda to the number of historical monuments found in this region. Among others is the Teatro Colón, the Convent of San Francisco built in the mid-15th century, the Catacombs Cemetery which has about 25 thousand graves and the Central Monument to the Liberator. You will be able to see houses and balconies that date back many years of construction and that maintain their appearance of yesteryear.

The views of the sea are what mark this impressive ride. There are several parks that are listed among the most important in the country, such as Love’s and Kennedy’s. There are own areas where you can enjoy and relaxspaces for children and sports, all with the water up close. It is in one of the elegant and safe neighborhoods of Lima, Peru.

It was previously known as Main Square and in its center it has a fountain of dolphins. From there you have a panoramic view of several emblematic buildings, including the Government Palace and Archbishop of Lima.

It is a point of reference for the historical and cultural identity of the city, it was the burial site of the indigenous people in ancient times. There you will get an archaeological space as well as a museum. You can see a pyramid with six platforms that impacts at night with its lighting. Next to the promenade there is a restaurant that serves different outstanding dishes of Peruvian cuisine.

Its construction began in 1535 and over the years several reconstructions have been carried out, among other things due to earthquakes. It has in its interior various sculptures and artistic paintings, apart from a museum in which valuable pieces of historical significance are kept in Lima, Peru.

The headquarters of this museum is a palace that was built in the 19th century and is currently listed among the best in the world. All year round there are exhibitions and it opens its doors from Tuesday to Sunday from 10 in the morning.

Traveling 13 kilometers from the center of Lima, you will find this fortress that it was built in the year 1747. It is said that it is one of the places that should not be missed in the city and the objective when building it was to protect it from pirate invasions. It contains a museum in which night tours are carried out.

This place was declared World Heritage Site in 1988. It was built in 1921 and It is located within the area known as the Historic Center of Lima.. It is cataloged as one of the most armed places in Lima, Peru and among other things it has gardens, fountains and copper lamps.

We go to the so-called Magical Water Circuit, one of the largest fountain complexes in the world located in a public space. Total occupies eight hectares and you can also see several sculptures by Peruvian artists. It has 13 fountains, reaching 80 meters high, combining color, music and images. Open from Tuesday to Sunday, including holidays.

As you note, there is much to see and visit in the most populous city in Peru, which has modernity and history to make visitors’ stay pleasant.

Are you going to travel to Lima, Peru? Quote your travel insurance and enjoy this experience safely!

How to get from Catania to Taormina by train, bus or...

The Christmas season has already begun at Disneyland