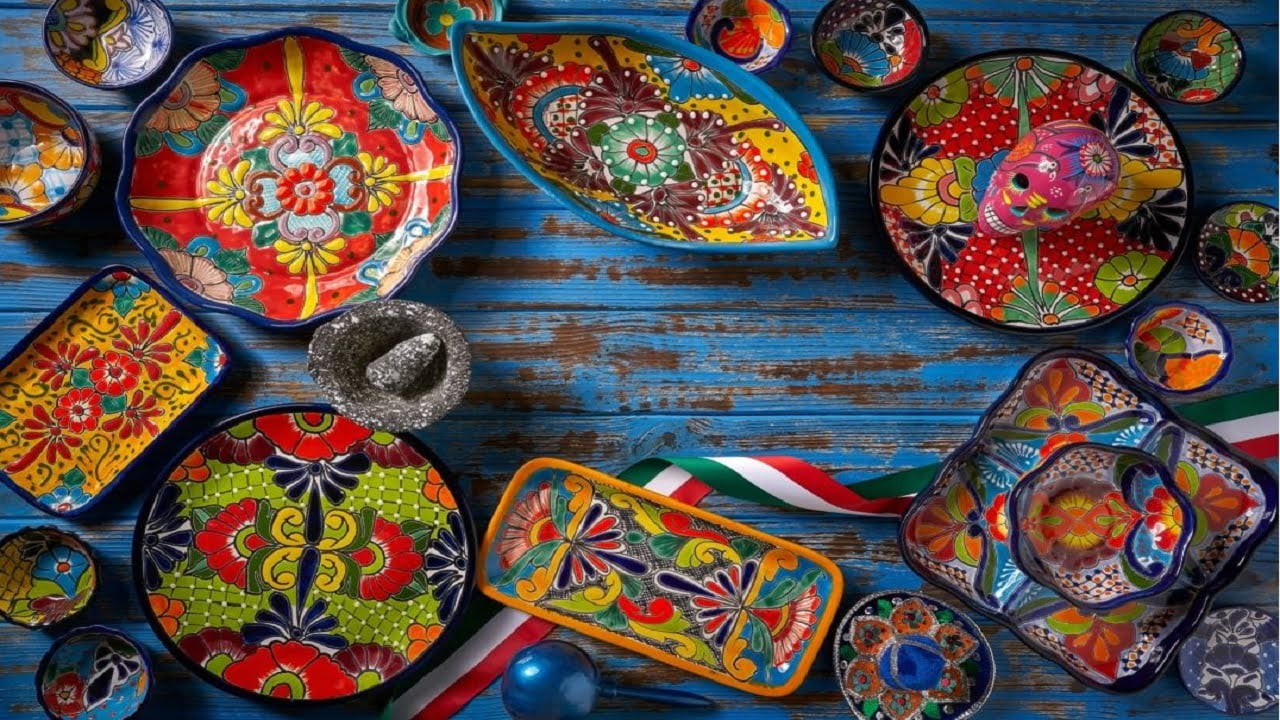 Whom “Talavera Poblana, Real History“, we invite you to discover a little more about one of the most iconic crafts in Mexico.

There are numerous productions of Mexican artisans who, from elements such as silver, ceramics, textiles, stone, wood, etc., create unique objects, symbolic representations that can accompany you to your home as a beautiful memory of your walks.

Huichol art from Sayulita and the Riviera Nayarit, alebrijes, dolls and embroidered textiles from Oaxaca, Tarahumara handicrafts from Chihuahua, silver pieces from Taxco, shawls from Santa María del Río in San Luis Potosí, embroidered objects from Chiapas, the huipiles from Yucatan, and the wide variety of talavera objects from Puebla and Tlaxcala, all part of an extensive list that does not end there…

Talavera is a type of majolica pottery (ware with a metallic glaze) that is distinguished by its vitreous white as a color base.

Each piece is made with a technique that has been practiced since the colonial era, which consists of making them by hand on a lathe and tin and lead are used to make the glaze.

Colors such as blue, yellow, black, green, orange and mauve are used for its decoration. 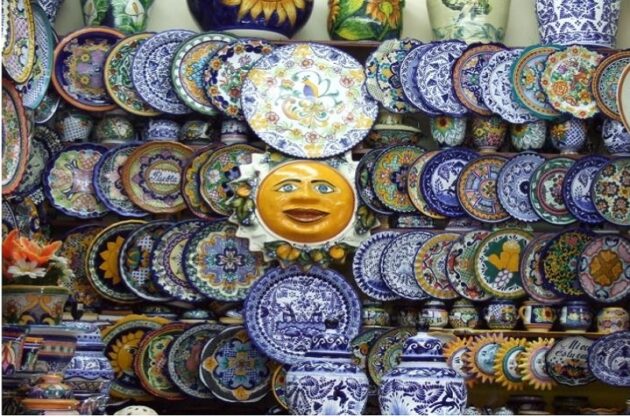 The Talavera Poblana has its origins shared between China and Spain; history indicates that it was at the end of the 12th century that potters brought Chinese techniques and designs to Mallorca, which would become the most important export center for Hispano-Moorish ceramics from the Middle Ages.

The majolicas were the ceramics of Mallorca, whose production was the beginning of the industry that would spread throughout the Iberian Peninsula.

Another detail to consider is that at that time Spain was dominated by Muslims, an also interesting influence.

Talavera de la Reina is a Spanish city in the province of Toledo that, during the fifteenth and sixteenth centuries, achieved great fame thanks to its quality ceramics used in buildings such as the monastery of San Lorenzo de El Escorial, the old cathedral of Salamanca and the church of the monastery of Santa María la Real de Las Huelgas in Burgos.

Talavera and Seville would become the main export centers for fine earthenware to the New World.

Likewise, the Italian presence is present, maiolica, is an Italian word that refers to tin-glazed fired clay, decorated with metallic oxides painted on the unfired glaze. 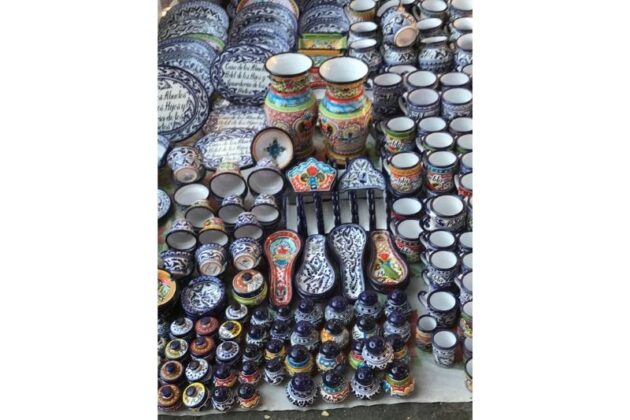 Arrival of the “talavera” to Mexico

Although there are several stories of the origin of the talavera from Puebla, one of them is the most accepted and attributes its arrival to the priests and their evangelizing actions.

This is how in the construction of convents they needed tiles and other objects for their decoration, but it was very expensive to import the majolica from Spain, it also took a long time, so to satisfy the demand, the Spanish artisans and the monks themselves taught the Indians to produce glazed pottery.

Years later, Diego Gaytán, a potter from Talavera, would revolutionize Pueblan pottery with his authentic style.

Since 1580, the number of pottery workers in Puebla has been increasing thanks to the availability of materials necessary to produce quality pottery.

Over the years, given the abundant production of ceramics and the large number of artisans, the viceroy considered it necessary to create a guild to regulate the activity.

The ordinances for this purpose were written in Puebla in 1653 and established rules for the exercise of the profession such as the classification of earthenware in three genres: fine, common and yellow; the proportions of the mud to produce good quality pieces; the rules to follow for the decoration; other qualities and manufacturing details.

The years from 1650 to 1750 are recognized as the peak and splendor of Talavera Poblana, a time when it spread throughout New Spain and other countries such as Venezuela, Guatemala, Cuba and Colombia.

However, with the wars of independence and the little possibility of trading, added to the disappearance of many workshops and artisan guilds, the stage of decline begins. 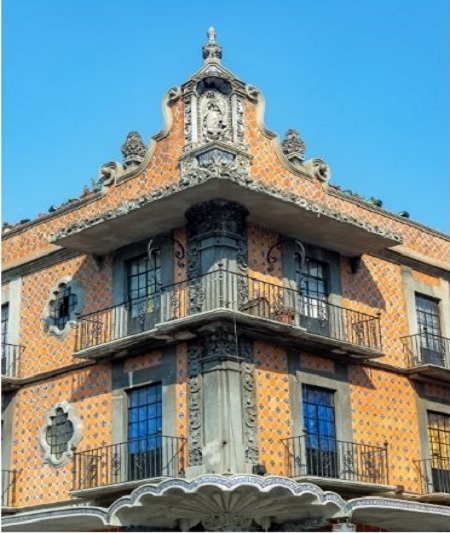 At the beginning of the 20th century, the Spanish Ventosa and the Mexican Martínez Uriarte, were encouraged to give new life to the talavera from Puebla, improving the quality standards of that time and also creating new decorative designs with pre-Columbian and art nouveau influences that were added to traditional Islamic, Chinese (Ming dynasty), Spanish and Italian root designs.

Almost at the end of the last century, Mexican artisans were in charge of adding human forms, animals and traditional images of flowers to the variety of objects that are made with talavera.

This is how, since the year 2000, the number of workshops that work with the art of talavera from Puebla has been increasing.

An important plus was that on March 17, 1995, a resolution of the Government of Mexico granted protection to the Denomination of Origin “Talavera de Puebla”; modified to remain simply as “Talavera” in September 1997.

The federal law intended that the workshops maintain the same quality and the same manufacturing process of the colonial period, in order to provide protection to the tradition; This law applies to products that are manufactured in the Municipality of San Pablo del Monte, State of Tlaxcala, in addition to Atlixco, Puebla, Cholula and Tecali de Herrera, in the State of Puebla.

This denomination of origin protects artisan ceramics defining which pieces could be called talaveras; Among the requirements it is established to be able to identify the data of the workshop, the clay used and the manufacturing methods and the last update indicates that they must have a hologram. 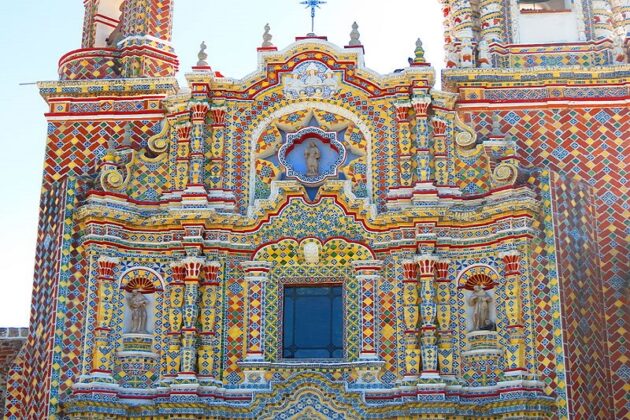 Where do you find Talavera Poblana pieces?

The states of Puebla and Tlaxcala are the places to admire and buy Talavera Poblana pieces.

You will find workshops and shops with a variety of objects, such as utensils for common use, including plates, vases, vases, sinks, religious articles and decorative figures.

On the other hand, you can visit places with beautiful decorations such as the Temple of San Francisco de Acatepec, with a polychrome talavera and red brick facade, you will also find them on many of the facades of the historic center of Puebla, as well as fountains, patios and other buildings. representations of Pueblan baroque architecture.

The Casa de los Azulejos in Mexico City is another place to see them; There are also fantastic exhibits at the Metropolitan Museum of Art in New York, at the Pennsylvania Museum of Art, the Franz Mayer Museum in Mexico City with the largest collection of Talavera from Puebla in the world (726 pieces), at the Museo José Luis Bello y González and the Talavera Museum that was inaugurated in the city of Puebla.