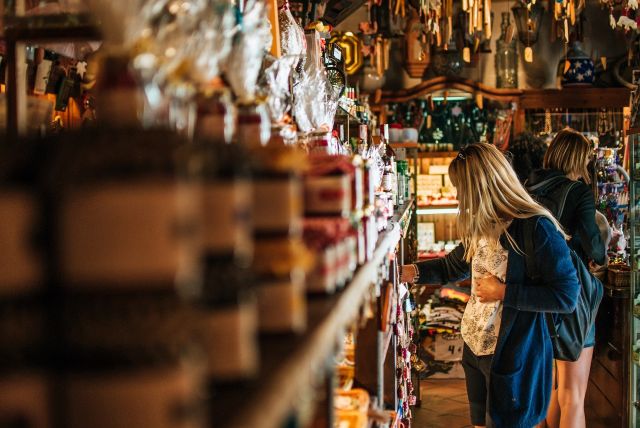 Spain is one of the most popular tourist destinations in the world, And for good reason. This charming Mediterranean country offers a variety of Iberian experiences, from relaxing on the beach to taking leisurely walks through the beautiful countryside to visiting old and new structures built by famous Spanish architects and artists. If you imagine Moorish structures among Spanish Renaissance treasures and extravagant modern art with the Sagrada Familia tickets in Barcelona, ​​Spain is sure to have something to turn heads around every corner.

Spain’s most popular attraction and possibly the best place to visit is the magnificent Basilica de la Sagrada Familia in the city of Barcelona. More than three million people visit the Sagrada Familia each year, which is a World Heritage Site. It is among the most visited attractions in the world. Visitors are mesmerized by the stunning beauty of this magnificent Gothic building and its incredibly distinctive construction, which combines Gothic and Modern styles. Visitors gain access to the museum, shop, nave, crypt, and church towers, among other areas, with Sagrada Familia tickets.

Palace of the Alhambra Granada

The Alhambra Palace in Granada should be your first stop when traveling through Spain. The Alhambra is a large structure of incredible beauty that stands in a privileged location overlooking the beautiful city of Granada in Andalusia. The Alhambra, which was first described as a minor castle in the year 899, was reformed in the middle of the 11th century, then, after being used as a “medina”, with the construction of more and more buildings, it was transformed from a fortress in a palace The magnificent Alcazaba, the Royal Palace and the Patio de los Leones are some of the most popular places to see inside the Alhambra Palace. It is generally advisable to buy your tickets for the Alhambra and the Nasrid Palaces in advance due to the high volume of tourists because there can be long lines at the ticket office.

You must include Madrid in your list of places to visit in Spain because it is home to one of the most impressive royal palaces in all of Europe. It is located in the center of the Spanish capital and offers more than 2,000 elegantly decorated rooms, 50 of which are accessible to the general public. The palace is still used for grand ceremonies and visits by heads of state. The striking building was made entirely of granite and stone from the Sierra de Guadalama that surrounds it.

The Cathedral of Saint Mary of the See, the largest gothic cathedral in the world and declared a World Heritage Site by UNESCO, it is one of the main attractions of Seville and an excellent place to visit almost any time of the year. The Cathedral of Seville is an imposing structure that is located in the center of the city, a short distance from the Guadalquivir River. The goal of the city elders at the time was “to create the largest and most spectacular Cathedral that others will think we are crazy.” The building took more than a century. With 80 side chapels, the magnificent central nave rises more than 40 meters. The Basilica was built on the site of the Aljama mosque.

The majestic Cathedral of Santiago de Compostela, one of the most impressive buildings of its kind in Spain, is located in the Galicia area of ​​northwestern Spain. It has a great meaning because it means the conclusion of the famous Santiago’s road for numerous travelers every year. On the site of an old church dedicated to Santiago, the construction of the cathedral began in 1075 under the direction of Bishop Peláez. Over the many years it took to complete, it was erected in a variety of architectural styles, including Gothic, Baroque, Romanesque, and Neoclassical.

With more than 3 million visitors a year, the Reina Sofía National Art Museum is one of the most popular tourist attractions in Spain. The museum, which occupies the old general hospital from the time of Carlos III, was declared a historical-artistic monument in 1977. In 1992, King Juan Carlos and King Sofía of Spain inaugurated it as the new Reina Sofía National Art Museum. Some of the most valuable art collections in all of Europe, including pieces by Salvador Dalí and Joan Miro, are now housed in the museum. One of the most significant pieces on display here is the «Guernica» by Picasso, which is exhibited on the ground floor.

El Escorial is just a 50-minute drive north of Madrid. It was built by order of King Philip II as a way to honor Spain’s victory over France in the Battle of San Quentin in 1557. After more than 20 years of construction, the building finally became the final resting place for all of Spain’s monarchs, a practice that has persisted to this day. Only when you are there in person can you fully understand the size of the San Lorenzo Monastery. San Lorenzo is just a short train or car ride from Madrid.

The Great Mosque of Cordoba

The impressive Mosque-Cathedral in the center of the beautiful Andalusian city of Córdoba is its best-known monument. The huge Arab mosque was built in 784 AD. C. and was designated a monument World Heritage in 1984. Córdoba was created by the Romans in the 2nd century and rose to fame under Emperor Augustus, but the city’s golden age began in the 8th century when the Moors invaded and made it one of their capitals. The wonderfully ornate landscaped courtyards, the Zoco craft market, the Casa Andalusí, the Jewish quarter and the banks of the Guadalquivir River are just a few of the interesting places to see in Córdoba besides the Great Mosque.