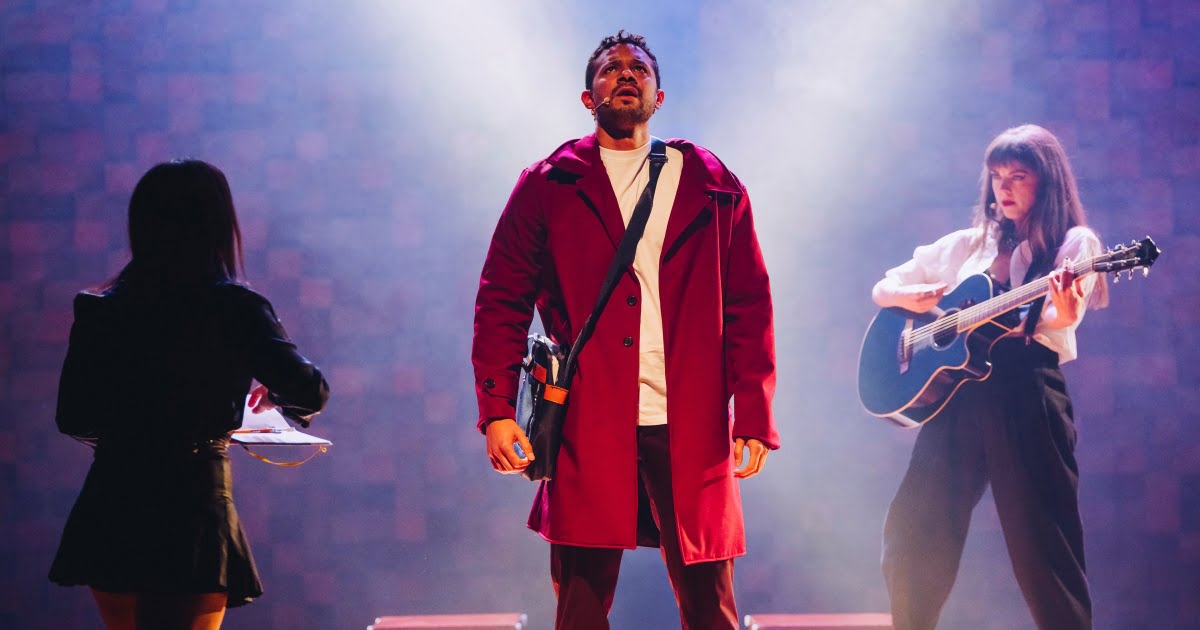 It’s not because Alan wrote it, well a little yes, but also because it’s the play that everyone is talking about.

Seven Times Goodbye is the story of “Ella” y “The”, a couple on the brink of a seven-year crisis who take advantage of the moment to rethink the course of their relationship and their lives. Around them is a group of artists who, inspired by the couple, will create songs of love, heartbreak and hope to accompany this and all love stories. The bridge that unites both universes is “The love”the personification of love itself and narrator of the play. 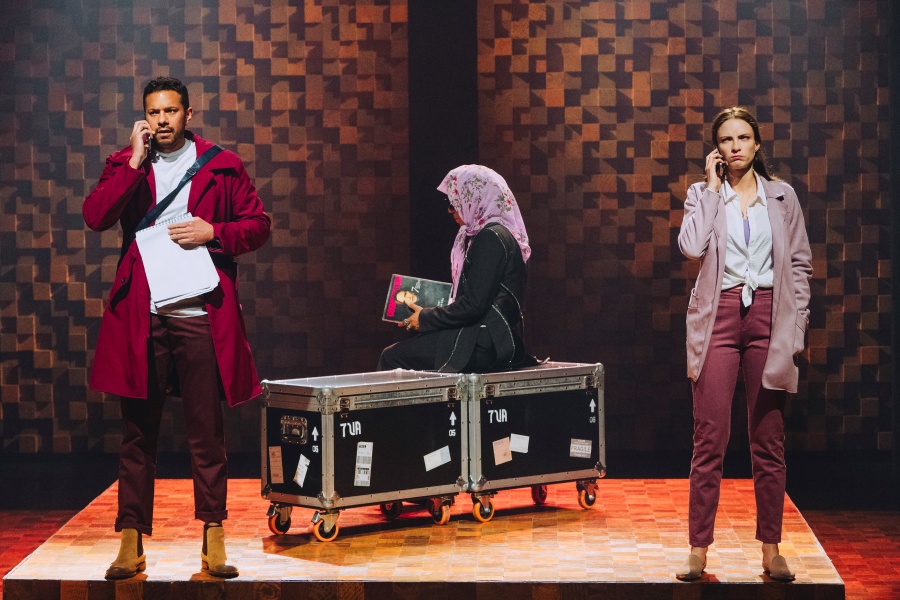 A play starring one of the darlings of the Alan por el Mundo community, so if you’re in Mexico City, don’t miss Regina Blandón in Theater.

In the context of a planet in climate crisis—ours—a young couple poses the question of a generation: is it worth bringing a new life to a screwed-up world? And if we don’t, are we enough for each other? In the dialogues of this modern love story, we accompany M and H from the ideological conflicts of their young adulthood until life passes them by and puts the foundations of their relationship to the test. 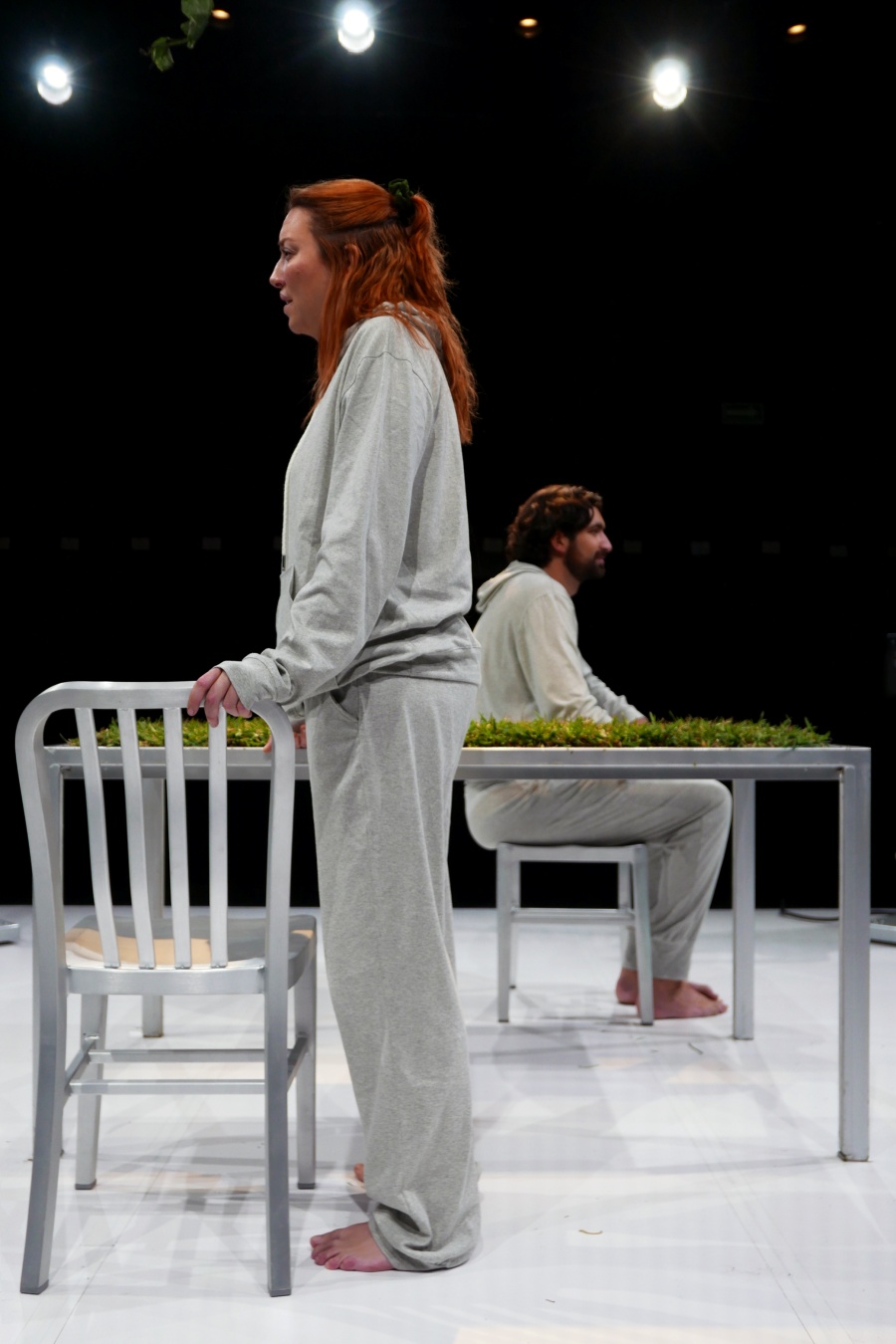 With this work you could easily identify yourself.

It is a work about the love of family and how sometimes it is difficult for us to accept those we love.

A Christmas dinner like that of any family in the Western world; Erik and Doris Bada meet at the new home of Berenice, her youngest daughter, and her boyfriend Ricardo, who live in an old ground-level apartment in the heart of the Zona Rosa in CDMX. Also at dinner are Aline, the eldest daughter, and Yaya, Erik’s mother, who suffers from Alzheimer’s.

In the midst of the “daily dynamics”, Berenice, who is dedicated to classical music, and Aline, who works at Volkswagen in Puebla, have to deal with their parents, who disagree with their way of life. The work explores themes such as old age, fear and the difference in points of view and opinions between generations, filtered through casual conversations that reveal the depth that family ties contain. 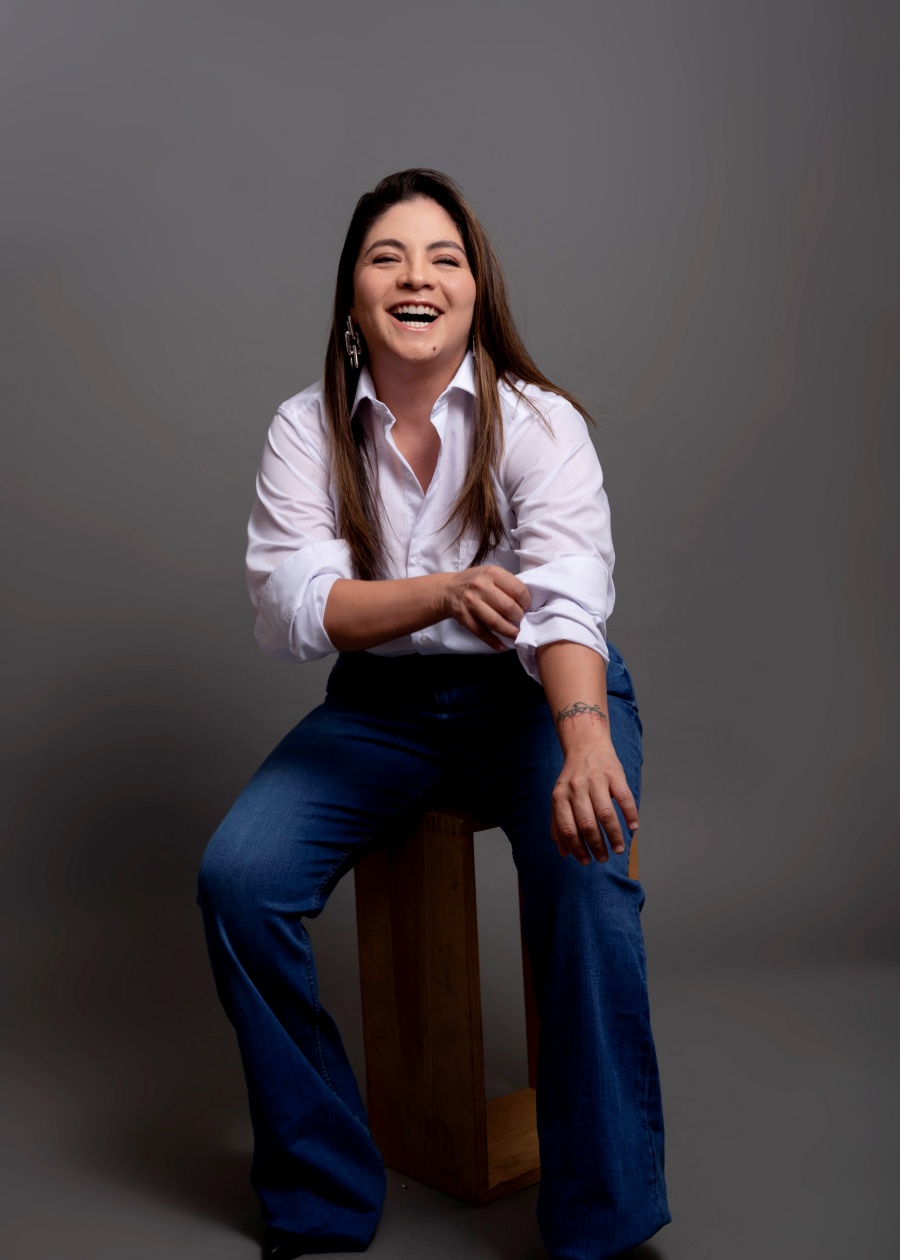 The theater was not made to give answers, but to generate them, and this work will make you question a lot about the children or the couples who would like (or not) to have them.

The monsters is about Claudio and Sandra, who know that their children have unique qualities that separate them from the average. They are special, aren’t they? It is true that they had some behavioral problems, that they do not make friends easily and that they are almost never invited to birthdays. Better, only a good father knows how to protect his son from a monstrous world.

The monsters participated in the 2015 Bienal de Arte Joven in Buenos Aires, and since its premiere it has been placed as one of the favorite musicals of the Argentine public. The play won seven Hugo Awards for musical theater, including the Golden Hugo Award for Best Musical of the 2015-2016 Season, it also won four ACE Awards and four Florencio Sánchez Awards. 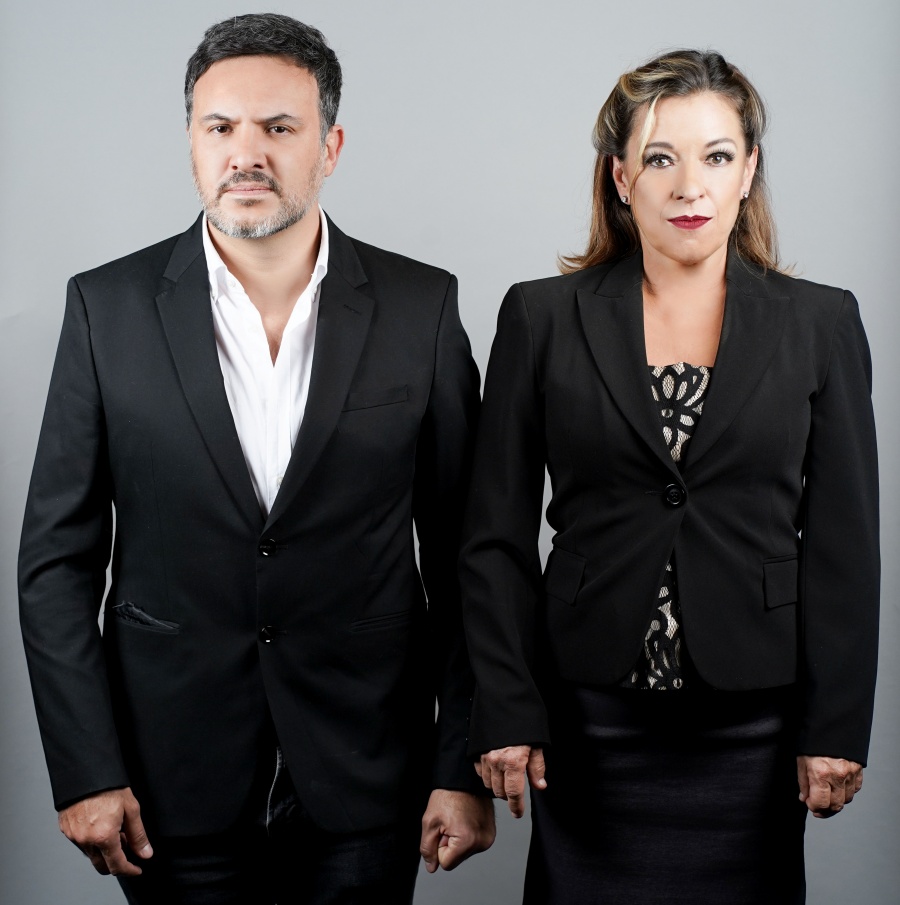 We would like to tell you a lot about this play, but it is the best kept secret of the Theatre.

With no rehearsal, no director, a different performer every night, and a libretto waiting in a sealed envelope onstage, Nassim Soleimanpour’s White Rabbit Red Rabbit is a bold theatrical experiment and a potent reminder of the transgressive and transformative power of theatre. The only rule after being a witness is not to reveal anything about the work. 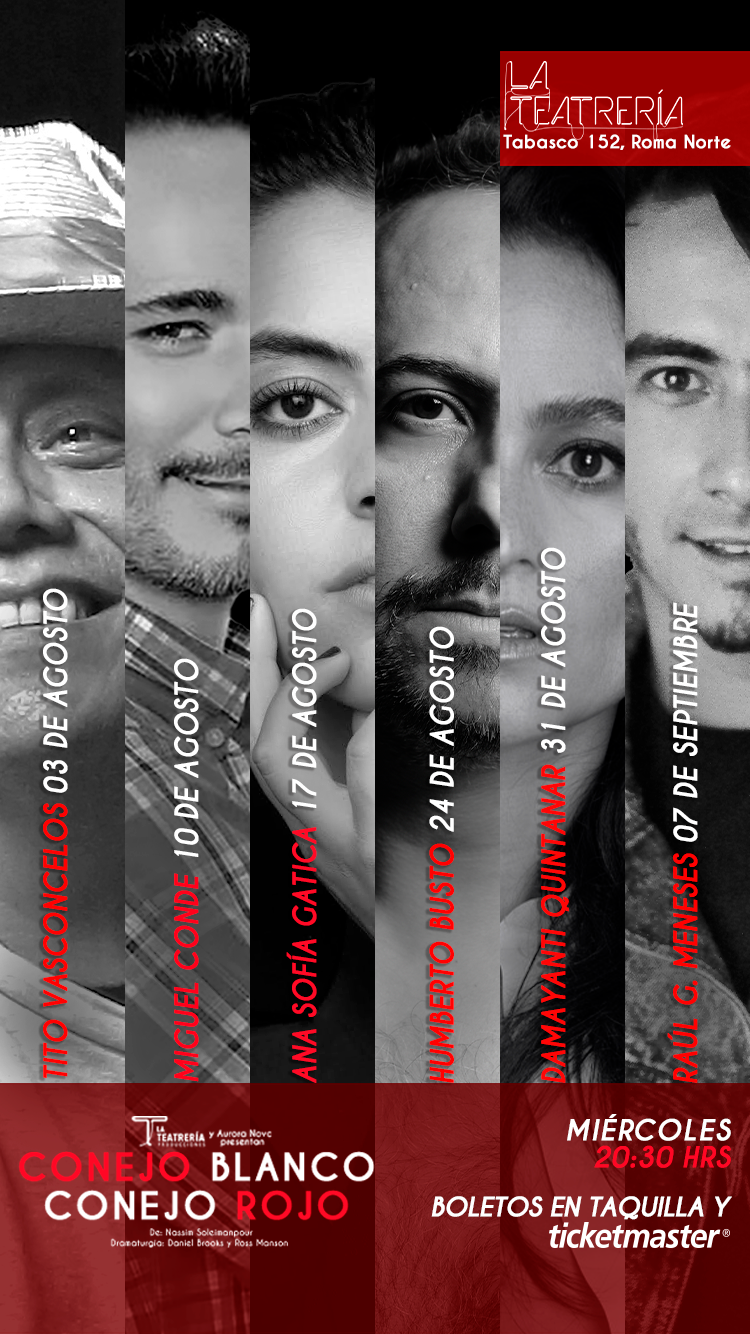 It is in its fifth season that ends on September 7, which takes place every Wednesday at 8:30 pm at La Teatreria.

The next actors to appear are:

They have just completed 225 performances and our traveler Alan was the godfather of this company.

Aladdin, the dazzling Broadway hit, based on the Academy Award®-winning animated film, is now in its sixth successful year on Broadway at the New Amsterdam Theatre.

It was also adapted from legendary folk tales, including Arabian Nights, and now it’s brought to the stage in this bold new musical. Aladdin’s journey immerses audiences in an exotic world of daring adventures, classic comedy and timeless romance. This new production features the five most-loved songs from the Academy Award®-winning soundtrack plus more, written especially for this production.

This staging has an extended story, unreleased songs, brilliant costumes and an Arabic-inspired set design, which will take all attendees on a unique journey through an incredible story of love, but above all of courage and friendship celebrating the magic and fantasy.