Touring Mexico is synonymous with a gastronomic tour, each place has a delicious dish to try, among them the “Pozole, the typical dish for September 15“.

The delicacies of Mexican cuisine are a fundamental part of the country’s cultural identity and, as such, are of great value not only for its inhabitants, who have the advantage of tasting it daily, but also for millions of tourists who visit their lands and fall in love with the flavors of Mexico.

Each site you know has one or more featured dishes; Going to the market of the place you visit is one of the recommended activities for your list of things you must do in the destination, all indications of the unmissable Mexican culinary art.

In case you did not know, in 2010, traditional Mexican cuisine received its award as Intangible Cultural Heritage of Humanity by UNESCO, a prize for the work of so many years of tradition.

Among the outstanding dishes we have the tacos, the tamales, some chiles en nogada, the mole and of course, the pozole, delicacies that you should taste as soon as you have a chance…

Here we tell you why the pozole is a delicacy…

The history of pozole is not as pleasant as sitting down to eat it, but it can be interesting to learn about it.

Pozole is a word that comes from the Nahuatl pozolli, from tlapozonalli, which means sparkling; It is believed that it was named for the foamy consistency that can be seen when the cacahuazintle corn grains are cooked for its preparation.

This dish was part of the recipes of pre-Hispanic cuisine that, according to testimonies of the Spanish friars of that time, had as an ingredient human meat from those people who were sacrificed.

Another version indicates that the meat they used was from xoloitzcuintle, dogs raised to be used in the kitchen.

Likewise, this dish was a menu reserved for a few, only Moctezuma and a select group ate it.

With evangelization, human meat is replaced by pork, which was said to taste the same.

Although controversial in its origin, this dish survived the years and became one of the favorites of Mexicans and is the one chosen to be present at the patriotic celebrations of September 15.

As we know, September arrives and Mexican flags adorn every corner of the country, everything indicates that it is time to prepare homes for the big day, a celebration of great meaning and patriotism for all the Mexican people.

On September 15, a large part of the homes in Mexico choose the pozole as the main dish that will accompany the celebration of the night, when the whole family gathers and waits for “El Grito” in commemoration of the Grito de Dolores of 1810, when the priest Miguel Hidalgo summoned his parishioners to take up arms, initiating the independence struggle. 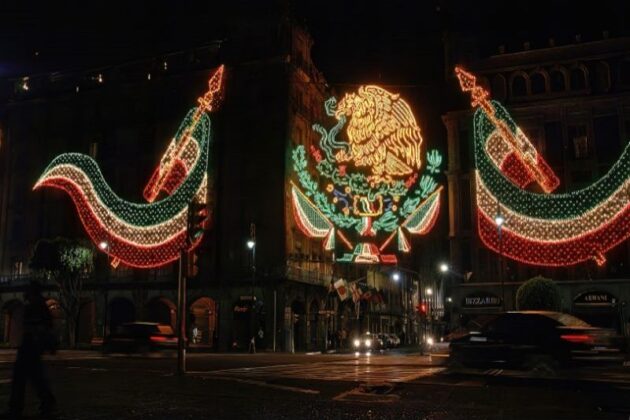 What is and how is the Pozole prepared?

Pozole is a kind of corn broth or soup with shredded pork or chicken, to which other vegetables such as onion, lettuce and radishes are added; this could be said to be a simple definition.

The main ingredients are cacahuazintle corn or pozole corn, pork (pork head meat, is the classic) or chicken, onion, garlic, salt, water. The rest of the ingredients will depend on the region, which defines whether it is red, white or green pozole or some other type.

All, or almost all, of the pozoles are topped with lettuce, onion and drops of lemon.

If your intention is to prepare a pozole, the best idea you can have is to ask for advice from a Mexican who has already done it, and depending on its origin, they will be the indications. 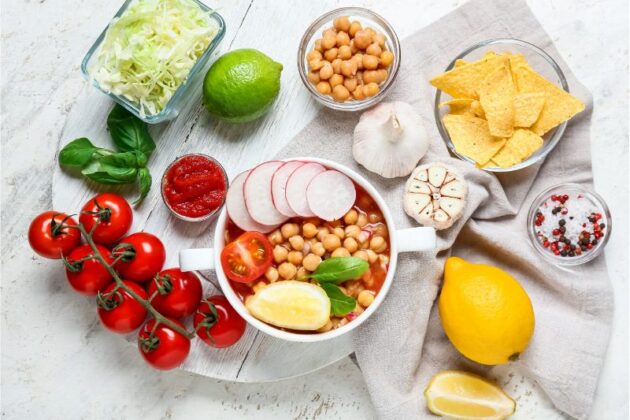 There are many varieties of pozole and it will depend not only on the color, but also on the region and not to mention the differences depending on the hand of who makes it.

In general terms, we are going to mention some types of pozole that you can try:

It is prepared in a “natural” way, which gives the person who is going to eat it the option of choosing how they like to accompany their pozole, depending on the type of sauce they prefer.

There are several recipes, in Colima they put ingredients such as ear, cheek, chamorro, cueritos and pork bones; in Puebla they do it with chicken.

Another variant is that of Acapulco and Oaxaca, where canned sardines are added to accompany it. 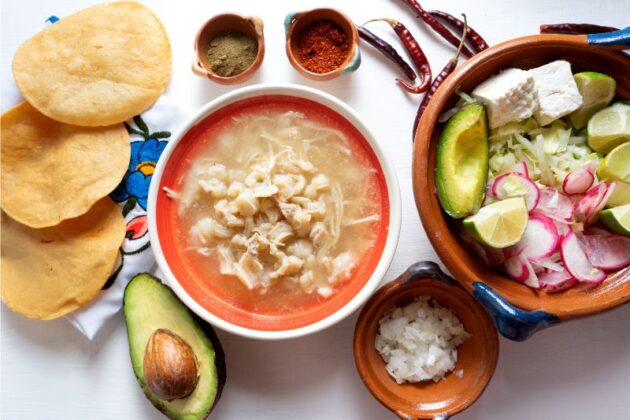 This pozole has among its ingredients the ancho chili and the guajillo chili, likewise, it can be with pork or chicken, there are even those who add turkey. It is believed to be native to the state of Jalisco.

On the other hand, we have the pozole from Aguascalientes and El Bajío, which is consumed with marisol chili. 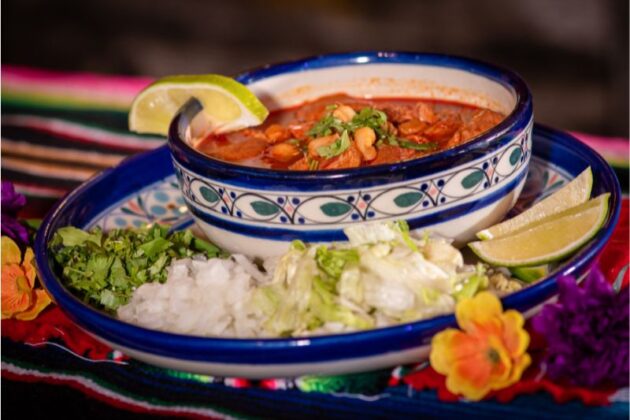 Originally from the state of Guerrero, the recipe for this type of pozole includes, in addition to corn and pork, a preparation with green tomatoes, epazote and pumpkin seeds, which give it its color.

Another fact about this dish indicates that there are those who add pork rinds and avocado to accompany it. 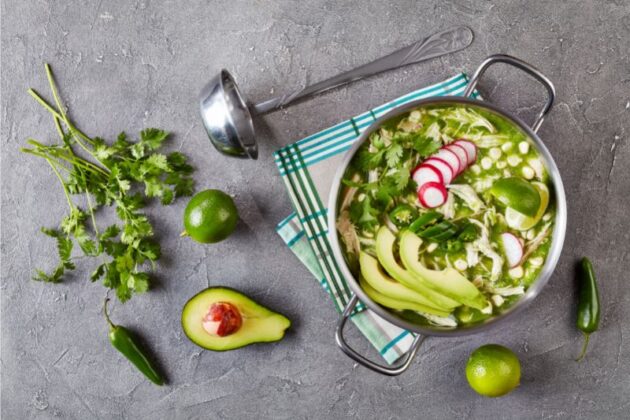 Other types of Pozole

Although the original pozole contains pork, there are those who choose to innovate and try new recipes and that is why another rich alternative to pozole arises, that of seafood.

You find it on the coasts of Colima, Jalisco and Nayarit, and its main ingredient is shrimp broth, with a preparation that includes lard, and at the end shrimp, fish, octopus and clam callus are added.

The pozol, as it is called in this region in the southeast of the country, has a different preparation and is eaten cold.

It begins by undoing the cob that is unified with the broth; then, the grains have to be nixtamalized, to later be ground and made into a dough.

Once the dough is ready, it is usually added honey, chocolate, coconut, if you want it sweet or you can choose to add habanero chili if you like its salty version.

In these times where meatless food is so common, an option for vegetarians was very necessary.

This pozole is also very tasty and is made with mushrooms and mushrooms, which are the main ingredients of the broth, along with bay leaves, garlic, onion, guajillo chili, which are then added to the corn and complemented with other vegetables.

What sweet Mexican are you? – Alan x the World

What sweet Mexican are you? – Alan x the World