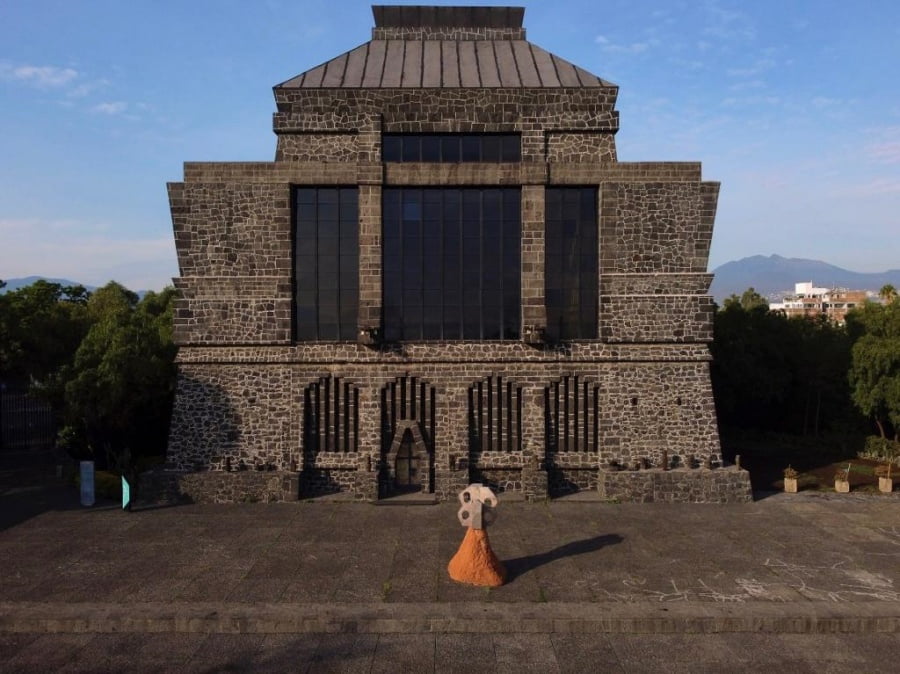 South of Mexico City, in the Pedregal de San Ángel area, the flow of what was once lava laid the foundations for where the Anahuacalli Museuma spiritual temple that preserves the beauty and an extensive collection of pre-Hispanic figures by the muralist Diego Rivera.

I recently visited the Museum to see the exhibition and intervention of the German artist Robert Janitzin which in addition to finding a very well mounted exhibition that allows you to admire the artist’s work in context with the Museum’s concepts, the space won me over despite having visited it in the past —in a Brian Eno project and a Patti Smith concert—.

This time, the architecture of Anahuacalli entered me, I felt that spiritual and special accompaniment while one visits the rooms and ascends from darkness to light on the terrace. 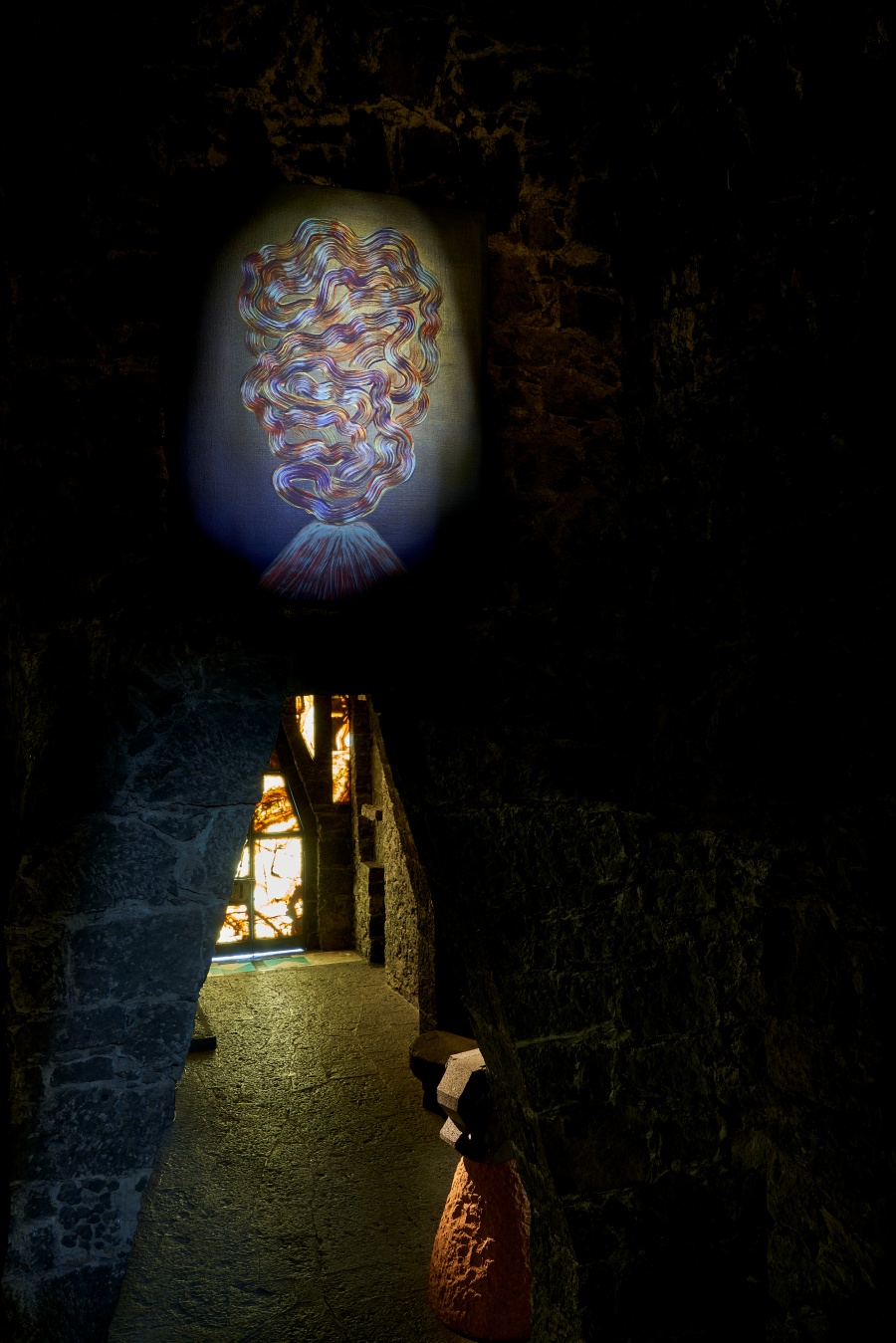 I decided to look for Karla Niño de Rivera, an art restorer who has been leading the Museum’s Coordination of Exhibitions and Conservation of Works for 12 years, to talk to her about this site.

Karla narrated that Diego Rivera was a friend of many archaeologists, one of them was Eulalia Guzmán, who advised Diego to understand the importance of Mesoamerican ceramics. Because the painter’s fascination with pre-Hispanic sculptures was in the public domain, people —politicians, intellectuals or friends— They gave him figures of Mesoamerican idols.

Frida Kahlo, a painter who perhaps does not require an introduction, received many pieces and took it upon herself to register them in the muralist’s collection while he was in San Francisco, California.

But Diego’s taste for these figures began when he was very young, at 8 years old. Although his official collection was born already in his adult life, as a child he liked to know the mines and collect stones. He suffered the loss of a brother and it is a void that he filled with collecting.

For this reason, the use he gave to the figures with which he came across changed over time, in his childhood he used them to play and when he was older, he took them as models for his works.

When Diego returned to Mexico after a trip to Paris, he noticed that certain people and galleries were selling pre-Hispanic pottery. For this reason, he decided to promote the reproduction of certain vessels of “common use”, such as agriculture and regeneration of the land, music, artistic life. 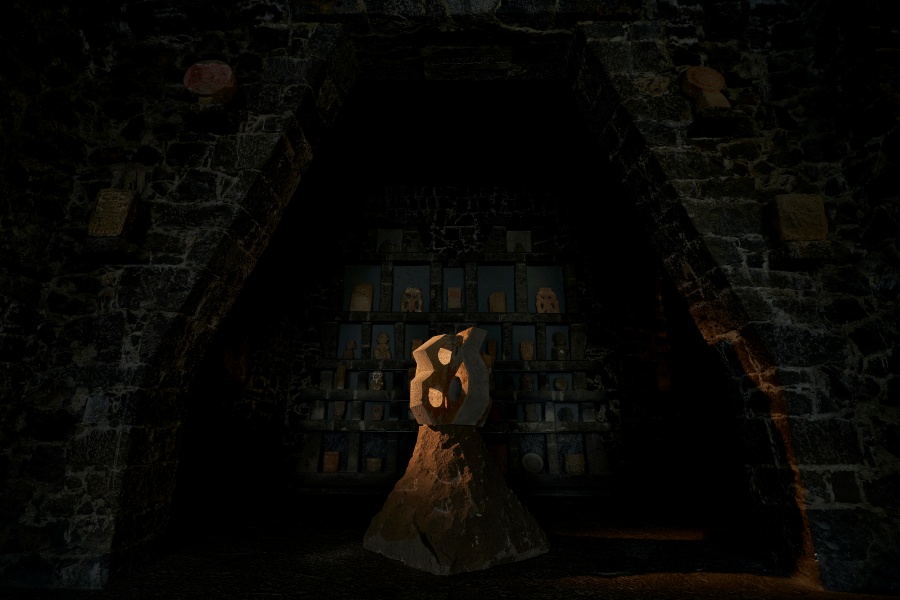 Although these pieces also have an important anthropological background, this initiative allowed the protection of idol figures in the second half of the 20th century. At that time, there was a search for identity among artists and intellectuals and for Diego Rivera, collecting these pieces was his way of finding them and giving them to the Mexican people: creating the Anahuacalli, a physical, metaphysical and spiritual container.

Diego worked tirelessly to achieve the design of the temple, which in time will be better known as “Museo Anahuacalli” or simply as “El Anahuacalli”. To achieve the architectural conception, Juan O’Gorman, also a painter and architect friend of the Kahlo-Rivera couple, advised Rivera.

From 1942 to 1957, the painter devoted himself almost entirely to the construction of the Anahuacalli. But with the death of Kahlo in 1954, the painter temporarily declines. However, he found his motivation again and after his death in 1957, his patron and friend Dolores Olmedo completed the work with the help of the painter’s youngest daughter, Ruth Rivera, by Juan O’Gorman. and the poet Carlos Pellicer.

From its conception, the place had to fulfill a function beyond being a temple. The building has three levels: underworld, earth and sky… Throughout all the spaces there is a balance between dark and light. Likewise, it is made with materials from the area, accompanied by a garden of different local plants. 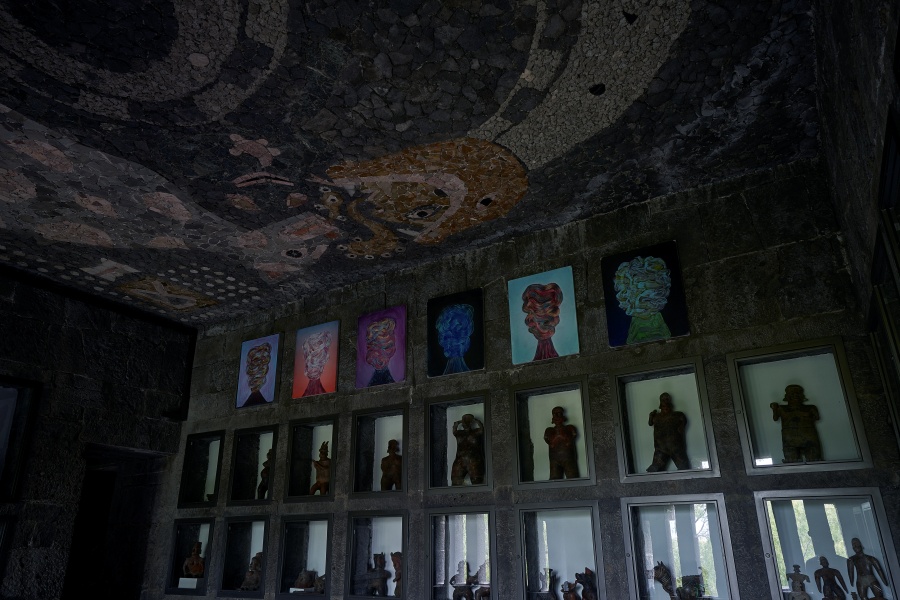 The space has murals that mirror the world with the underworld. There are snakes that accompany you from the ground floor to the terrace, which feels like you are coming out of a damp cave to the surface, full of light and with a view that offers you peace, leaving you with the feeling of peace and being a new person. On that journey, you forget for a moment that you are in one of the largest cities in the world.

The Anahuacalli is a place where you manage to unfold.

Karla explains that the fact that the Anahuacalli exists is the result of Diego’s privilege, who managed to take it from the two-dimensional to the sculptural, pictorial and architectural. Today, the museum-temple is intended to make a connection between crafts and contemporary art and to activate the space so that those who visit it have a connection with what they are seeing. 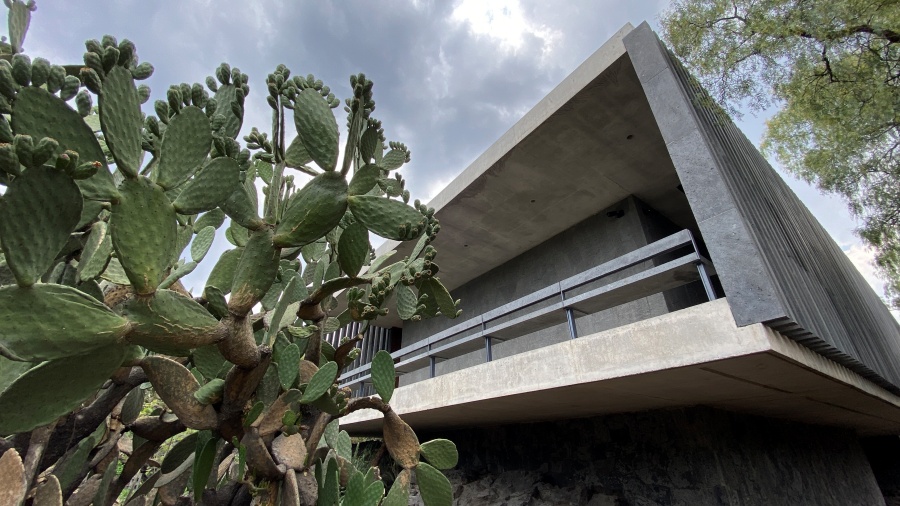 At the end of 2021, the Anahuacalli Museum had an extension made by the Mauricio Rocha Workshop and with it the restoration of its cellar, in which there are more objects than we see in the Museum. A well-kept secret is that these pieces change from time to time inside the Museum itself and that some others are waiting to be exhibited nationally or internationally. —This is called an “exhibition request” and it is when a museum wants to exhibit one or more of the pieces in the collection—. 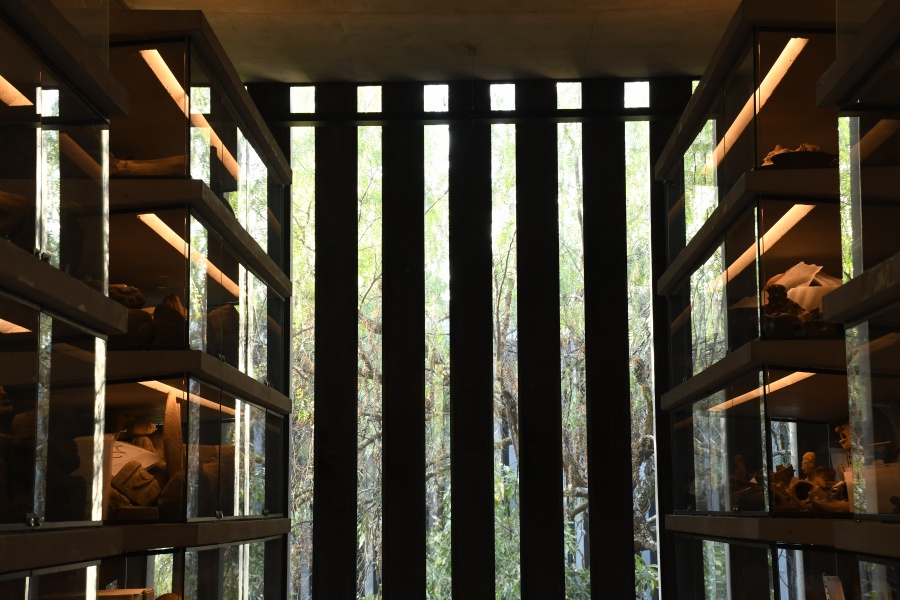 I highly recommend you visit Anahuacalli and allow yourself to have an experience like the one I had. Also, in the following link the recently inaugurated exhibition “Diego Rivera’s Americas”, at the SFMOMA where you can find some of the sketches where the pre-Hispanic pieces served as models.