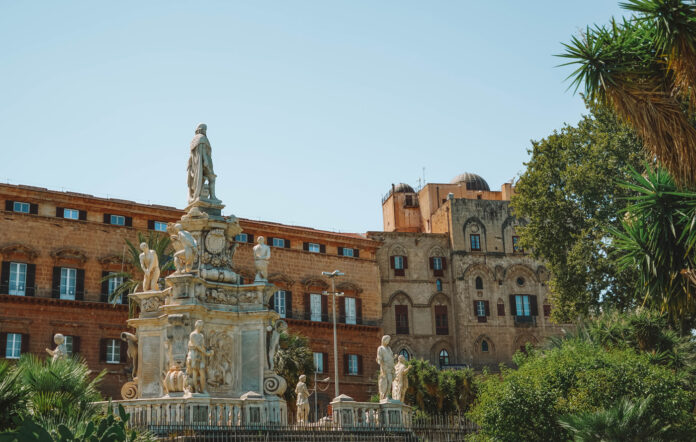 Visiting Palermo in one day is possible. In fact, in your route through Sicily It is normal that you prefer to make the most of your time and see as many sites as possible. Sicily is a huge and enchanting island! Palermo is its largest and most interesting city and, although the ideal would be to spend a couple of days in its streets, you can see the essentials quickly. In this post we present an itinerary with the best things to see in Palermo in one day.

25 things to do in Palermo

On the following map you will find marked the itinerary to see Palermo in one day. We recommend you save it to your Google account by clicking on the star next to the title. So you can access it whenever you want from the “My Maps” section of the Google Maps application.

Where to sleep to visit Palermo in one day?

Even though you only have one day, what is very convenient is that you spend at least one night in the city. We stayed in the B&B Xenia and we believe that it is a very practical option since it is located next to the train and bus station and all the attractions of the historic center.

If you want to contemplate other options, we tell you the best areas and hotels to stay in Palermo.

WHAT TO SEE IN PALERMO IN ONE DAY: VISIT ITINERARY

1. Start the day visiting the Palace of the Normans and the Palatine Chapel

We believe that there is no more practical place to start this Palermo tour in one day than visiting the Palace of the Normans. It is the old Royal Palace of Palermo, and it is not just any building! It is the oldest royal residence in Europe and the best Arab-Norman-Byzantine style work on the island.

Since the 12th century, this building was the official residence of the Kings of Sicily and it also became the seat of the Sicilian Parliament. The Royal Palace is huge, but what is most worth visiting is the Palatine Chapel. Is incredible! Its mosaics are incredible, so you can’t miss them.

The entrance to the Palace of the Normans has different prices. The complete visit to the Palace costs €19, however, If you are only interested in seeing the Palatine Chapel and the Garden, the ticket will cost you €15.50. Even if you visit Palermo in one dayyou can not miss these attractions.

Book a Tour of the Palace of the Normans in Spanish

2. Let yourself be carried away by the aromas and the screams in the Ballarò market

The markets in Palermo they are a real spectacle. Palermo is a very authentic city, with a lot of character, partly due to its historic markets. The one in Ballarò is one of the most famous in the cityso you cannot stop walking through its streets to let yourself be carried away by the aromas and shouts of the locals.

The Ballarò market is super old. Its origins go back to the High Middle Ages, when they began to sell fruits, vegetables and vegetables from the orchards of Conca d’Oroa plain that surrounds Palermo and that is very famous for the citrus that it gives.

If you are a little hungry you can try some local products. Sicilian gastronomy will not disappoint you! Definitely, one of the most interesting places to see in Palermo in one day.

Book a FREE food tour of the Ballarò Market

3. Visit the Church of the Gesù, one of the best stops on this route through Palermo in one day

Apart from markets, the city of Palermo is full of beautiful churches. If we have to choose only one, without a doubt we will choose this baroque jewel. It is one of the most beautiful churches in Palermo! When you see it from the outside, you probably don’t even want to go inside, since the exterior is quite austere. However, when you enter you will hallucinate.

Inside you will be amazed by its frescoes. It is one of the best examples of Sicilian Baroque. Definitely, one of the most beautiful places to see in Palermo in one day. And besides, your entry is free!

50 essential places to see in Italy

4. Know the Cathedral of Palermo

But if we talk about religious buildings, obviously The Cathedral of Palermo could not be missing on this route through the Sicilian capital. It is the most famous and imposing building in Palermo. Starting with the area where it was built! Palermo cathedral it was built in the most sacred area of ​​the capitalwhere Phoenicians, Romans, Byzantines and Arabs had built places of worship.

And precisely, its mix of architectural styles is what makes it unique. As a curiosity, when the Normans came to power, they decided to build this temple on top of an old Muslim mosque to compete with the neighboring Cathedral of Monreale.

If you have a good time, you can enter to see the royal tombs or to go up to the terrace from where you will have magnificent views of Palermo. If you just want to see the temple, admission is free.

The 15 best churches and cathedrals in Europe

After a busy morning of sightseeing, there is nothing better than to recharge your batteries by eating a good pizza. In Palermo almost anywhere you can eat a decent pizza, but We believe that the ones in this place are the best in the city. They are to lick your fingers!

The place is located in Via Maqueda, in the heart of Palermo. They serve very cheap and good slices of pizza for only €3.50. An ideal place to eat something quick and delicious. By the way, we recommend accompanying the pizza with a lemonadea traditional Sicilian drink.

8 restaurants where you can eat cheap in Palermo

6. Eating a brioche with ice cream in Cappadonia, one of the best things to do in Palermo in one day

In Palermo you will see historical markets, incredible churches, but what you have to do is take the opportunity to eat! We in Palermo ate from a movie. One of the things we will always remember will be this ice cream. Well, specifically this brioche with ice cream. We have never seen this combination before, but Sicilians love to eat their ice cream inside a brioche. In fact, some even eat them for breakfast.

Cappadonia ice creams are a spectacle. They have a ton of flavors and each combination goes better than the last. A brioche with ice cream costs €3.50 and trying them is one of the best things to do in your route through Palermo in one day.

After eating the ice cream, we recommend you stop at this monumental intersection, where Via Maqueda and Corso Vittorio Emmanuele intersect. It is a true work of art! Definitely, one of the most picturesque places to see in Palermo in one day.

25 best places to see in Sicily

8. Visit the Fontana Pretoria, one of the most beautiful places to see in Palermo in one day

Next to Quatro Cantti you can visit the most famous fountain in Palermo. And that was not built on the current location. This monumental fountain was commissioned by the father-in-law of the Grand Duke of Tuscany for the garden of his Florentine residence. However, when he passed away in 1553, it was moved to the beautiful Piazza Pretoria after it was bought by the Palermo senate.

The fountain is surrounded by incredible buildings such as the Praetorian Palace o to Church of San Giuseppe dei Teatini. A place to frame in your visit Palermo in one day!

If we talk about the importance of the religious temples of Palermo, the Co-Cathedral of Santa María del Almirante, also known as the Marzipanis in the first positions.

Es another of the Arab-Norman jewels of Palermo. However, its side façade, one of the most beautiful in the temple, is Baroque.

However, despite the fact that its interior full of Byzantine frescoes is well worth it, This temple can only be visited from 10:00 a.m. to 1:00 p.m.so that it’s unlikely you’ll be able to fit in this tour of Palermo in one day. However, stop at Piazza Bellini and see its beauty from the outside.

30 curiosities of Italy that will surprise you

10. Photograph the Church of San Cataldo

In the same Piazza Bellini you can visit another of the most special churches in Palermo. Another Arab-Norman gem! The temple was founded in the 12th century as a private chapel dedicated to San Cataldo. The highlight of the church are its three red domes.

11. Go up to the viewpoint of the church and monastery of Santa Caterina d’Alessandria, one of the best things to do in Palermo in one day

ABefore they close at 6:00 p.m., we advise you to go up to the Santa Caterina d’Alessandria viewpoint. You will have a spectacular 360º view of Palermo! But don’t settle for just the view, exploring its baroque interior, which contrasts with the late-Renaissance style of the exterior, is also highly recommended.

The entrance to the church costs €3 and to the terrace only €5. Nevertheless We recommend buying the ticket combined with the terrace, which costs €7.

Vucciria is, together with Ballarò, the most famous market in Palermo. It is located in the popular Loggia district, which for centuries has been linked to commerce thanks to its loggias.

The name Vucciria comes from bucceriawhich in turn has its origin in the French word butcher’s shop, which means butchery. Centuries ago, this market served as a slaughterhouse and mainly meat was sold in the market. But Today the panorama is very different and you will find products of all kinds, including very good restaurants where you can eat and drink.

13. Visit the Teatro Massimo, one of the most beautiful buildings to see in Palermo in one day

Did you know that Palermo has the largest opera house in Italy? The building is amazing and cannot be missing on your route through Palermo in one day. It is considered one of the most important theaters on the continent. It was inaugurated in 1897, nothing more and nothing less than a concert by Giuseppe Verdi.

Your visit hardly coincides with a show, but you can always get to know its beautiful interior with a guided tour. Is incredible! The visit costs €10. However, you must bear in mind that the last guided tour is at 5:00 p.m., so it is very likely that you will have to cancel other activities to be able to enter. If it is not a priority for you, you will have to settle for seeing it from the outside. Which is already very worth it!

And to put the finishing touch to this route through Palermo in one daywe believe that there is no better place to dine than Bistrot 107. It is close to the Teatro Massimo and we ate one of the best pasta dishes of our lives. And that its atmosphere is more of an American restaurant than a trattoria! If you don’t want pasta, don’t worry, they serve all kinds of international food. However, it is their specialty and we are sure that you will not regret it.

How to get from Catania to Taormina by train, bus or...

The Christmas season has already begun at Disneyland