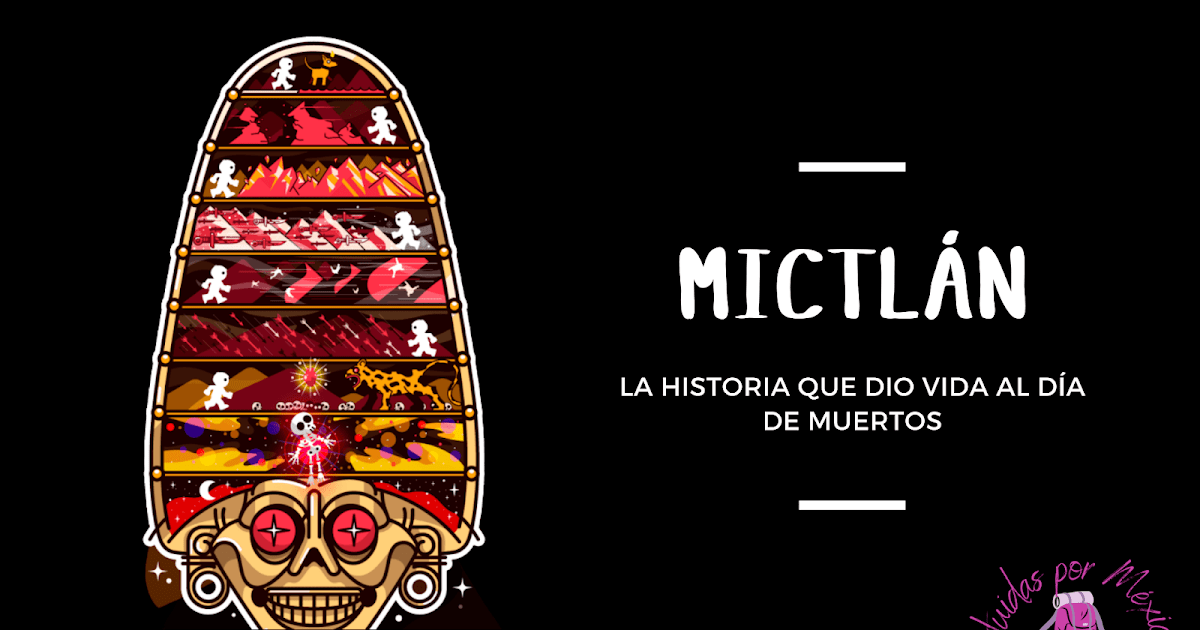 The Day of the Dead It is one of the most heartfelt and famous traditions of our culture.

The grandparents used to say that “death means joy, transcendence and returning to the origins; the body disintegrates but our soul lives for all eternity” That’s how they told it and that’s how we Mexicans live it.

Our ancestors honored death as a consequence of life and part of the cycle of nature. Before the conquest, the indigenous people already evoked their dead, not in November as we do now; they celebrated the Miccailhuitontli or festival of the dead the ninth month of the Nahua calendar and the Great Festival of the Dead, the 10th month of the year.

For the Mexicas, the dominant culture in Mesoamerica when the Spaniards arrived, death was the beginning of a journey to Mictlán and before arriving the soul had to detach itself from the body. Tlaltecuhtli was the Goddess of the Earth who was in charge of devouring the corpses; After devouring the bodies, this deity pariah the souls and thus they could start their way to Mictlan.

The Mictlan means place of the eternal rest of the dead; it is made up of 9 dimensions; our ancestors believed that they had to walk a long way of 4 years until they reached a river where they could only cross with a brown dog and they reached another dimension; to eternal rest, to Mictlan, where Mictlantecuhtli, the Lord of the Dead, lives. For this reason, during the 9th month they lit copal and placed cepasuchitl so that the deceased found their way and since it was very long, they needed food and light. They also celebrated the end of the harvest and this whole festivity lasted a month

They did not make offerings or altars; these were rather part of the funerary rite; They also included jewelry and clothing, vessels with food, water and other elements that could serve the soul on its way to Mictlan; They were buried with dogs that served as a guide for the trip to the underworld and in the case of rulers or personal of the privileged class they were buried with their slaves to accompany them on their way.

Death was so important to them that one of the days on the calendar was Miquiztli, which means death; It was even considered that if a child was born on that day it was a sign of good fortune, although it was necessary to make sacrifices of quail in his honor.

With the arrival of the Spanish, the Day of the Dead did not completely disappear; the Spanish were terrified of the practices of the indigenous people and in an attempt to “convert” to Catholicism they moved their “Festival of the Dead” to November to coincide with the Catholic festivities of All Saints’ Day and All Souls’ Day.

The pre-Hispanic customs of cremating the dead or burying them in the home were eliminated and the corpses began to be carried to the churches, the rich inside and the poor in the atriums. We adopted Spanish customs such as consuming bone-shaped desserts, which evolved into the popular pan de muerto and sugar skulls. The custom of setting up an altar with candles and Syrians also began; the families prayed for the souls so that they will reach heaven; the visit to the cemeteries that were created at the end of the 18th century

Some specialists pointed out that the ceremonies and celebrations related to the Day of the Dead “are clearly Spanish, colonial, Christian and, in some cases, pagan Romans taught by friars, priests and other Europeans to the mestizo Indians.

Today the celebrations are different in each region of the country, but we share the same origins: A cult of Life and Death as part of the path that we all must travel.

Tell me, what are the traditions with which you celebrate the Day of the Dead?