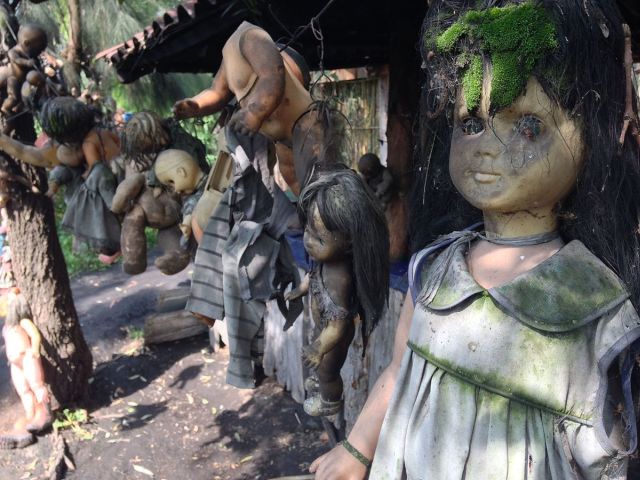 A new study ranks the 10 scariest places on the planet to travel in the Month of the Dead.

A new study by iVisa, which ranks the 10 spookiest countries in the world to travel to on Halloween, has revealed that Mexico is one of the most terrifying destinations on the planet due to the large number of legends and alleged ghost sightings.

To create the list of spookiest destinations, iVisa scoured the internet to see which places were most recommended by Halloween fans looking for spooky places to visit.

The research results confirm that Mexico is the only country in South America that appears among the 10 scariest in the world to visit on Halloween. Specifically, it is located in the 3rd place on the list thanks to the Isla de las Muñecas in Xochimilco. In the list, European cities stand out, such as London (United Kingdom) in first place due to attractions with chilling legends such as the Tower of London; Paris (France) in second place, with the sinister catacombs that house the remains of more than 6 million people; or Edinburgh (Scotland), which ranks fourth for the terrible stories hidden in its walls.

Here’s the full top 10 and a review of why these places are so creepy:

London, United Kingdom: London’s past makes it the most terrifying city in the world.

Aldgate East Station: Built over one of the largest plague pits in the city. During a two-week period in 1665, more than 1,000 people were buried there.

Paris, the capital of France, is better known as the “city of love”. However, there is a darker side:

The castle and gardens of Versailles: The most haunted place in France, home to the ghost of Marie Antionette and 18th-century nobles who (allegedly) roam its grounds.

Edinburgh, Scotland, is a cultural center known for its beauty. But what makes her so terrifying?

Bhangarh, India, known for its royalty and listed as one of the most haunted places in India:

Venice, in Italy, is considered one of the most picturesque cities. But the island of Poveglia makes it creepier.

BanffCanada is the place to be for lovers of outdoor activities, but it’s also terrifying:

HonshuJapan, is the main and largest island, where Tokyo is located.

Brissac-QuinceFrance, its aesthetic is picturesque, but it is also terrifying:

Cape Town (South Africa): warm climate, busy ports and a cosmopolitan atmosphere. However, it is also creepy for the following reason;

As we head into the scariest season of the year, this research acts as the perfect travel guide on which places to visit for a truly spooky experience.

specific destination, region and country to get the ultimate list of “scary” destinations.

Founded in 2013, iVisa.com was launched with the goal of simplifying the travel documentation industry. Today, iVisa.com has served more than 500,000 customers and has expanded its product range to offer not only visas, but also health declarations, letters of invitation and passport photos.