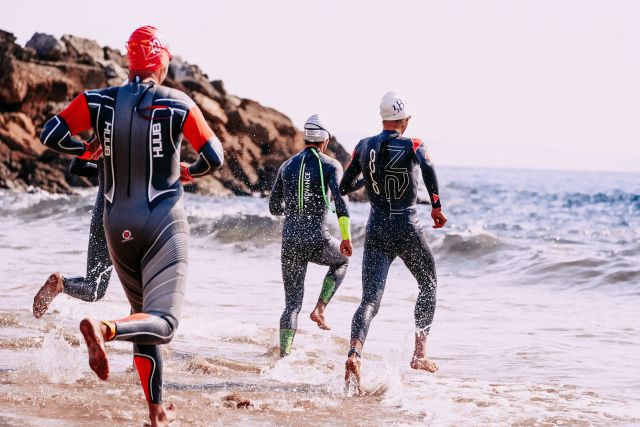 A few days ago, in the beautiful port of Ixtapa, the AsTri Ixtapa-Zihuatanejo Triathlon which began on May 21 and which stands out for being an event organized by the Government of the State of Guerrero and Asdeporte.

In addition, it is considered to be the oldest and most traditional triathlon in all of Mexico. This event also represents an important tourist activity in the state, as it attracts more than 8,000 people from the country and foreigners each year, boosting hotel occupancy as thousands seek lodging in Ixtapa.

This year the Mexicans occupied five of the six podiums and it was the athletes Crisanto Grajales and Anahí Álvarez who ranked first in the Elite event.

In the 38th edition of this sporting event, 116 high-performance athletes from 11 nationalities participated.

In the women’s events: Anahí Álvarez from Duranguense finished with a time of 01:01:03, the American Gina Serrano with 01:01:12 and in third place the also Mexican Rosa María Tapia crossed the finish line with 01:01:41 .

While in the men’s branch the results were: in the first place, Crisanto Grajales from Veracruz reached the finish line with a time of 00:54:20, the second place was obtained by David Mendoza Sánchez with a stopwatch of 00:54:23 and in third place was taken by David Núñez Gómez with 00:54:23.

This Triathlon was a selection event for the 2022 Abu Dhabi Olympic Triathlon World Championship and for the 2023 World Sprint.

The AsTri Ixtapa-Zihuatanejo 2022 is an event made for all kinds of people, since you can participate in it from 14 years of age, it offers different modalities and distances, categories among which the Super Sprint, Woman Up, Olympic triathlons stand out. and Sprint Elite.

This event takes place in one of the favorite destinations in the state of Guerrero, due to its pleasant climate practically throughout the year, its beautiful beaches on the Pacific coast and the different locations it offers to visit both in the modern and in the traditional.

In terms of inclusion, this year the triathlon opened its doors to different nationalities, ages and athletes with special abilities.

Through this triathlon we seek to promote sport in children, youth and adults, who seek to improve their physical condition and participation in the increasingly sought after sports tourisma type of tourism that consists of both seeing and doing physical activities in places that stand out for their cultural, historical and natural attractions.

As we mentioned before, year after year this great sporting event brings with it an important economic benefit for the tourism sector in all its branches and services, due to the presence of thousands of attendees among athletes and followers of this discipline.

It is thanks to these types of events that sports tourism continues to grow in this destination, which in addition to its beauty and attractiveness, the hotel industry has the capacity to accommodate thousands of visitors annually with the highest standards.

Check the hotels in Ixtapa and don’t miss out on participating in this important sporting event next year.