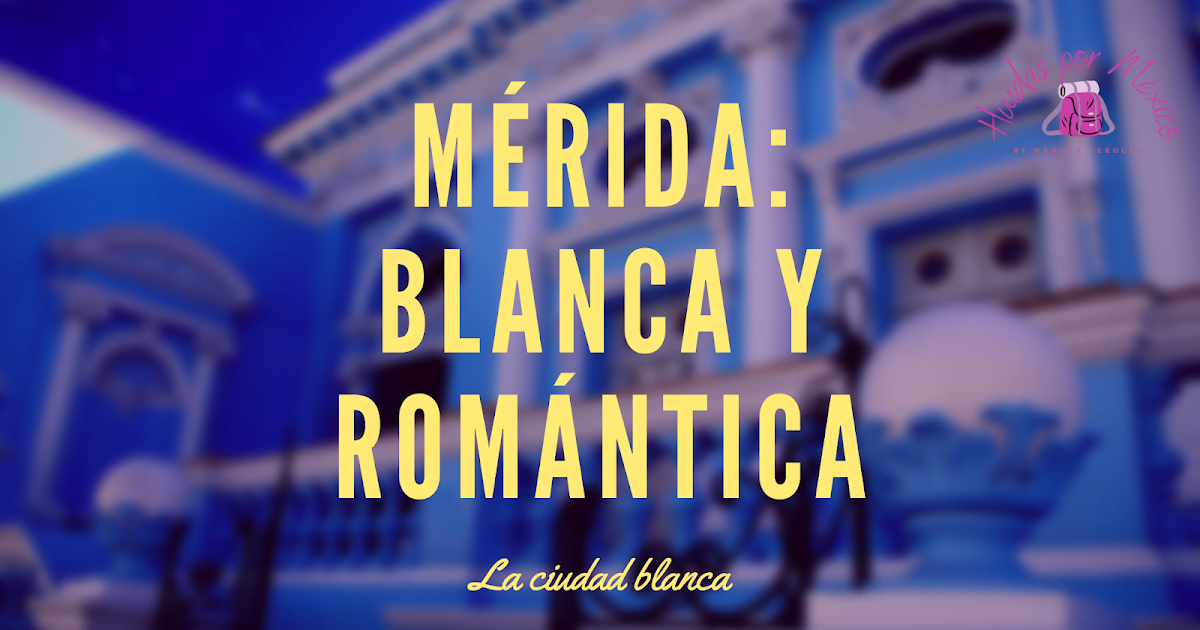 CBuilt on the ruins of the ancient Mayan city T’Ho, it stands white and majestic on the Yucatan plain. The conquerors, amazed by the splendor of the pre-Hispanic monuments of T’ho, gave it the name of its Spanish namesake, because it reminded them of the city of Mérida in Spain.

This beautiful city was founded on January 6, 1542 by Francisco Montejo, “El Mozo”

Mérida called the White City because of the color of its facades, the surprising cleanliness of its streets that shine in the sunlight and the white clothing of most of its inhabitants.

Mérida has a provincial charm inherited from its glorious colonial past; a rich cultural environment and its friendly and courteous people, very attached to their Mayan and mestizo traditions. Like all colonial cities in America, Mérida was designed according to a board layout that starts from the Central Plaza, better known to all as Main Squareand which is surrounded on all four sides by the most emblematic buildings of the city.

To start, I recommend that you go to the Main Square where you will find a tourist service module and certified guides that will give you an excellent tour of the most important points of the city. San Ildelfonso Cathedral which was completed in 1598 and is the first in America; its sober, imposing and solemn facade shows above the statues of the apostles, the shield of the first Mexican empire.

To one side you will meet the Museum of the City that it is a wonderful space full of culture; walk through the Passage of the Revolution, which today is used as a sculptural space and at the end of it, you are greeted by the imposing buildings of the bishopric, which have had different uses over the years and today house the Museum of Contemporary Art.

The Montejo House it is one of the most beautiful constructions I have seen; It preserves its magnificent sculpted stone portal adorned with statues of the conquerors. It is the most valuable secular plateresque art jewel in Mexico.

Another point that is a delight to visit is the Pitcher Passage with its beautiful costumbrista murals, craft shops and Yucatecan restaurants; the legendary Colón ice cream parlor where you absolutely must stop to savor the best ice cream in the country; you will also find many bookstores that offer many books on the Mayan culture; and the cafes overlooking the elegant cathedral. They are the ideal excuse to spend a little more time in the square.

Very close to the square is the Municipal market which, in my opinion, is one of the most enriching visits, here you can buy henequen items, embroidery and many handicrafts. Walking among the colorful stalls of fruits, vegetables, spices and typical sweets you can appreciate the great variety of exotic ingredients that make up the exquisite Yucatecan food.

In the streets that surround the Plaza Mayor, you will discover charming squares that invite you to rest, after the arduous walk, under the shadows of the leafy trees: Hidalgo Park, one of the most pleasant where you can visit the Church known as the Church of the Third Order that is the most requested by the meridians to marry; the Parque de la Madre where you will always find a group of bohemian artists or the Parque de Santa Lucía where every Thursday night it becomes a party of folk dances and serenades.

To the north of the colonial historic center, there is one of the most beautiful and famous streets of the city: El Paseo Montejo, where the residential neighborhoods congregate: stately mansions of European style from the 19th century are testimony to the splendid henequen era. This beautiful avenue is used by carriage or open bus that allows you to admire the architecture of each house. An obligatory stop on this important avenue is the Palacio Cantón, which was the former residence of the governors, built in the Italian Renaissance style with luxurious materials imported from France and Italy; today it is the Museum of Archeology and exhibits pieces that come from the many ancient cities of the state

Surrounded by magnificent historical, cultural and natural attractions, the white Mérida is the ideal starting point for many day trips… a city that you should not miss.

* In addition to the historical monuments, the Plaza Mayor is surrounded by craft shops, bookstores and regional food restaurants that are well worth a visit.
*Every Saturday at 8:30 pm, Mérida has a party: the historic center closes its streets to vehicular traffic and leaves them open only to music and art.
* The roots of Yucatan are not only found in its museums but also in its streets and markets, walk them with pleasure and confidence.
*To eat well and cheaply, I recommend you do it at the Municipal Market or El Pórtico del Peregrino Restaurant
*Merida has many hostels I recommend the Zócalo Hostel for quality, location, price and service