Sometimes you are not even close to understanding why certain events happen at the same time that life is loaded with incredible experiences, the same that you never thought would appear. And it is enough to enjoy small moments that inadvertently leave a big mark on your environment: new challenges, new people, etc. And finally, everything that adds to life as a result of a trip.

On this occasion, a completely different experience is captured than the approach of a traditional sun and beach trip in which a typical dish is tasted or you pay for the reservation of an all-inclusive resort; this time, he climbed a volcano.

It houses the fifth highest mountain in Mexico, it is a living museum of local flora and fauna, with 937 described species. (SEMARNAT, 2016).

It is very important to mention that this experience starts from what was reflected in that article called 4 days in La Paz, a magical and unexpected adventure because it is a continuity (to be mentioned) of collaboration agreements with the host Ernesto Jáuregui.

This tour was planned contemplating only 2 days and this time my great friend and colleague Jessica López joined this adventure, who directed us in Tlaxcala and Huamantla and was in charge of taking some photographs and video for the YouTube channel and her husband and also great friend, Rogelio, who supported us with his vehicle for transportation and with great contributions to spend a great camp.

Due to the proximity between both points (approximately 50 minutes by car), it was considered very important to make a quick stopover to get to know the Tlaxcalan capital. They had the opportunity to visit the main square, the Jorge El Ranchero Aguilar Bullring, the former Convent of Our Lady of La Asunción de Tlaxcala, as well as the experience of climbing the steps to contemplate the city from above. Traditional tamales were tasted at the end and the journey continued towards the municipality of Huamantla, since it is precisely from Huamantla where one of the connections to reach the La Malinche Vacation Center is located. 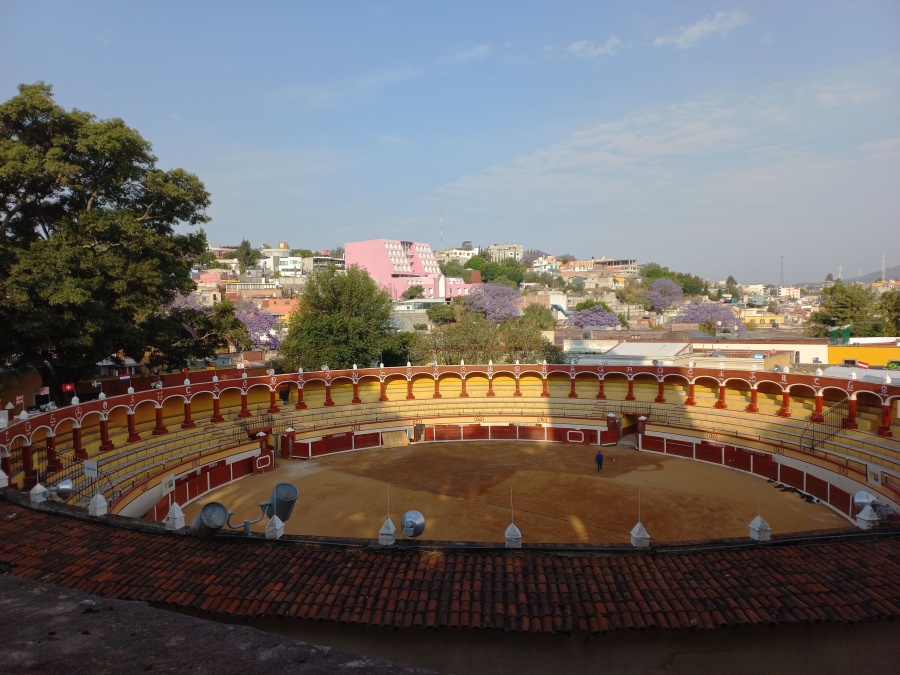 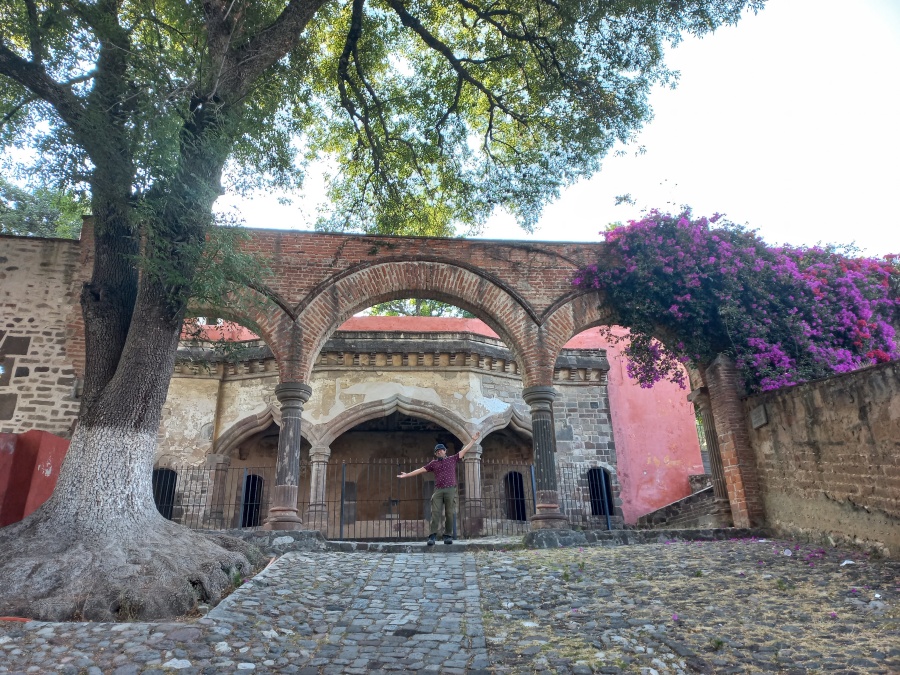 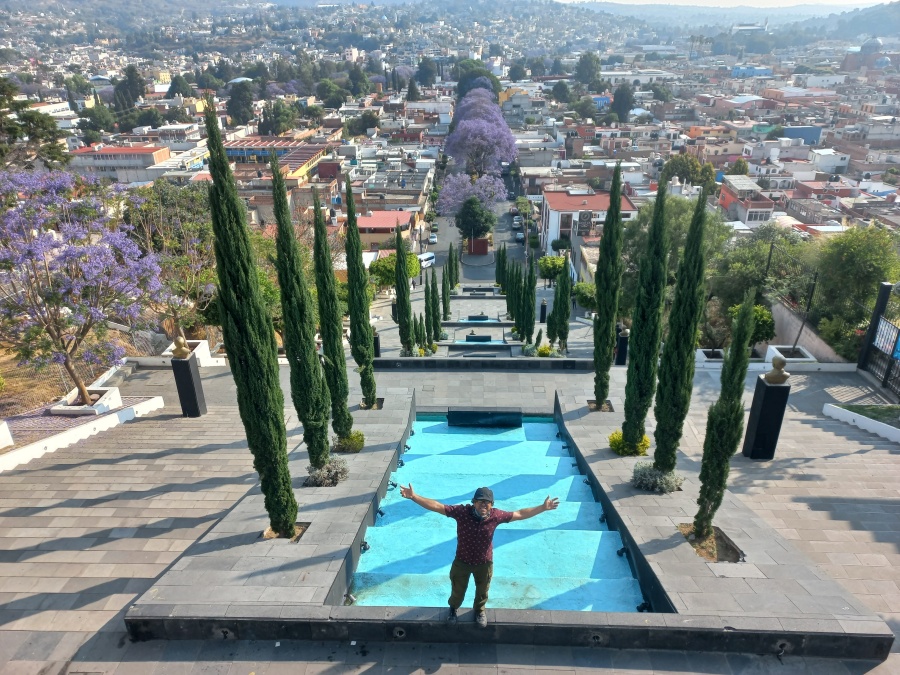 The distance between Tlaxcala and Huamantla is approximately 35 minutes, the first thing that was done was to stop to take a picture at the monument to the bull, it should be noted that Huamantla is the place where the traditional Huamantla Fair takes place in which beautiful rugs are exhibited throughout its streets and also the show called “La Huamantlada” where dozens of bulls participate in the bullfights.

Then we continued towards the center where the incredible puppet museum was discovered, which is installed inside an old house and houses around 500 puppets distributed in its 8 rooms.

After the express visit we went to make the last necessary food purchases in the center to undertake the adventure that is the protagonist of this article. 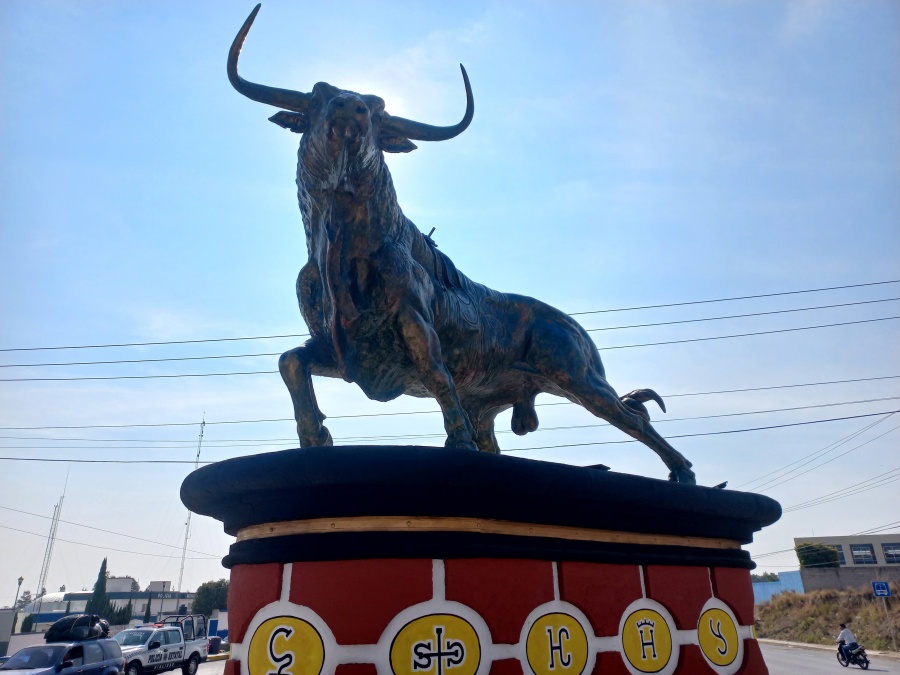 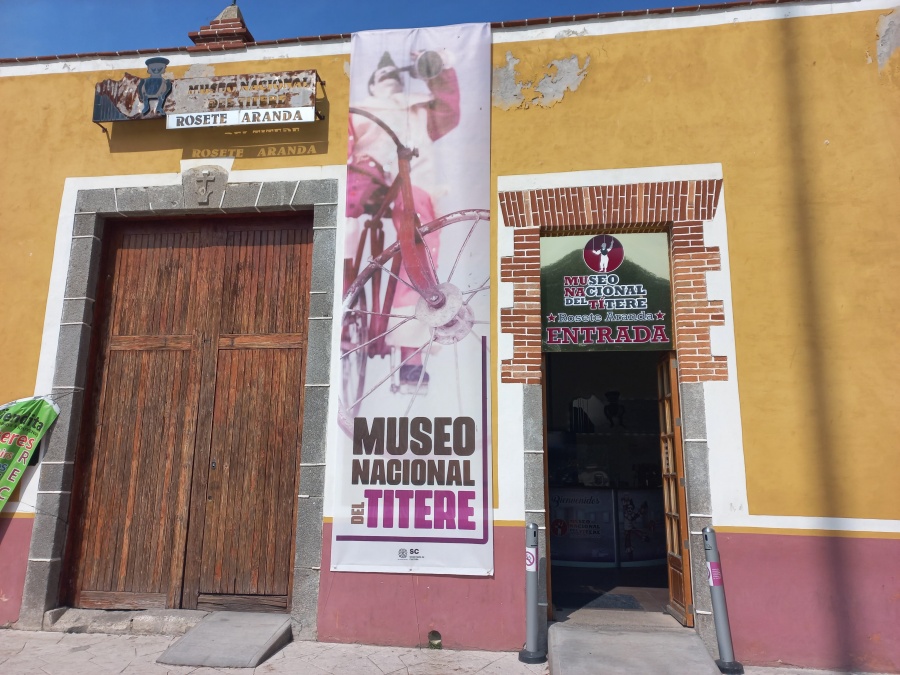 It is located 25 minutes by car from Huamantla; Once on the road, the feeling of tranquility, the smell of wood and coniferous forests, completely change the environment coupled with the fact that the landscape full of nature provides that feeling of peace that forces you to inhale deeply every time you breathe and that is each second that passes becomes better than the previous one until he is trapped between those tall trees enveloped by the mist that inveterately caresses their branches. 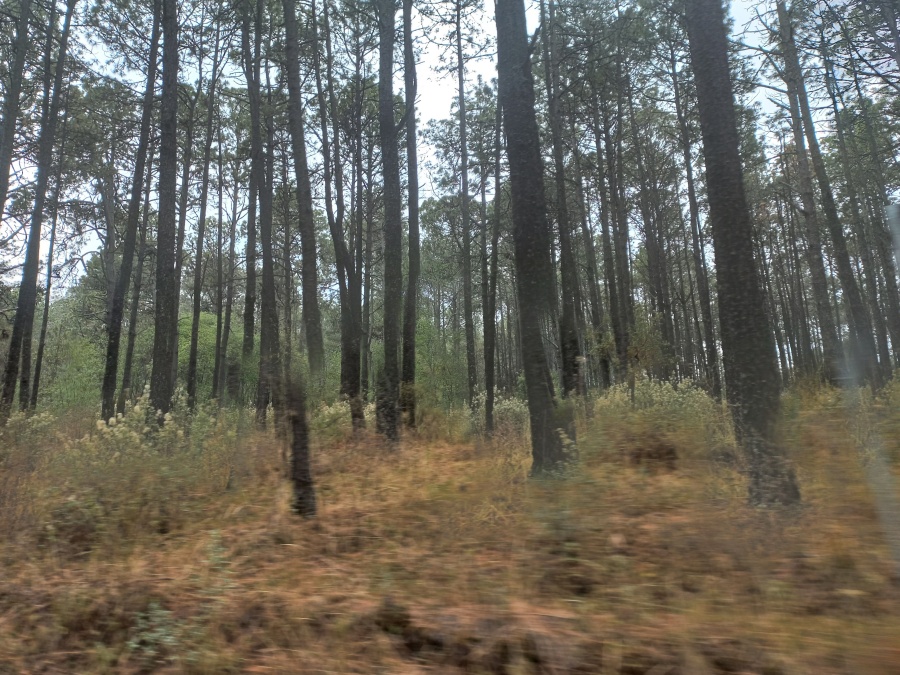 Road to the resort of La Malinche.

The arrival at the Vacation Center was around 12:20 a.m., once we arrived, we proceeded to store the vehicle, because unlike most visitors, we were going to camp. Leaving the car there had a cost of $120.00.

Finally, the long-awaited moment arrived, embarking on the path to the heights…

Around 1:00 p.m. we started the ascent loaded with our things for the camp but above all loaded with positive energy, with that desire to be able to live that great experience; the day was cloudy and suddenly the sun appeared, we went at our pace, nothing rushed us. Between short breaks to take a breath, the hours advanced, each time we went deeper and deeper to see the top of the majestic Malinche.

After a good distance we made a stop to ask the mountain for permission to pass, we each took a handful of earth and in a very respectful way Malinche was asked to allow us to enter and let us return safely. As we got further and further from the ground, our breathing became more tense, that level of altitude is something that the body is not used to, so with slight dizziness, slight headache and even sleep, we were warned that it was already We were not in our comfort zone.

At approximately 3:30 p.m. we arrived at where our camp would be, an area known as El Arenal: there are only 500 meters left to reach the top, however, the terrain is no longer easy, a lot of mental strength is required. and physical to get there, so it was decided to leave the day’s route until there to eat, rest, camp and recover energy to continue at dawn.

A complete odyssey to be at that height already contemplating the highest peak of the mountain, from that perspective the view is beautiful, because the clouds bathe the top of the mountain and even the landscape seems to be an oil painting.

As night fell, the strong gales did not wait, each minute that advanced brought with it more and more cold, the campfire became more welcoming and hospitable for everyone; At the same time that we told paranormal anecdotes, the moon was projected brilliantly, bringing with it the stars that adorned the already icy night.

Around 10:00 p.m. the campfire went out and we went into the tents. Sleeping was complicated by the fact of knowing where we were, linked to the loud noise of the air hitting the branches of the trees and the sound, also, emitted by the pineapples that fell on the tents without leaving behind the abrupt cold of the night. 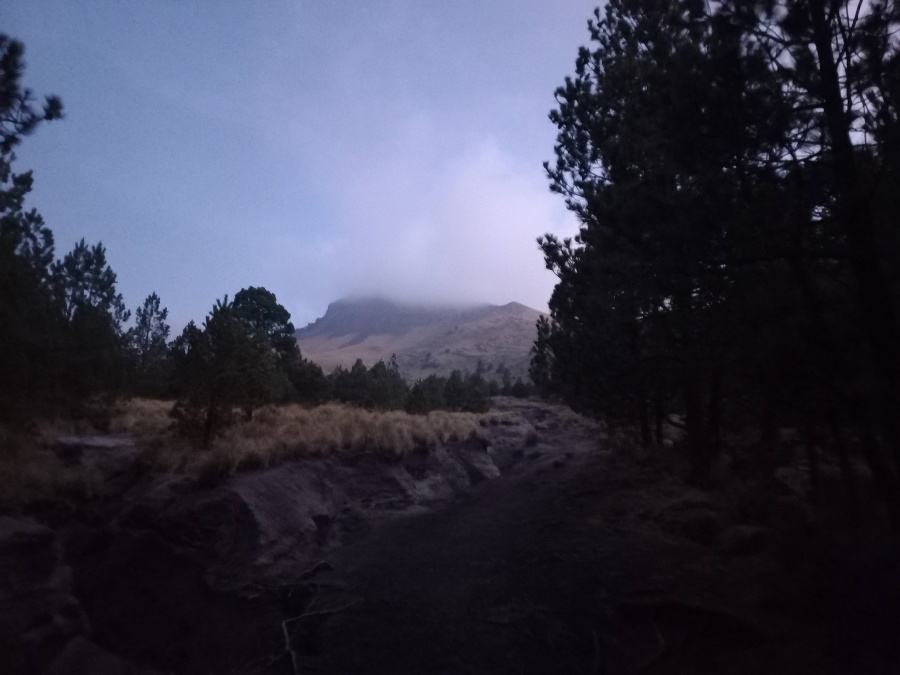 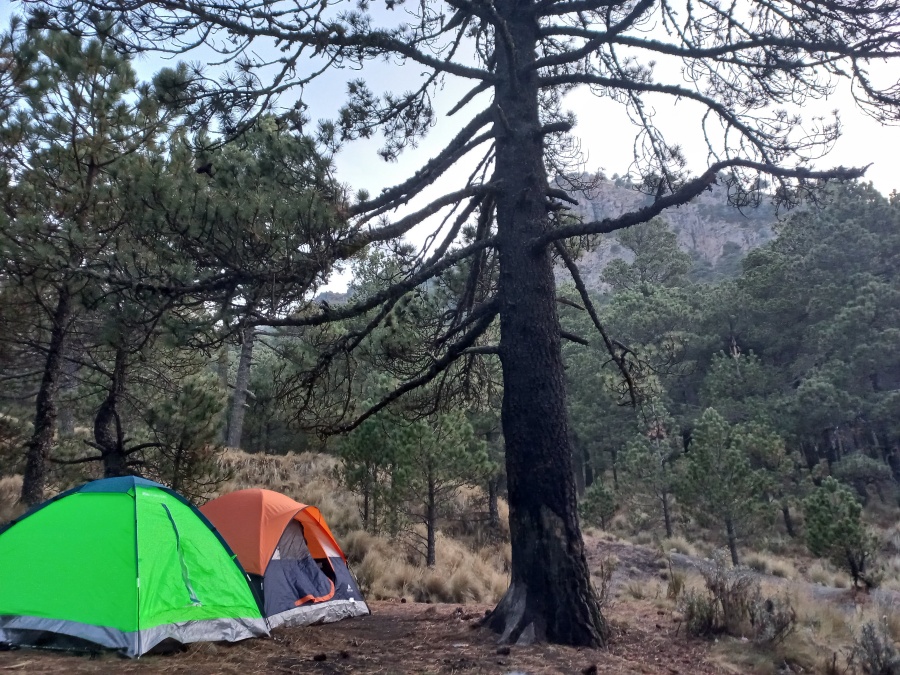 Arriving at 06:30 hours we undertook what would be the continuity of the adventure, supported by flashlights to light the broken road, towards the horizon it was possible to paint the sky pink because the sun warned us that it would be about to rise. Reaching the top was not easy because the higher you climbed, the further away you could see the top and breathing became more complex. After two hours the goal was achieved: we reached the top! 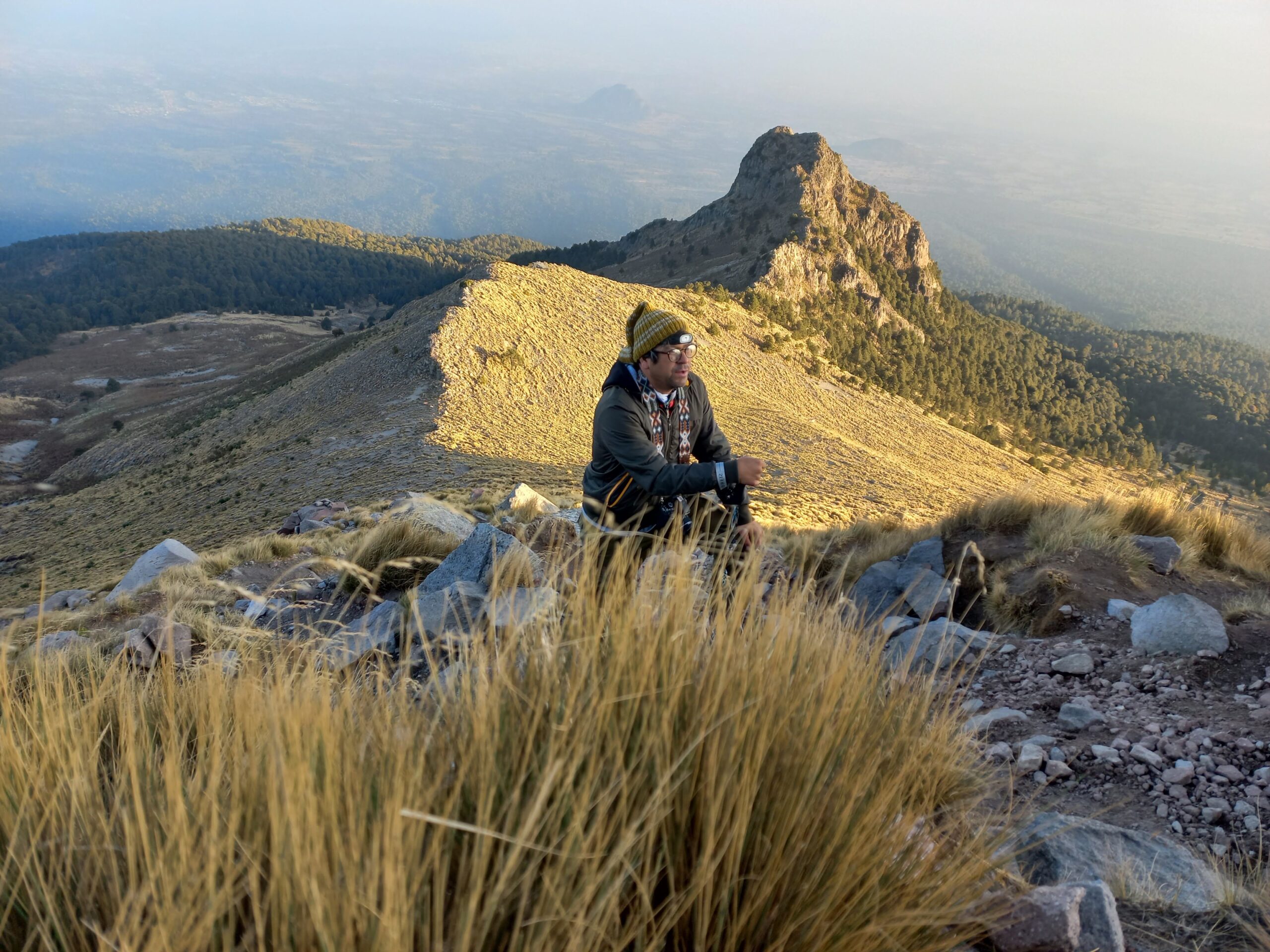 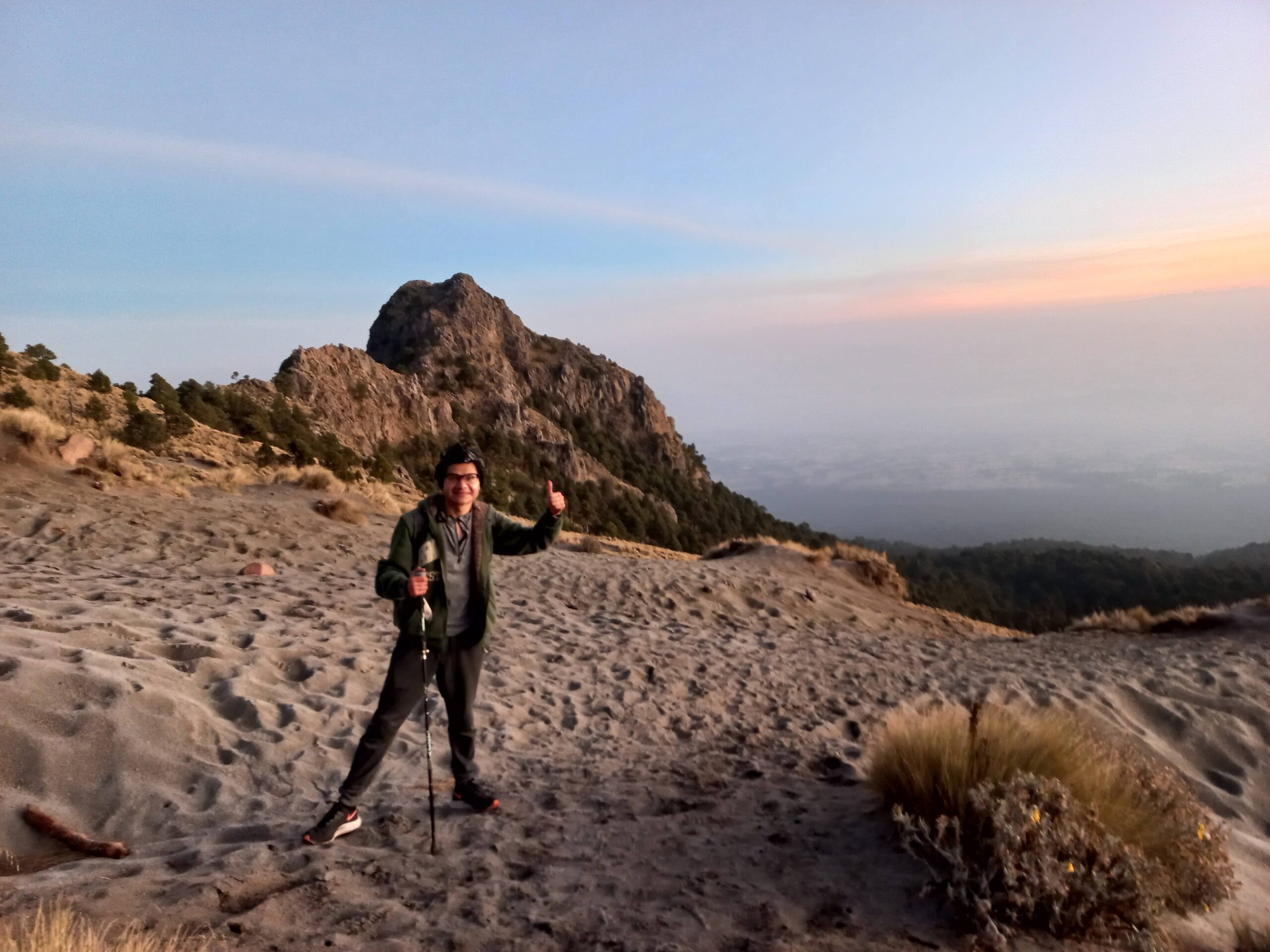 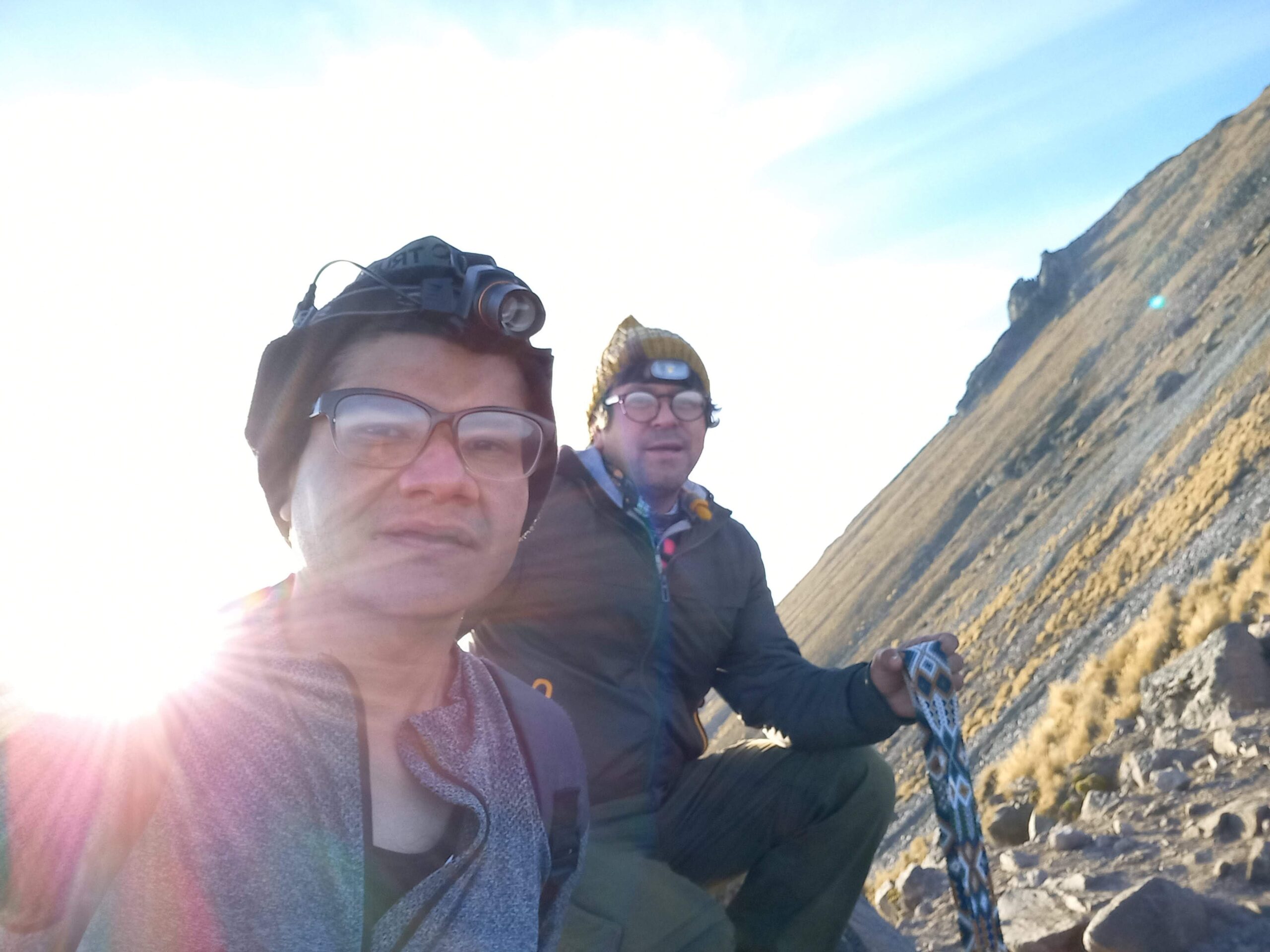 Every step that was taken, every drop of sweat that was shed, was totally worth it, and the feeling of seeing the landscape from that height simply has no explanation,

Moments of silence took over the situation. You could see the Popocatépetl volcanoes and his beloved Iztaccíhuatl and our highest mountain in Mexico: El Pico de Orizaba.

After a few minutes we headed back downhill to break camp and leave.

It was an unparalleled sensation, once again an occasion to reflect on the wonders of nature, of life, of that mountain full of sensations that leave anyone stunned, that the silence that is provoked expresses everything; simply and simply an experience of height. 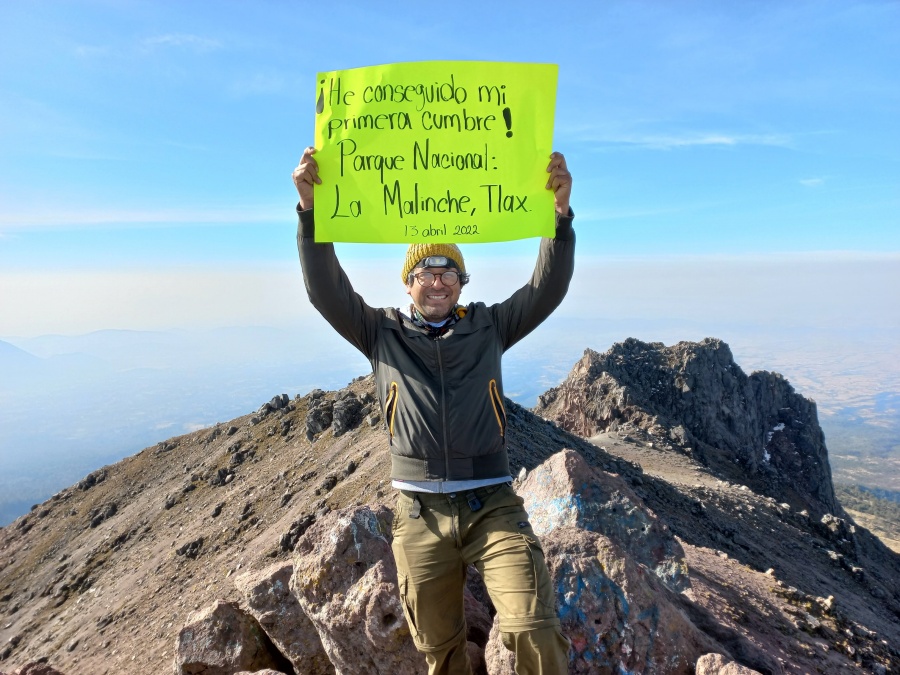 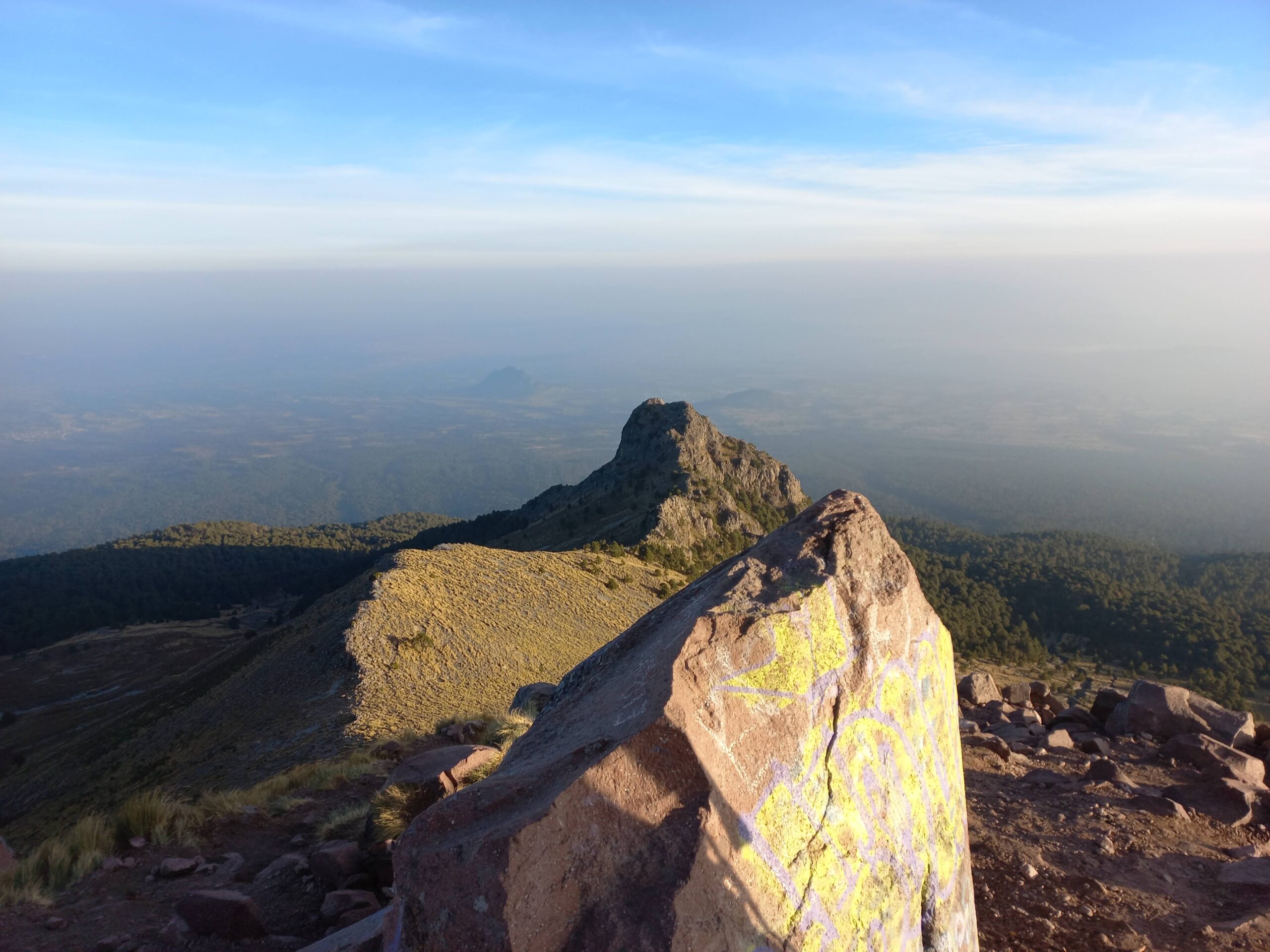