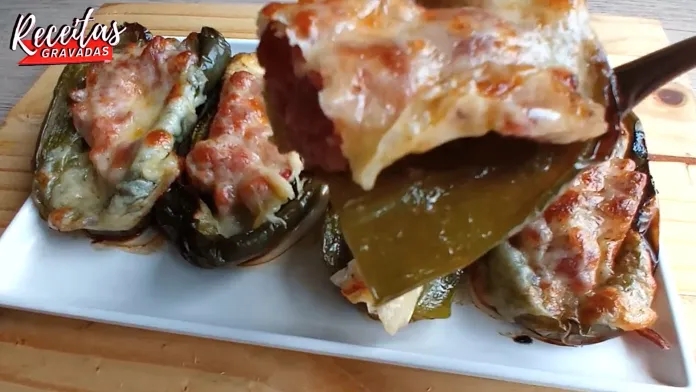 Have you ever thought about taking a different trip? A trip to adventure? To a remote place where hardly anyone dares to go? Well, that’s exactly how this trip went, to a place I never thought I’d go.

Turkmenistan! In Central Asia. And its capital Ashgabat, and a very peculiar and remote place, called “The gates to hell” or “Darvaza Crater of natural gas”.

I will first tell you about the crater, which was initially set on fire so that the gas would be consumed, but oh, surprise! It has been burning gas for more than 40 years. Natural gas is the most exported product of Turkmenistan, because it is part of its natural reserves. The Turkmen left the crater as a tourist attraction, although it does not have a very high influx of tourists, because the city and the country have many restrictions. You need to get a special permit and hire a guide because they are super conservative and they are also under a dictatorship. There, what the Turkmenbashi (father of the Turkmen) says is done. And this one has the country almost blocked from the outside world. Only the rich (and there are very few of them) enter and leave the country. In fact, it was a reality check to see how the capital is bathed in marble and gold, and outside of it, people live in poverty. Kind of like the hunger games! Surreal! You also need a guide because hardly anyone speaks another language. The guides only speak English. 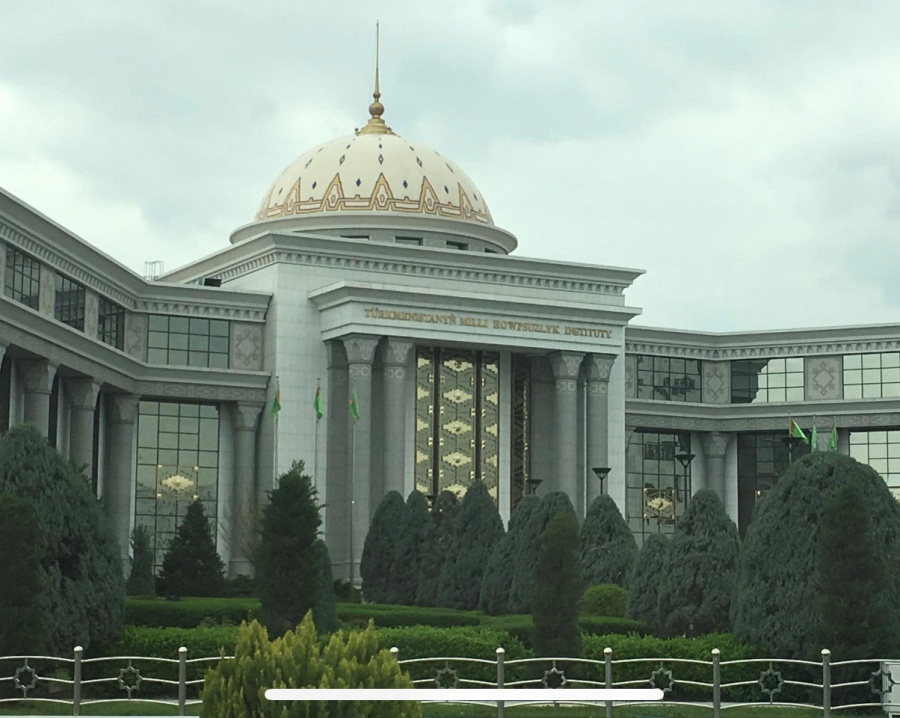 To get to the crater we traveled 3 hours in a truck through the desert, the road was full of holes and poorly maintained so it was not that comfortable, but once you arrive the landscape is different, desert and with a mega hole in flames, of approximately 5,000 square meters, in the middle of nowhere.

Upon our arrival, the guide was in charge of setting up the tents and making food, settling down far from the crater. The crater at night is hell! But it is spectacular. At night it was cold and only when you got close to the crater did you feel the intense heat. Camping in the desert was an adventure that I never imagined I could do, spiders, scorpions and vipers scare me, although we didn’t see any luckily! But all the time I spent it thinking “let’s see what time I’ll have a heart attack with one of those bugs” haha. 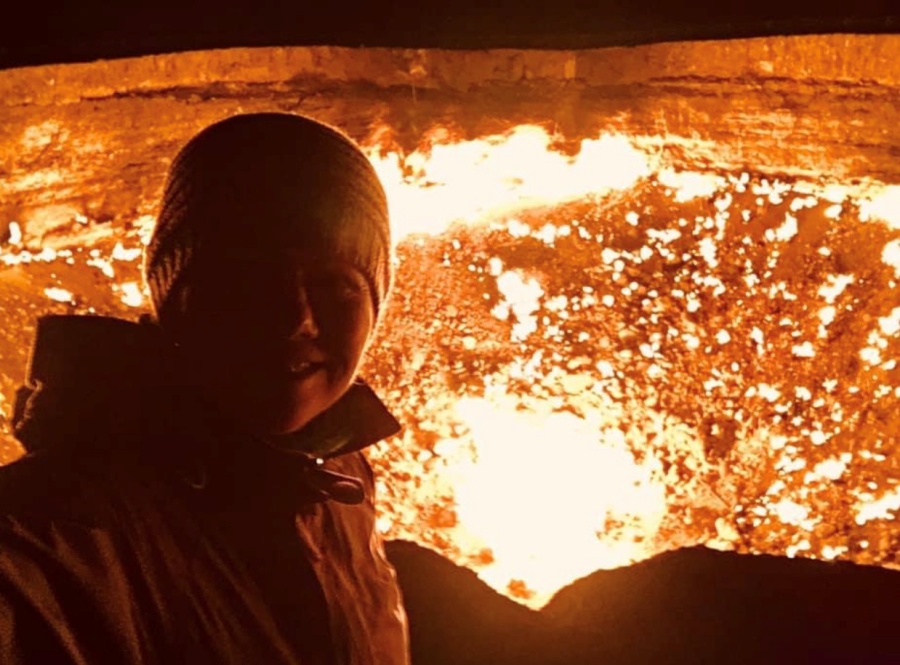 Back in the capital we saw a whole host of monuments and marble buildings with gold baths. At each roundabout there is a strange, almost futuristic monument. There were a few cars on the road but not many.

They have a Ferris wheel that looks more like an object from the Catholic religion. There is a whole shopping center inside this construction, with everything and the wheel! 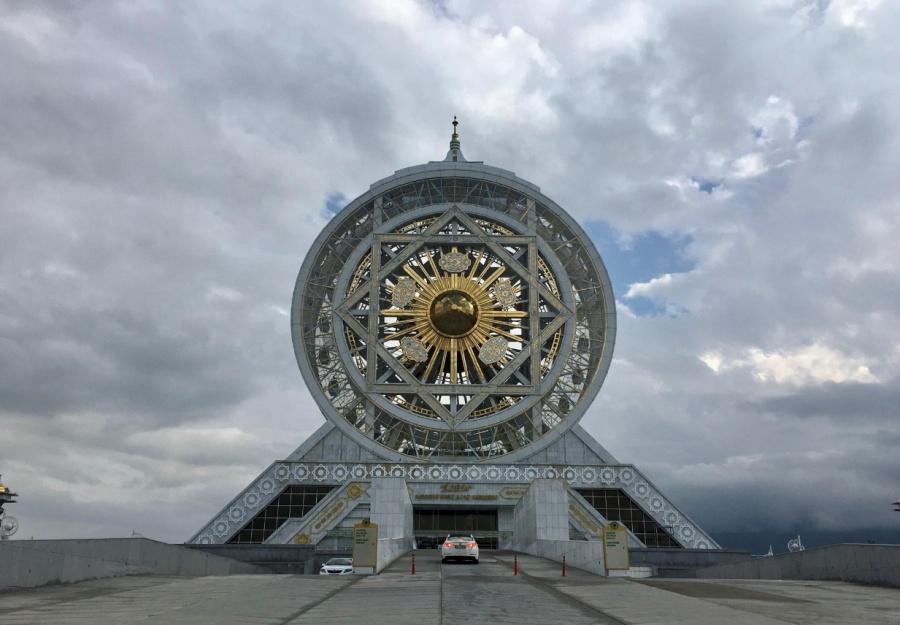 When we toured all these places we saw very few people, I don’t know if it was a holiday or a religious day or maybe it was too hot for city dwellers, but there was no one! We visited the whole city alone with our guide and guards at some museums and attractions. It was quite an experience. We went to a small market where there was something similar to pastor tacos, there were more stores there. 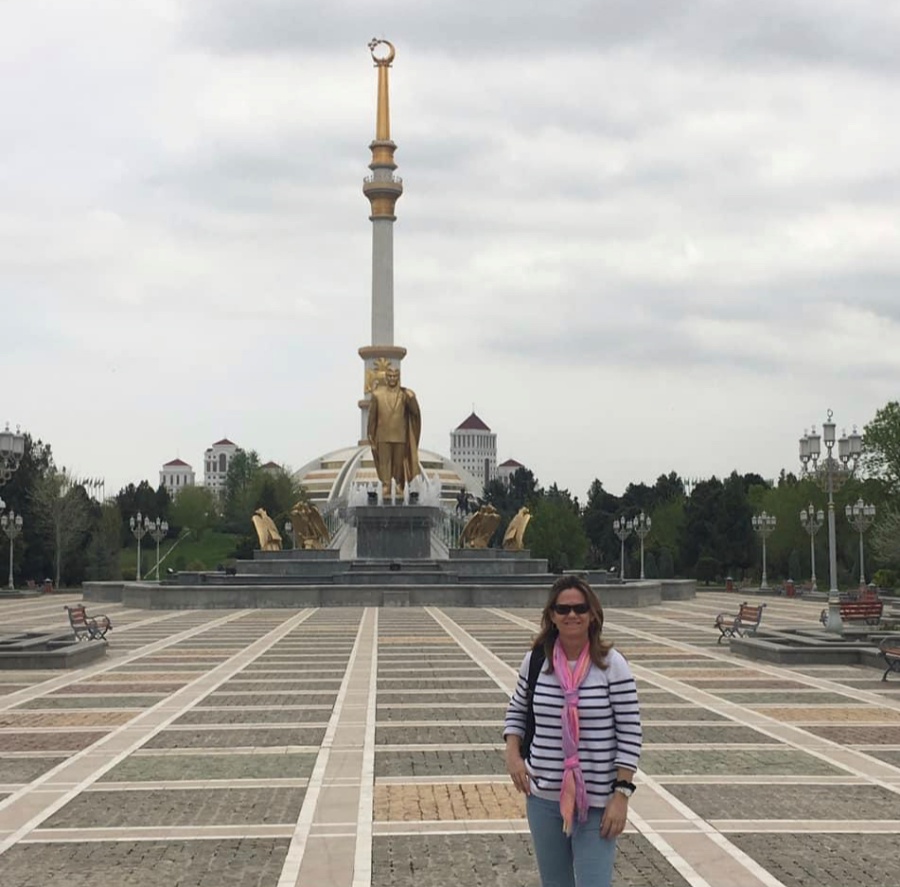 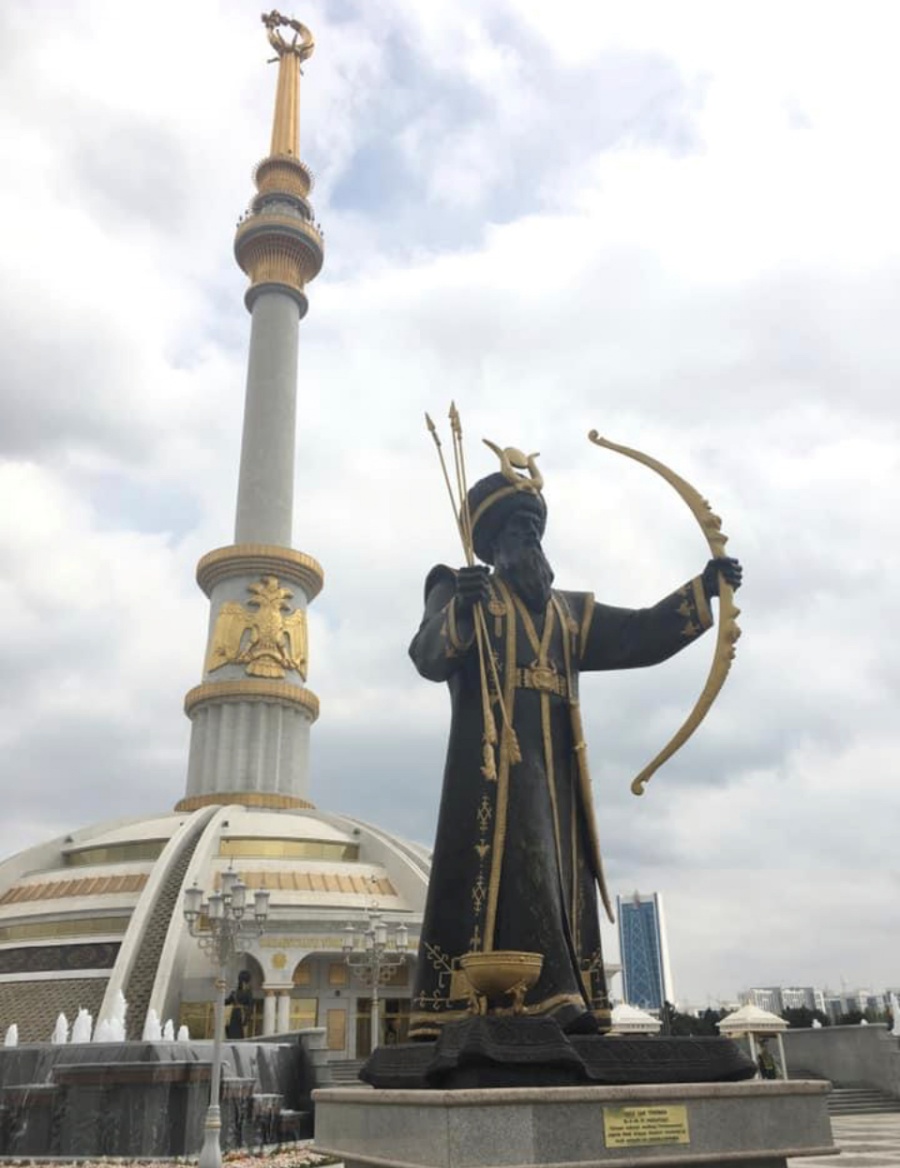 They also have a special monument of their dictator, obviously built by himself, which they call Turkmenbashi. All bathed in gold, with statues of soldiers in the Plaza de la Independencia.

Ashgabat airport looks like a Las Vegas hotel, they don’t let you take photos (I only took two) and it’s huge, everything super clean and luxurious. 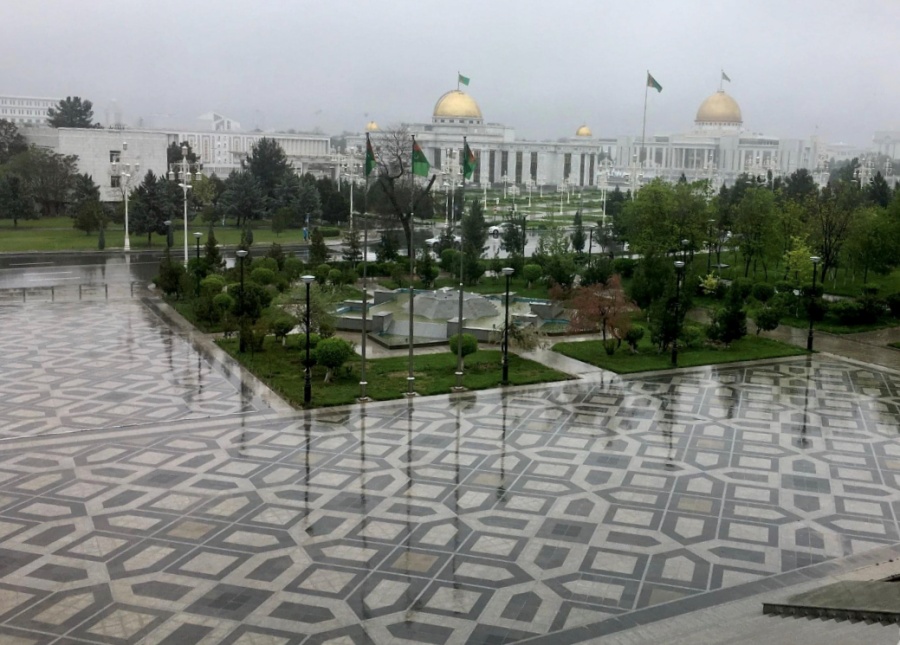 This trip really enlightened me. Let us enjoy the freedom that we enjoy on this side of the world. 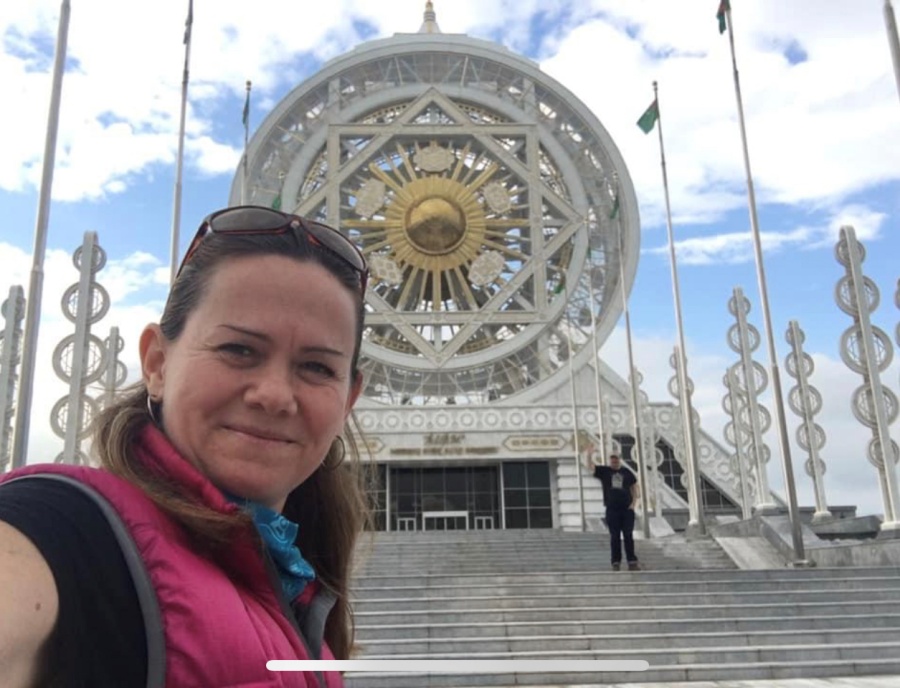 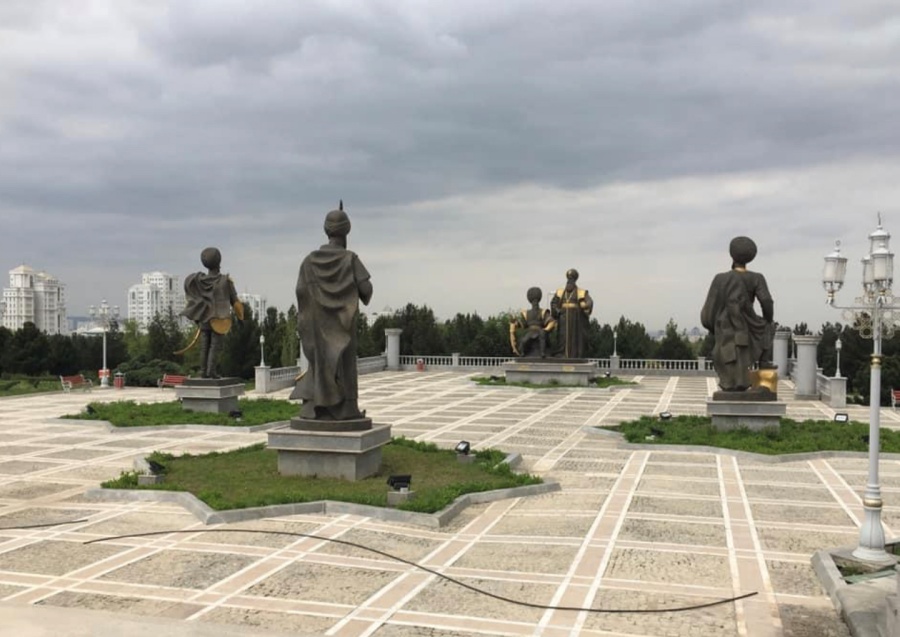