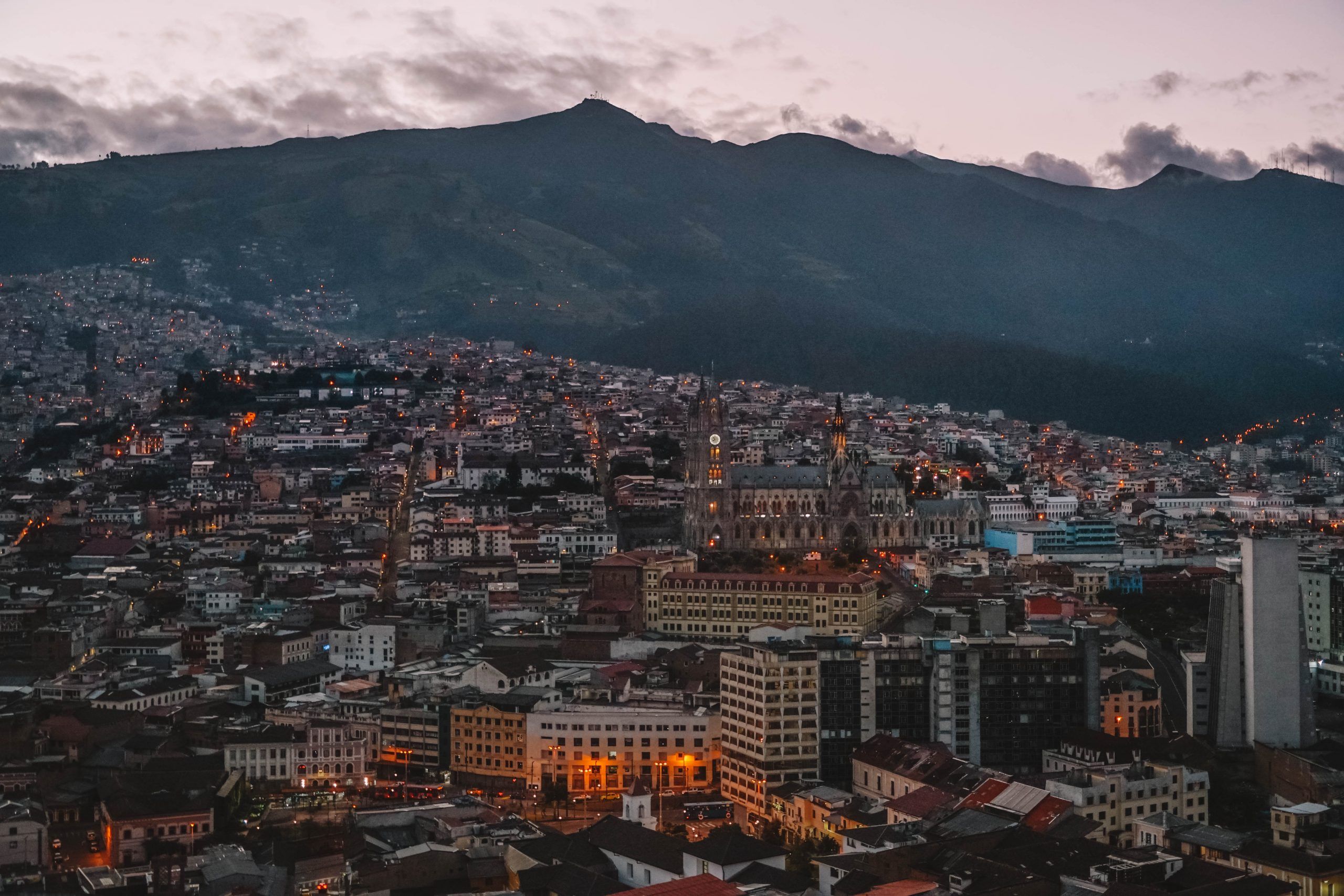 Security in Quito is one of the aspects that most worries tourists when it’s time to visit the city. But, Is visiting Quito dangerous? Unfortunately, large Latin American cities have a reputation for being unsafe. But does the same thing happen with the capital of Ecuador? Before analyzing if visiting Quito is safe, it must be said that it depends on many factors.. And we are going to analyze them below to help you make your experience in the city as positive as possible! After living for more than a year in Quito, I think that I have some tips that can be very useful for you..

25 things to do in Quito

In the following map you will find, from yellow to red, the most dangerous tourist areas in Quito.

1. Avoid the most dangerous areas of Quito for tourists

Most security problems in Quito can be avoided by using common sense. It is the second largest city in Ecuador and, like any large city, has nicer areas than others. We are going to focus on the tourist areas, as this is where you are likely to spend the most time.

1.1. The historic center, especially at night

The historic center of Quito is a real wonder. Probably the most beautiful in Latin America! It is full of colonial buildings and churches that will leave you speechless. But the most important thing is that pickpockets don’t leave you without a wallet too!

It is by far the most touristic area of ​​Quito. And unfortunately in Quito, where there are tourists, there are pickpockets. So be very careful with your belongings. You will see that there is a lot of police and surveillance, since it is about protecting the tourist, but since the pandemic, robberies have increased in the area. So avoid displaying valuables like cameras, phones, or jewelry. Because they quickly recognize tourists!

And above all, the historic center becomes even more dangerous at night. That does not mean that it cannot be visited, but above all extreme precautions, especially trying to avoid lonely alleys or areas without much influx of people.

AND try not to go further south than Avenida 24 de Mayo, since you will get into areas that are not very pleasant (or touristy). Visiting the historic center of Quito is safe, as long as you go carefully using common sense.

Just south of the historic center you will find Panecillo Hill. It is one of the most touristic places in the city (and also one of the most dangerous in Quito). My advice is to avoid walking up, since robberies of tourists are frequent.

The stairs and alleys that will take you to the Virgin are lonely. And in the same way if you decide to go up the main road, you will not see a pleasant atmosphere. The best option is to go up and down by car for greater safety.

10 restaurants where you can eat cheaply in Quito

It is one of the largest parks in Quito. It is located in the commercial heart of the city, close to several attractions. It is a place frequented by locals to play sports but it is dangerous when night falls. Shortening the path through the park will not be a good idea when the sun goes down, even if it takes more time, it will be better to go around it.

Although it is another quite tourist area, it is considered one of the red zones of Quito. It has a very interesting craft market, as well as various nightlife options, especially in Plaza Foch. However, in recent years, this square has gone from being one of the liveliest areas of the city with many restaurants, to one of the most dangerous. So don’t be too late and return with safe transportation.

2. Be aware of pickpockets if you use public transport

Public transport in Quito does not stand out for being efficient for tourists. Nor because it is the safest way to move. Unfortunately there are quite a few robberies on buses and at stations. Although most occur due to the tourist’s confusion. So it is better to be attentive!

Even on the buses that connect Quito with other cities. Special care must be taken at night stops where passengers are picked up and dropped off.

For example, never store your belongings in the overhead luggage compartment and always keep your items in a safe place. A common scam on interprovincial buses involves a thief posing as bus staff and asking you to put your bag where you can’t see it. Never obey!

Apps are usually much safer than taxis, as there is more control. You should also avoid using unlicensed taxis in Quito. I have moved several times in the yellow ones and nothing has ever happened to me, but the locals have always advised me that Uber is safer.

Basically because, like most taxi drivers, they are honest, there are others who try to take advantage of tourists and rob them during their journeys.

Uber and Cabify are the safestbut also the most expensive.

4. Be very careful with express kidnappings

Visiting Quito is dangerous or could be if you do not take precautions. At dawn you have to be especially careful because there have been cases of express kidnapping, especially in taxis.

What is an express kidnapping? Basically it consists of the criminal holds you in a vehicle and takes you to an ATM for several hours so that you give them the maximum amount of money possible in the minimum amount of time.

In most cases, the taxi driver does not act alone, but other members get on the vehicle to hold you back.

Express kidnappings happen, but they are not the most frequent crime in Quito. The risk of being robbed in Quito is high, especially in tourist places and if you don’t take precautions. In addition, in recent years, the violence of robberies has increased and now you can even be threatened with weapons in broad daylight.

Never carry your passport with youIt is better to have a copy because a European passport can be sold for up to thousands of dollars on the black market. Though I don’t heed my own advice.

5. Is visiting Quito safe for pedestrians? Be careful while crossing the street!

Visiting Quito is safe as long as you look across the street. If you come from Europe, forget about the zebra crossings. They are useless in Quito!

Pedestrians are never prioritized, so only cross when no vehicles are coming, because they will not yield to you.

20 curiosities of Ecuador that will surprise you

Is visiting Quito dangerous? It is very important to withdraw money in crowded places. You have to be very careful when withdrawing money from a bank or ATM. There have even been cases of violent robberies outside banks. I recommend doing it in shopping centers and where there are a lot of people, since the risk of being robbed is lower.

When using the ATM, do not accept help from anyone, not even from security personnel.

7. Is visiting Quito dangerous for a woman alone?

Like other Latin American countries, Ecuador is still a fairly conservative country. So women do not have such a liberal role as in most European countries. So if you get the chance it is better that you avoid walking alone on the street, since probably in some places some men will give you complimentswhistling or other actions to get your attention. Never pay attention!

And above all, never let a stranger buy you a drink. As in many countries, they use drugs to later commit rape.

IN SUMMARY, IS VISITING QUITO DANGEROUS?

If you use common sense and take precautions, visiting Quito is safe. It is a large Latin American city and you have to be aware of the possible dangers mentioned above. But I can assure you that Quito has many more good things than bad. Do not go with fear, only with caution and respect. You will see that the city and the people of Quito will steal your heart!

To conclude this post about security in Quito, we recommend you take the following precautions: