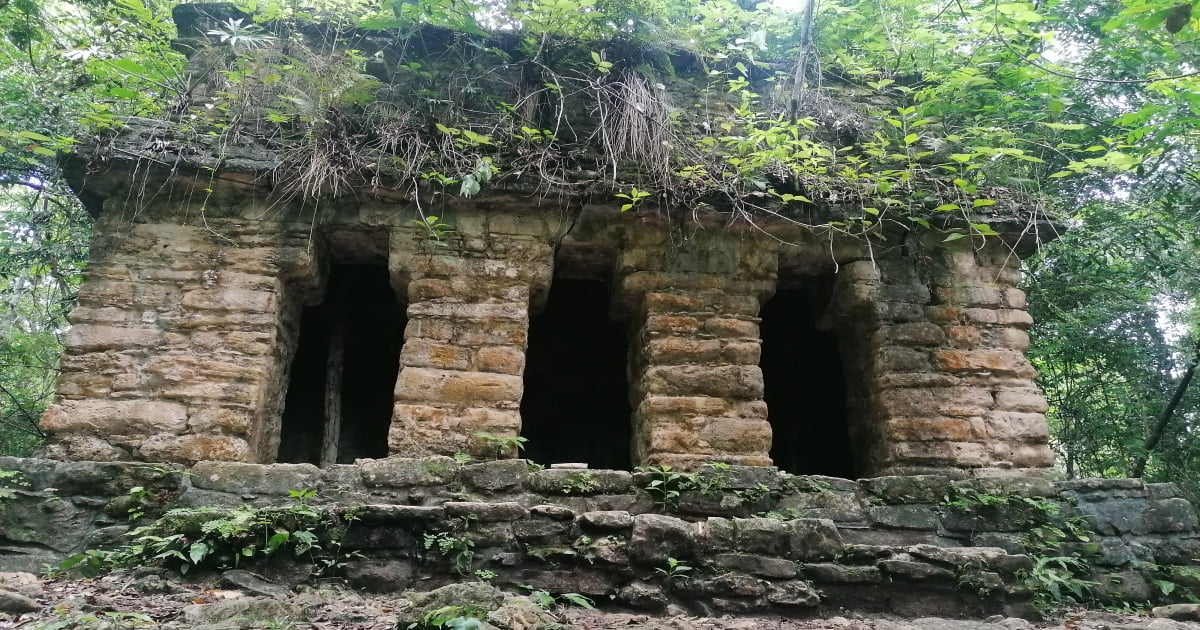 We spent the night in the jungle, we believe it has been the best of our lives, without noise, without light, and without flies because we slept inside the tulle, it was the opposite of what we had thought.

We went out for breakfast on time, Kevin picked us up; a 14-year-old Lacandón boy wearing their typical clothing and since he was 4 years old he has not cut his hair.

Although his name is no longer Mayan, his surnames are and he dominates the Mayan-Lacandón dialect.

It was a 5-hour tour, we walked 3 hours until we reached a pyramid known by them as “The Lost City”; It is an unexplored site, since they do not allow the INAH to pass. 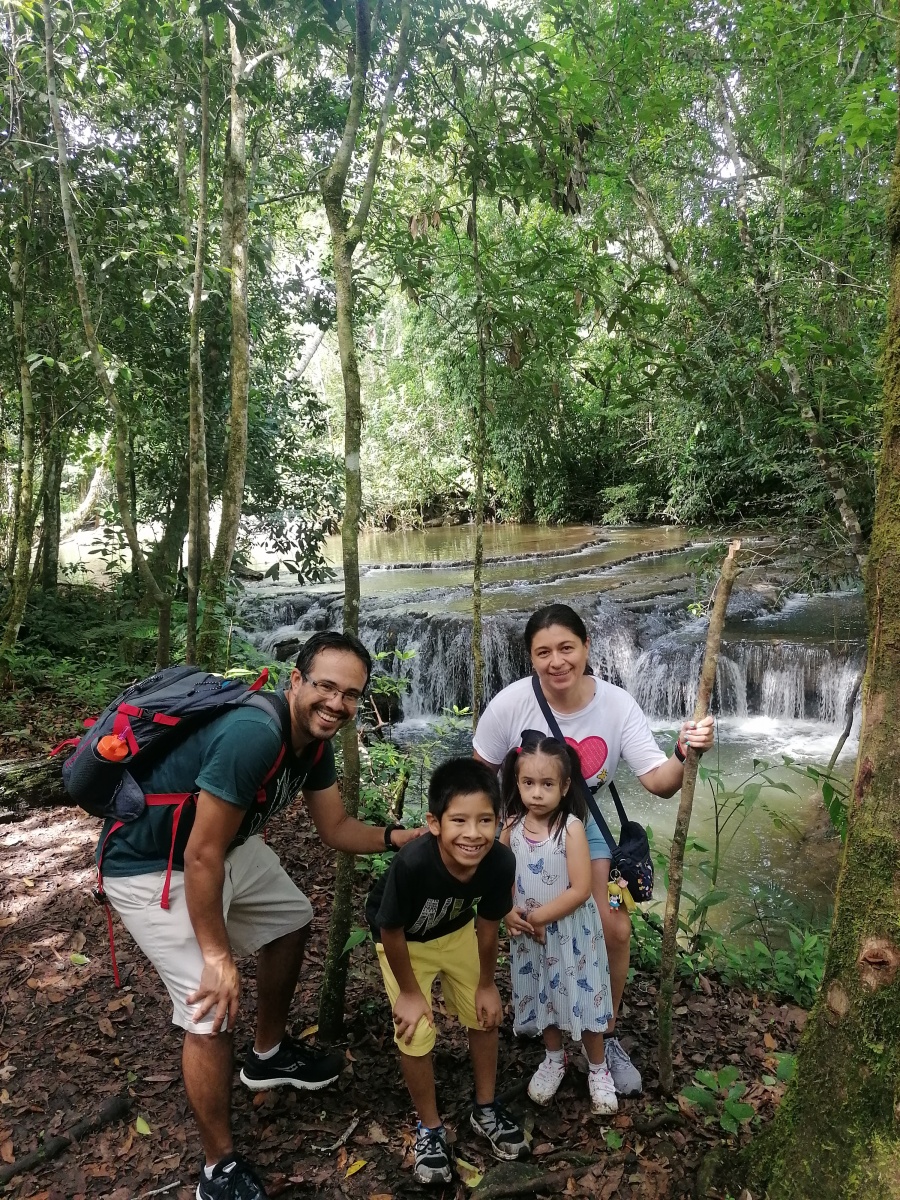 Along the way, he showed us and explained about the flora that is there, such as rubber, merteolate, mahogany, piñuelo, pita, mamey, copal, wano, maluto, etc; and also the fauna, centipedes, butterflies, snakes, snails, etc.

After the small pyramid we reached a river where we could go in and cool off a bit. In the background you could see a waterfall.

We were very impressed by that place, we realized that there was a pyramid there next to the river.

Kevin’s father and brothers were there, selling accessories such as bracelets, necklaces, bags, etc., which they make with tree seeds and leaves.

The return was fast, it took us 1 hour to arrive. 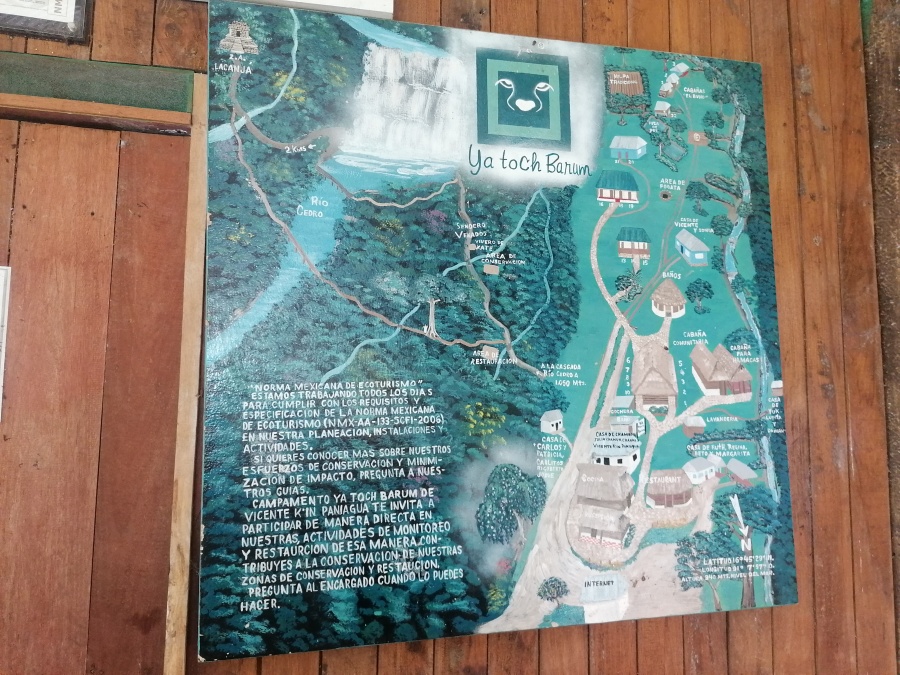 We were very hungry after walking so much, the good thing is that they already had the food ready and it was delicious!