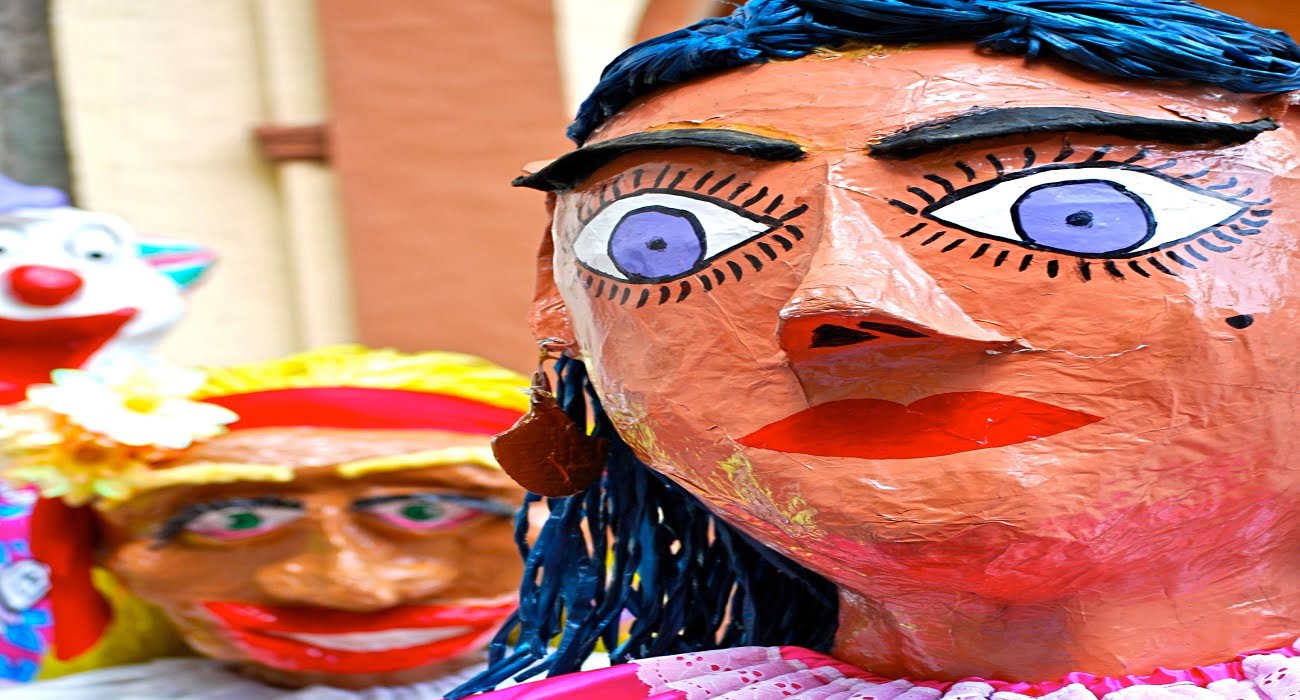 Knowing Oaxaca is something unmissable, tradition, culture, beautiful destinations, incredible clothing and a unique event that here in “Guelaguetza 2022 When is it?“, we tell you what it is…

Surely on several occasions we have recommended you to visit the beauties that you find in the state of Oaxaca, from the imposing settings of the city that bears the same name, through the fascinating stone waterfalls in Hierve el Agua or visiting the archaeological ruins in Monte Albán , without neglecting the charms of its beaches, or even trying a tasty local coffee or why not, a delicious mezcal.

The proposals of this attractive Mexican destination are many, but not only are its places, also living the Guelaguetza festival is an event that will fascinate you, find out why… 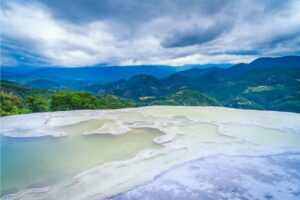 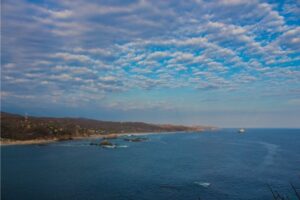 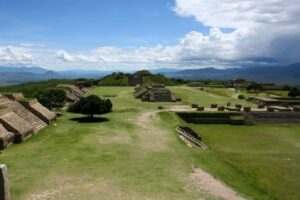 What is the Guelaguetza?

The Guelaguetza is an event that over the years managed to amalgamate the cultural expressions of the different ethnic groups that inhabit the region, in addition to claiming the indigenous identities of Oaxaca, a task that was not easy and resulted in one of the main tourist attractions in Mexico.

The festival represents the union of two celebrations, on the one hand, a ritual from pre-Hispanic times is commemorated in honor of the Goddess of corn, Goddess Centéotl, who was offered dances, rites and a great banquet, in an event that lasted eight days.

On the other hand, there is the celebration of Corpus Christi, a Catholic cult in honor of the Virgen del Carmen, which has its day on July 16.

Also called Fiestas de los Lunes del Cerro, since the center of the celebration is the Cerro del Fortín, the event attracts a large number of people, not only those who come to enjoy the show, but also those who are part of it.

Representative delegations from the 8 regions that make up the state of Oaxaca participate in the days of the celebration, each group shows us their different traditions and customs with typical dances, clothing, masks, music, etc.

The Guelaguetza of recent years…

Currently, the event takes place mainly in the city of Oaxaca, on the two Mondays following July 16; although the entire month of July is sure to be a party.

The parade of the delegations, organized in the traditional way of the Calenda and which takes place on the Saturday before each Monday of celebration, is one of the proposals that you can enjoy.

Prepare your camera that you will have more than a thousand images that you can photograph, among them, the “marmot”, a large spherical lantern covered with cloth that is accompanied by the “giants”, there will also be the Chinese Oaxacans carrying baskets with flowers and accompanied of their music band and they can’t miss the rocketmen, who warn of their passage with numerous explosions.

In addition to this, there are different events such as exhibitions of mezcal and local gastronomy, shows by famous artists, some free, others with very low costs, celebrations are also held in the surrounding towns on the occasion of the Guelaguetza 2022. 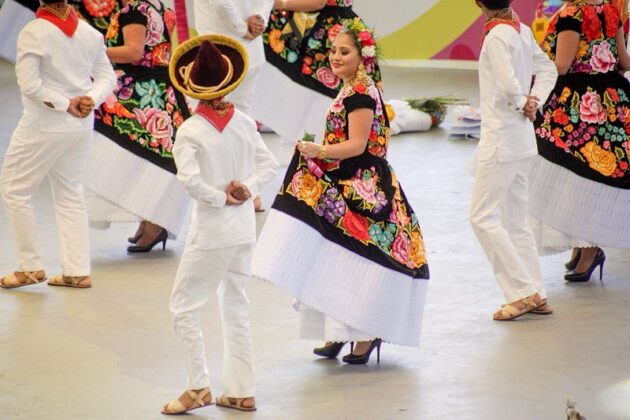 The date of the event began in April, but over time, everything settled down to how it is today; there are archives of the event programs dating back to 1934 where you can see all the activities that included the days of festivities, including typical dances, sports and more.

The Guelaguetza, for some decades now, has had its fixed date of celebration, the two Mondays after July 16, except when the first Monday falls on July 18, the death anniversary of Benito Juárez, in which case, it is postponed for a week. .

Although it is true that in 2020 it was suspended due to the pandemic and in 2021 it was held virtually, the Guelaguetza 2022 will return to the stage.

This year’s Guelaguetza runs for a week, since, as we mentioned before, this is what happens when the Monday after July 16 falls on 18; so the days of celebration will be Monday, July 25 and August 1.

Likewise, remember that the entire month of July is a great party in Oaxaca, the days before the 16th, a great parade called the convite is held.

It is that day when the Chinese Oaxacans are presented accompanied by each of the regions that participate in the event, the Central Valleys, the Sierra Juárez (North), La Cañada, Papaloapan, the Mixteca, the Coast, the Sierra Sur and the Isthmus of Tehuantepec. 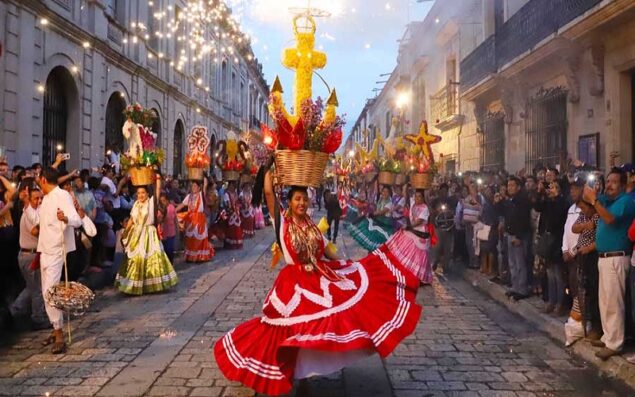 Photo: The Impartial of Oaxaca

Curious facts about the Guelaguetza

On January 14, 1931, the city of Oaxaca, which at that time had 30,000 inhabitants, was shaken by a great earthquake that left the city devastated; collapse of its economy, destruction of a large part of its buildings and exodus of its inhabitants, were part of a very sad and desolate scenario.

However, faced with this situation, the rulers proposed to find ways to move forward and recalled that in 1932 Oaxaca would be four hundred years since its appointment as a city by the King of Spain, Carlos V.

That was the reason that deserved a great celebration and a good opportunity to put the city on its feet.

With an organizing committee meeting since the end of the year of the tragic event, a Regional Exhibition and Racial Tribute were planned, which would take place in April 1932 with great success, setting the precedent for what is today one of the main tourist attractions of Oaxaca, the Guelaguetza.

This event helped the villagers by creating a kind of barter market in which products were exchanged in the absence of money. In addition there were contests and other entertainment to make the situation that they had to live more enjoyable.

Guelaguetza means offering in the Zapotec language, which is understood as an act of giving generously and that will always be reciprocated by whoever received it.

Under this concept, on the day of the celebration in the theater, each delegation that goes up to dance, gives offerings to the public that can be food, typical clothing, decorations, etc. 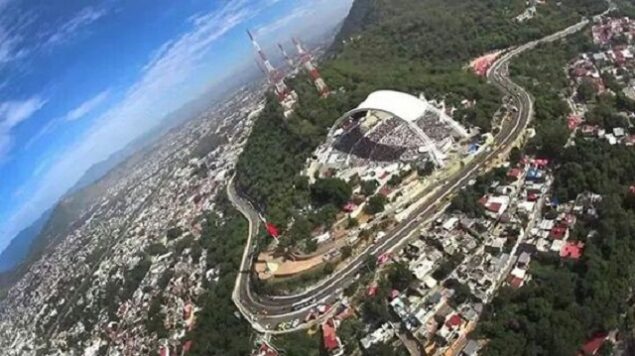 Another curious fact about this celebration is that every Monday of the event, in different parts of the city and at dawn, the “chirimeteros” of the Central Valleys, play the “mañanitas” on the hill, with whistles, drums and shawms, letting people know that the time has come to prepare to celebrate.

The big day begins that way, inviting people to get ready to attend the Cerro del Fortín, where the Guelaguetza Auditorium is located, a place to share an unforgettable day.

Families arrive early to enjoy delicious dishes for lunch, then enter the auditorium to the rhythm of the marimba and wait for the start of the event around ten in the morning.

Finally, it is worth noting that in Oaxaca there is an authenticity committee, a civil body in charge of providing advice and support in the organization of events that take place in the state and whose mission is to contribute to the conservation, research and dissemination of cultural heritage. From Oaxaca.

Likewise, the government of Oaxaca makes a call every year for the selection of the Delegations that will participate in the Guelaguetza and also calls for artists to present their works, which, if chosen, are used as the image of the corresponding year’s edition.

The calls are governed by specific rules, among which the requirement that those who participate be inhabitants of the state and with residence in it stands out.

What has been mentioned so far denotes the commitment with which Oaxacans assume in the care of their customs and that allows us to enjoy the charm and magic of Oaxaca. Live the Guelaguetza 2022, an unmissable experience! 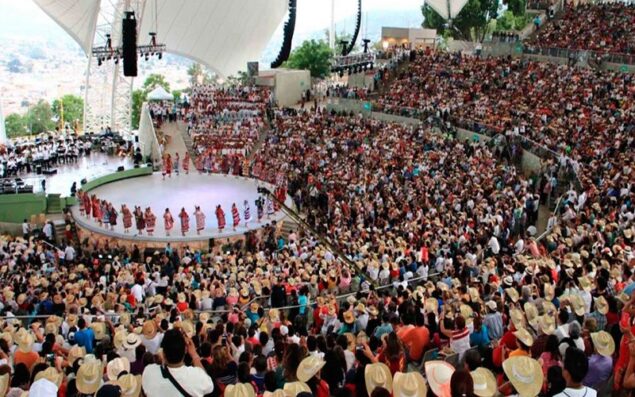