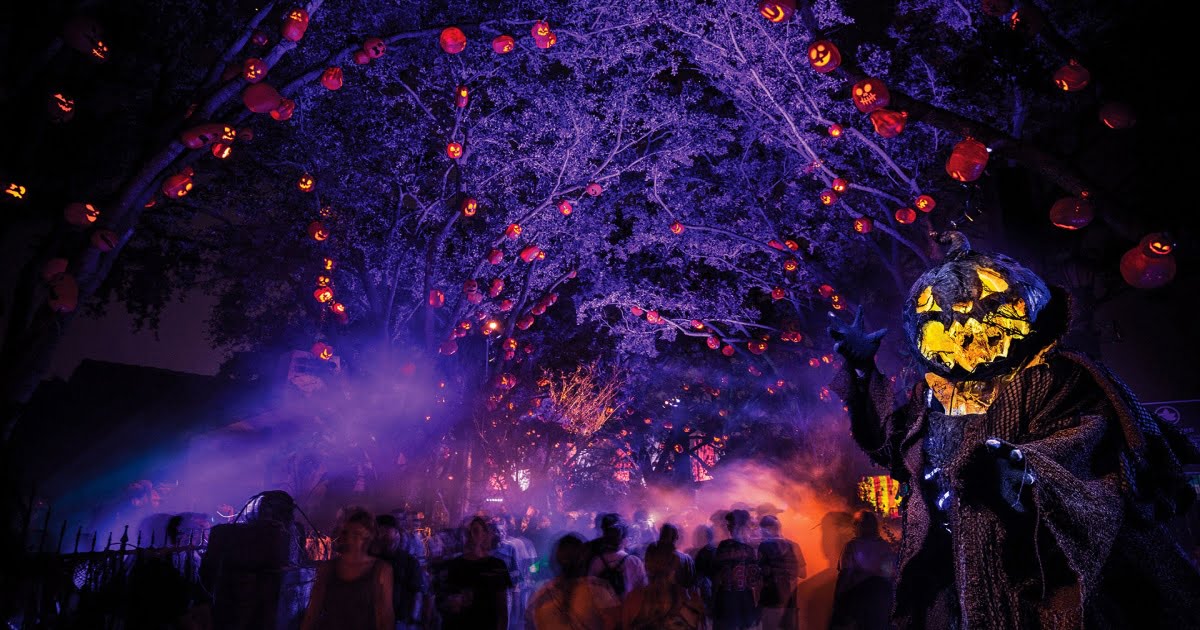 During Halloween Horror Nights, guests will experience some of their worst nightmares in haunted houses and scare zones, unleashing everything from pumpkins and witches seeking revenge to twisted trick-or-treaters to grotesque insects that prey on visitors.

In Spirits of Coven, travelers will be treated to a lively 1920s speakeasy, however something sinister is afoot. A coven of seemingly beautiful witches will attract those who enter a hidden brewing area. After capturing their victims, they will reveal their true form and turn visitors into a witch’s potion.

In Bugs: Eaten Alive they will visit a futuristic house from the 1950s, however at one point they will find themselves surrounded by hordes of disgusting insects after a glitch in the pest control system releases them. Many-legged horrors, ever-growing and mutating eggs, and human hosts will pave the way to the deepest of fears.

In Fiesta de Chupacabras, a small town pays homage to the Chupacabra, with an annual party. In this colorful town, the streets are full of blood from visitors.

In Hellblock Horror, visitors will have to survive visiting hours in a secret penitentiary that is home to treacherous monsters and demons of all kinds, who are hell-bent on dominating and destroying the world. The interdimensional power core that confines the prisoners has failed and the monsters are pouring out of their cells, allowing easy access to the exit and visitors.

In Descendants of Destruction, travelers find themselves deep in the subway tunnels of an abandoned and toxic city, where mutated humans struggle to survive. The deeper they go, the darker their fate. In the dim light of the poisoned depths, hideous creatures, long out of their humanity, attack all who try to force their way through the darkness.

In addition to these houses, you can also visit The Weeknd: After Hours Nightmare, inspired by The Weeknd’s new album; Halloween; Universal Monsters: Legends Collide; and The Horrors of Blumhouse.

In Scarecrow: Cursed Soil you will find an abandoned farm where scarecrow sentinels have risen from the earth’s crust to hunt souls and seek revenge.

In Graveyard: Deadly Unrest, a dark storm descends on a graveyard and awakens the old spirits. These specters rise from their graves to capture souls for all eternity.

In Conjure the Dark, an evil sorceress has entered twisted stone ruins and summoned monstrosities from dark dimensions.

In addition, two live shows will be presented:

Ghoulish! A Halloween Talean all-new show that takes place in the Universal Studios lagoon and follows the Grim Reaper to what happens beyond the grave, set to songs strangely remixed by some of today’s most iconic artists.

Halloween Horror Nights can be enjoyed from September 2 to October 31 and tickets can already be purchased on the Horror Nights page of Universal Orlando Resort.