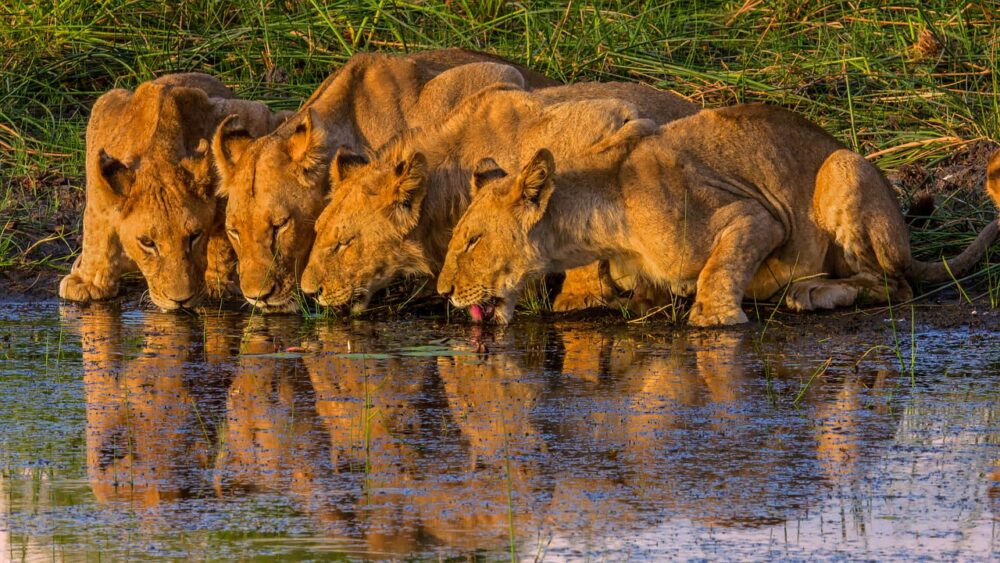 Tour through an extensive area of ​​exotic and wild landscapes for tourism in South Africa.

12 countries are grouped in this territorial division where you can do tourism in South Africa. Its territories lend themselves to a large amount of tourism and adventure and recreational activitieswith a wide variety of landscapes, cultures and stories.

To enjoy it to the fullest, we begin the tour through seven places you should know in southern Africa.

We arrived to Namibiato find one of the longest canyons in the world and the largest in Africa with its 161 kilometers long, 27 wide and about 550 meters deep. They say that this natural wonder took about 500 million years to form and its specific location is in the Ai-Ais Richtersveld Park, which can be reached by car. A widely recommended place for tourism in South Africa.

They recommend visiting it in the morning hours for two reasons: to see it in all its splendor and because of the high temperatures that surround the region. It is worth saying that it is one of the attractions frequently chosen by touristssince there are always outdoor activities to do and because of the viewpoints that give unique views.

We are going to continue another time in Namibia, this time to get to know up close what is considered the oldest desert world. But it not only covers this country, also passes through regions of Angola and South Africa with a total extension of 2,000 kilometers.

In its exotic landscapes of this area of ​​southern Africa, it is where exotic tourism and wild nature are combined, its name means “great place”. In some localities it is possible to observe enormous dunes that reach 300 meters in height and a little further on is another of the amazing places, such as the sesriem canyon. Although it seems a bit hard to believe, you will also get many species of flora and fauna, including mountain goats, elephants, giraffes, wild horsess and different plants that have adapted to temperatures.

This national park was created in 1980, with the aim of protecting the fauna and four years later it was declared World Heritage. It is located in the Republic of Malawi and is approximately 560 kilometers long. In it is found the largest reserve of tropical fish on the planet in fresh waterranking third in size in Africa and ninth in the world.

Now we come to the border of Zimbabwe and Zambiaspecifically in the zambese river where the longest waterfalls in the world are located. The length is 1,700 meters in which they are five waterfalls, with heights between 78 and 108 meters, having higher flow in the rainy season. Its territory is occupied by two national parks and on both sides there are beautiful and attractive places. The recommended time is the first half of the year for tourism in this area of ​​South Africa.

we reach now South Africa and we enter one of the most interesting cities on the continent. It is the second in terms of population in the country and is on the list of those that receive the greatest flow of visitors each year. Among the places to do tourism in this area of ​​South Africa, you have to visit in this town are the Kirstenbosch Botanical Garden containing about 7 thousand species of plants; stroll through the regions where they are the vineyards in Stellenbosch and Franschoek; sunbathe in one of its famous beaches in which surfing is practiced or visualize the mountain that has the shape of a table.

The journey continues, now Botsuanaspecifically in the northern region we will know this delta that is formed with the waters coming from Angola and Namibia. It is a combination of land and water that changes its landscape according to the season of the year. It has 1,000 kilometers of extension in which at least three ecosystems are concentrated. Guided trips and safaris are organized in which they get up close to the animals while viewing a large number of birds. The best time is the dry season since few mosquitoes are found.

This national park is considered the most important wildlife reserve in southern Africa. In total, it gathers two million hectares and to know it completely, two to three days are needed. It has public and private spaces to which some concession has been granted. Among other things you will know the African elephant, rhino and buffalo, you will take a walk along the crocodile river and many other interesting camps. A place that cannot be missed when making tourism to South Africa.

Tell us about your experiences when you visit these places in the comments section!