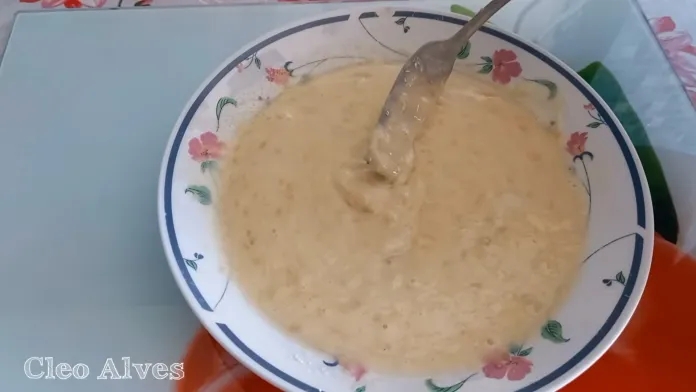 Bandita, in July 2022 I visited the country of Pura Vida for the first time: Costa Rica and I loved it! Here I share the chronicle of my trip.

We arrived at the international airport of San José -the capital- and headed north, to the town of Naranjo. It was July 25 – a national holiday – so we stopped downtown for a walk, before settling down in the place where we would spend the night – Chayote Lodge. The rain did not stop, so after dinner we went to sleep in our cabins.

The next day we had a yoga class, to connect with nature and also with those parts of the body that one normally cannot touch. I even stood on my head! LOL. We tried the typical Tico breakfast -with its inevitable “gallo pinto” (rice with beans)- and we returned to the road to the south to visit an organic farm: Lecanto.

The place is wonderful -full of life, pure life- with flowers and fruits, vegetables and coffee plantations. In addition to this tour, you can also do a “birdwatching” tour, but the rain again took care of giving us a break, and punctually marking lunch time.

Finally that day, we got back on the road, and what would be a 3-hour route on the “Interamericana” became a litany of several hours – at a wheel’s pace. Apparently a tree collapsed and fell on a car, and that in turn caused a landslide. Chaotic.

When we finally arrived at our new destination, exhausted from the trip but in good spirits, we simply had dinner and went to sleep at the Hotel Heliconia. The darkness did not allow us to glimpse the intense colors of Monteverde; we would appreciate it until the next morning.

Day 3: The orchestra of Nature

We have an early breakfast at the hotel and drive to Selvatura, a private reserve that offers different tours in contact with nature.

We start with the wildlife viewing tour, walking along a path in the middle of the cloud forest in search of fantastic creatures. We were able to observe mammals such as white-faced monkeys and coatis, and some birds such as small purple-throated hummingbirds, a reddish dove and a Penelope.

The vegetation is also amazing -green everywhere- and there are 8 suspension bridges that are used to cross over rivers and admire the landscape from the tops of the trees. The tour lasts 2 hours and costs about 42 dollars per person, but seeing animals so beautiful and up close is invaluable to me.

At the end of the tour, we get ready with the necessary equipment and ride to the first canopy platform -or zip line. The circuit consists of 13 lines, some short and others that exceed 800 and a thousand meters. The mix between speed, vertigo and beautiful views are the perfect plan. The $59 tour also includes the Tarzan Swing where you get thrown like a piñata on a swing. and for an extra cost they can be thrown from Superman in the last line; we did it the conventional way.

At the end of the canopy, we went to eat near the town, at Morphos, a very nice restaurant with trees inside and comforting food.

Later we returned to the hotel to change and went to the Curicancha Reserve for a night tour. The darkness was our ally -the storm not so much- but we were able to observe with our flashlights and our telescope several species of animals in their natural habitat: more hermit hummingbirds, olive ridley snakes and a snail snake, insects such as a hope (cricket type) and zompopas (leaf-cutting ants) and birds, such as a motmot and even an iris-billed toucan -the largest in the area.

Our guides were experts in biology, so they explained to us in detail everything that moved -and was heard- around us. The group tour costs $25 dollars and $60 dollars the private tour.

Finally the rain got worse and we had to take shelter like the rest of the animals in the forest.

A clear sunrise in Monteverde allowed us to see the Pacific from the hotel, and gave us good omens to go in search of one of the most beautiful birds in the world: the Quetzal.

We arrived at the Curi-Cancha Reserve, and we began to walk observing the treetops. We were able to see a juvenile perch on the tip of a branch with the colors still muted and shy, typical of its “adolescence”, a bellbird with wise mustaches, and another quetzal, almost at the end of the tour.

When we finished, we boarded the van and began our odyssey towards a new destination. We made a strategic stop in El Limonal, in Guanacaste — where we were able to see some macaws and finally managed to reach Hacienda el Viejo (Wetlands) — for lunch.

The place is magical and here you can do different activities. We opted for a ride on the river to observe fauna; We managed to see a small American crocodile, basilisks -also called Jesus Christs because they run on the water- iguanas embracing the branches and a countrywoman, the beautiful tiger heron, which migrates from Mexico to this wonderful place. The tour lasts a couple of hours and costs around $36.

After an hour sailing we returned to the mainland and had a rum tour, where we learned how the cane is planted and harvested, the processes to obtain the juice and molasses, the still distillation and filtering of brandy, and finally the aging process. in oak barrels and tasting; By the way, we were able to make our own rum blend and we even got out of there with a personalized bottle.

Back in the truck, the sunset accompanied us along a good stretch of road, and after an hour, a starry night welcomed us at our next destination, at the foot of a volcano.

The day began very early at La Hacienda Buenavista, on the slopes of the Rincón de la Vieja volcano. After breakfast we decided to go for a walk through the trails of the dry tropical forest, very alert at all times to glimpse more wildlife.

First a motmot camouflaged among the leaves, a playful agouti in the grass, then the exoskeleton of a cicada -the orchestra of nature- and then climbing the suspension bridges that go from one tree to another, allowed us to see different types of monkeys, especially howlers, moving with grace and balance among the branches.

On the way to our next activity, we found a huge Ficus, and apparently inspired by monkeys, my friends decided to climb it.

Once down, we put on our bathing suits and headed to the toboggan section, a slide of more than 500 meters propelled by the natural current of the mountain. The speed you pick up is impressive, and it’s a lot of fun to launch yourself several times, until the body holds.

After lunch we boarded a tractor that took us -after 20 minutes of walking- to the hot springs “Cataratas de Pacaya”; some did the cosmetic ritual of volcanic mud, and I simply enjoyed the warm water and its therapeutic properties.

Finally we went to the viewpoint of the hacienda, and we settled on the terrace to wait for the sunset, which did not disappoint, and we stayed there for a long time until nightfall.

We say goodbye to the Hacienda Buenavista del Rincón, we return to the highway and head to our volcanic destination: the Rincón de la Vieja National Park.

Immediately we managed to catch a glimpse of a white-faced monkey resting on a branch, we crossed a river, we came across a Ficus with extraordinary roots and we continued walking following a well-marked trail.

The place is so magical and so natural that some signs indicate the emergency route in case of a sudden volcanic eruption.

After a few minutes we came across a beautiful waterfall and later we noticed a faint sulfurous smell in the air, which indicated the presence of volcanic vapors. It was thus that we were able to appreciate the first fumaroles, and later on a “little volcano” from which bubbling mud emanated, and a “fumarolic” lagoon.

The tour took about three hours and costs $17. Afterwards we were rewarded with a delicious meal at Don Patacón.

Around 4 pm we arrived at our last stop in Tamarindo and stayed at the Wyndham hotel, right on the acropolis of this coastal city. The view from their balconies is beautiful. That is how we decided to stay and enjoy the pool and then the sunset over the sea.

At night we went out to dinner at “El Mercadito de Tamarindo” a space with a wide variety of local and international restaurants and we finished the night giving everything -first in a bar- and then in a huge nightclub The Alley Tamarindo. The next day, with a bit of a hangover – nothing that the sea can’t heal – we went to the beach to surf and then to have lunch again at El Mercadito.

Finally we took the highway towards the capital, and after almost 5 hours we managed to arrive in San José. This last night we stayed in front of the beautiful National Theater and had dinner right there in the hotel.

This is how this trip came to an end, I loved Costa Rica, and I promise to come back for more Pura Vida!