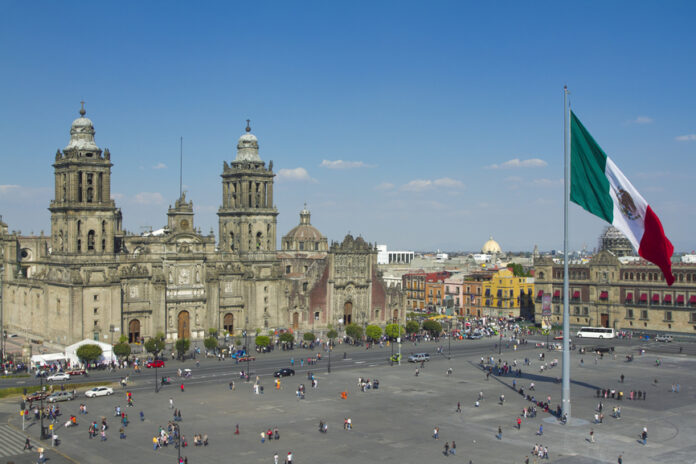 Activities and places that you can do in the Mexican capital completely free.

National and international tourists choose Mexico City as one of its main destinations to vacation and visit. In the midst of its immensity, there are many attractive places that cannot be left out on the tour.

It is the most populated city in Mexico and combines a rica gastronomy, varied cultural offer and a beautiful historic center. In this installment, we have collected ten free options to do on your next visit. Here we leave you the list of the 10 free things to do in Mexico City to schedule.

In recent years it has become a quiet and safe area for visitors. Among the places you will see on the tour is the Palace of Fine Arts which has been declared an Artistic Monument by Unesco, the Constitution Plaza which is the largest in the city, the Metropolitan Cathedral and the National Palace.

Es one of the archaeological zones of Mexico that receives the most visitors. These are the ruins of one of the largest pre-Hispanic cities in Central America, its importance dating back to the 1st century but it was abandoned around the 7th century. There are striking places like the Pyramid of the Moon or the Calzada de los Muertos. On Sundays, admission is free for national visitors and foreign visitors who prove their residence in Mexico.

This building stands 46 metros covered by striking aluminum pieces on the outside. It is on the list among the best museums in Mexico City and for a few years opens its doors to the public completely free. In its six floors there are various exhibitions, paintings, murals, paintings and sculptures.

This building that rose at the beginning of the 20th century It served as a prison at one time and to which various important figures in Mexican history were. He is currently the General Archive of the Nation where various objects of interest are kept among them the 1917 Constitution and various flags.

It is one of the largest forests in the world with 647 hectares. It is the main vegetal lung of Mexico City and within it there are many activities to do. Admission is free and inside the botanical garden, a zoo, various monuments, museums and lakes are available. You can see the tracks of the old railway that go from the Soumaya Museum to this place.

PLAZA OF THE THREE CULTURES

This set dates back to three different eras in Mexico City and hence its name. It is in the neighborhood of tlatelolco It has been the scene of various violent acts. Remains of the old part are preserved, but there is also a Catholic temple and current buildings that represent local modernity. There are ruins of a pyramid and other commercial aspects of the prehispanic era.

WALK OF THE REFORM

Especially on Sundays, the route of the avenue between the Paseo de la Reforma and the Central Almeda it becomes a huge cycle path to travel by bicycle. If you don’t have one, there is the option to lend or rent it. The required requirement is to leave the documentation and you can see many of the buildings while you exercise.

This charming neighborhood is cobblestone streets, colonial houses and squares with trees. You can spend hours exploring its roads, craft shops and galleries. It is worth strolling through Hidalgo Square and get to the nurseries, which is a plant nursery and a public park that has several trails for physical activity. Open every day from 6 in the morning to 6:30 in the afternoon. The 10 best free things to do in Buenos Aires

There are many religious buildings that have an impact due to their architecture and design. It starts from the Basilica of Guadalupe and the Metropolitan Cathedral which are the two most preferred by travelers. But in the historic center there are others that have a lot of history and tradition such as the Santo Domingo, San Francisco and Isabel La Católica. In nearby neighborhoods you will also get other important buildings.

It is a huge market that has about 400 stores in the nine streets that make it up. There is a mixture of Mexican culture and it is a place that cannot be missed. You can find almost everything and it is even possible to eat in the same place.

As you can see, there are many things you can do without spending extra money and get to know this wonderful city from the inside.